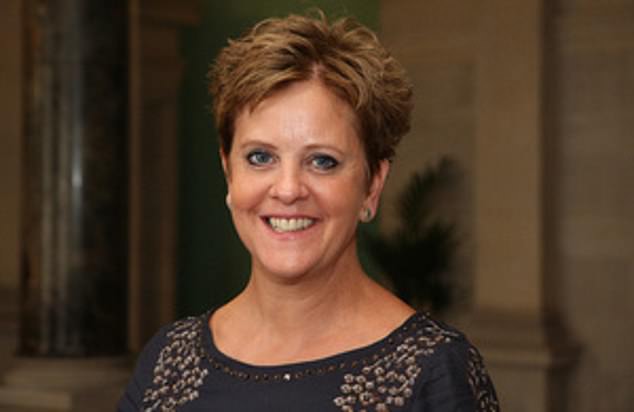 By Sophie Tanno For Mailonline

All of the UK’s most senior ambassadors are female for the first time in history, after it was announced a woman would replace the current ambassador to France.

Other women in key posts include Dame Karen Pierce in Washington, Julia Longbottom in Tokyo, Jill Gallard in Berlin, Caroline Wilson in Beijing, Deborah Bronnert in Moscow and Jill Morris in Rome.

Vicki Treadell holds the position of High Commissioner in Canberra while Dame Sarah Mackintosh works as the UK ambassador to NATO.

Mother-of-three Mrs Rawlings, 53, joined the Foreign Office in 1989, and served as British High Commissioner in Canberra from 2015 to 2019.

In 2018, she praised Jodie Whittaker’s casting as the first female Doctor Who, saying: ‘The news that a woman will finally get to play this iconic role is celebrated and, if anything, seen as overdue.

‘It is fantastic that [girls] will finally see a female Doctor, just like them… travelling through time, using sonic screwdrivers, and saving the universe.’

Foreign minister Dominic Raab said he was ‘delighted’ at her appointment, adding: ‘I look forward to working with her when she takes up her post in the summer.’

Women were banned by the Foreign Office from holding ambassadorships until 1946. Up until 1976, they were required to leave the role if they decided to marry.

The UK named its first married female ambassador in 1987.