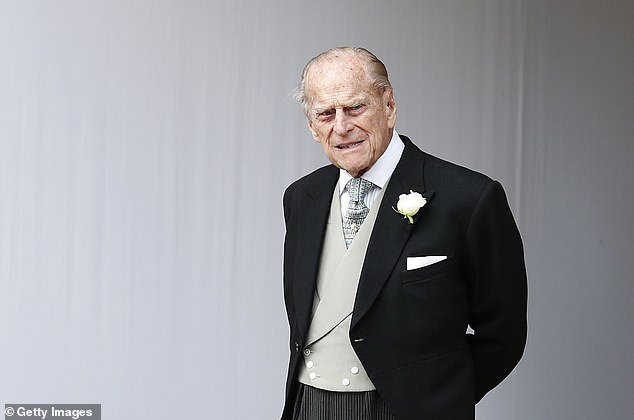 Prince Philip died of ‘old age’: Royal’s death certificate suggests no single disease was to blame when he passed away peacefully at Windsor aged 99 last month

By Sam Greenhill for the Daily Mail

The Duke of Edinburgh died of ‘old age’, his death certificate reveals.

Yesterday his official death notice was revealed. It states that the cause of death was simply ‘old age’.

It was certified by Sir Huw Thomas, head of the royal medical household.

The description ‘old age’ is accepted if the patient is over 80 and if the doctor has personally cared for the patient for a long period, observing a gradual decline.

It suggests there was no other identifiable disease or injury that contributed to the death, including the heart condition that forced him to undergo a surgical procedure just weeks before he died, according to The Daily Telegraph, which obtained the certificate.

The Duke’s death was registered with the Royal Borough of Windsor and Maidenhead by his private secretary, Brigadier Archie Miller-Bakewell, on April 13, four days after he passed away.

The certificate gives a nod to the Duke’s Greek heritage as well as his own surname, Mountbatten, which he is said to have fought for the royal family to use.

The certificate lists his occupation as ‘Naval Officer’, a successful career of which he was enormously proud, and ‘Prince of the United Kingdom’.

His second occupation is listed as ‘husband of Her Majesty Queen Elizabeth II, The Sovereign’.

As the informant, Mr Miller-Bakewell’s qualification was listed as ‘causing the body to be buried’.

Mr Miller-Bakewell headed a small team of loyal staff who walked behind the Duke’s coffin as it made its way to St George’s Chapel from Windsor Castle for his funeral on April 17.

Since the beginning of the coronavirus pandemic, the council has requested all deaths to be registered by telephone.

While it is normally a relative who registers a death, anyone who was present at the death, an occupant of the house where the death occurred or the person making the arrangements with the funeral directors is permitted to do so.

There is a legal requirement to register the death within five days.