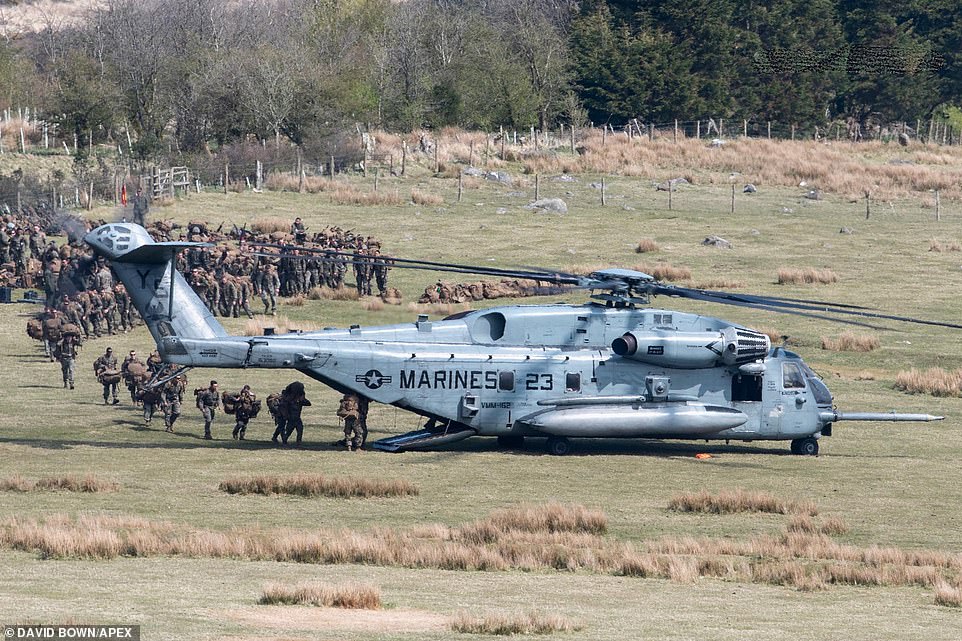 Mission to Dartmoor: US Marines pile aboard twin-propeller Osprey and Sea Stallion choppers after they swoop in from USS Iwo Jima warship off Ireland

US Marines have been pictured practicing manoeuvres on Dartmoor after arriving from a warship anchored off the coast of Ireland.

Two twin propeller Ospreys, which boasts tilt rotors meaning it can perform both vertical and short take offs and landings, was also spotted flying in the area.

The aircraft flew from the 40,500 ton USS Iwo Jima amphibious assault ship off the coast of Ireland.

The Wasp-class vessel’s official Facebook page said: ‘This past week, IWO JIMA conducted operations in the Atlantic Ocean and the crew continued to hone their warfighting skills by holding training and completing a number of drills.