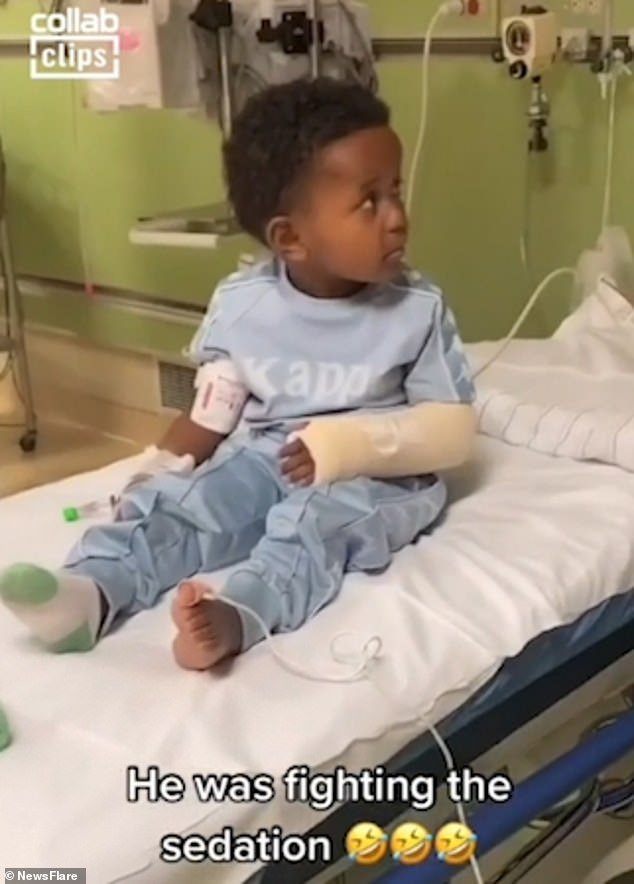 This the adorable moment a three-year-old boy was fighting to remain awake while medics gave him sedatives ahead of surgery.

Little Messiah, from Louisville, Kentucky was being filmed by his mother Jayla while the youngster was about to undergo surgery on his broken arm.

A doctor tried to gently coax the young boy to lean back as the sedatives were making their way into his system.

Little Messiah, pictured, from Louisville, Kentucky, pictured, was determined not to fall asleep despite the best efforts of medics to prepare him for surgery 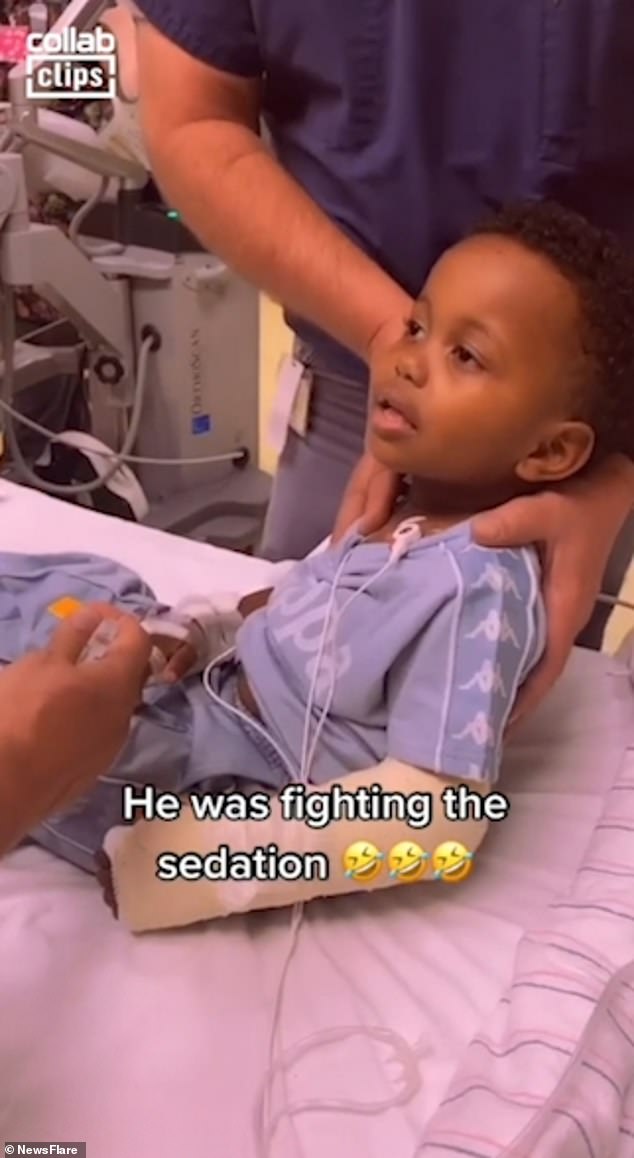