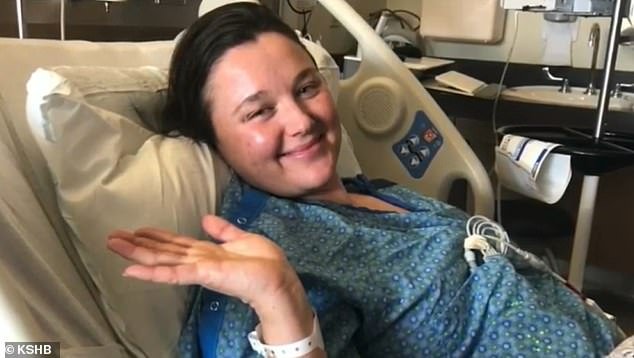 Doctors say they may have discovered a cure for the type of blood clots linked to Johnson & Johnson‘s coronavirus vaccine that may have saved a Colorado woman’s life.

Morgan Wolfe, 40, from Aurora, received the one-dose shot on April 1. Soon after, she began experiencing a headache, dizziness and changes to her vision.

Twelve days after being given the vaccine, she wen to the emergency room at UCHealth University of Colorado Hospital, where scans showed a blood clot in her brain and in her lungs.

At the time, the Centers for Disease Control and Prevention (CDC) had advised that patients experienced clots after getting the J&J shot not be given a popular blood thinning medication called heparin.

Instead doctors tried an alternative known as bivalirudin.

Not only did it help break up Wolfe’s blood clots but she was able to leave the hospital and go home just six days later.

Morgan Wolfe, 40, from Aurora, Colorado, ended up in the hospital (pictured) 12 day after receiving the Johnson & Johnson vaccine on April 1 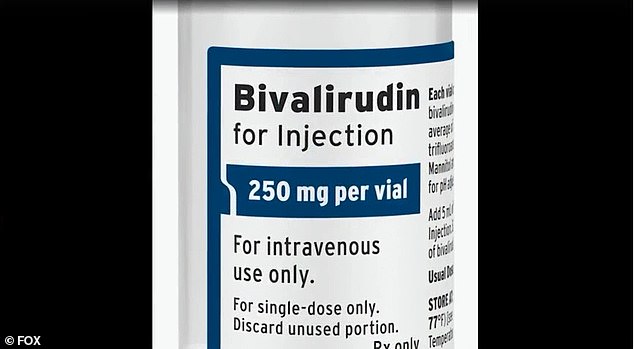 After the CDC warned that the blood clotting medication heparin could make the condition worse, doctors tried an alternative called bivalirudin (pictured)

Wolfe told ABC 7 Denver that she felt fine after getting the J&J vaccine and that her symptoms didn’t begin until about one week later.

‘Suddenly in the afternoon, I just all at once felt a headache and chills and body aches,’ she said.

She then experienced other side effects including dizziness, chills, body aches and changes to her vision, and the only symptoms only worsened.

On that same day, the CDC and the U.S. Food and Drug Administration (FDA) recommended a temporary pause of J&J after six women developed rare, but serious, blood clots out of 7.2 million vaccinations.

The figure was later updated to include 15 people out of more than eight million given the J&J vaccine, or 0.00018 percent.

After explaining her symptoms, Wolfe underwent a battery of tests.

‘We did a CT scan that showed a clot in the brain and a clot in the lungs,’ Dr Todd Clark, assistant medical director at UCHealth University of Colorado Hospital, told ABC 7 Denver.