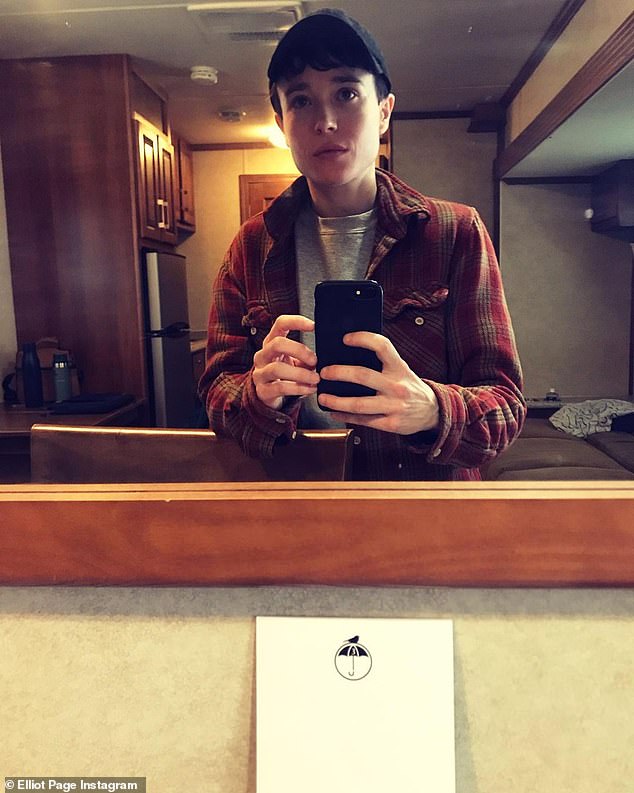 Elliot Page is back on set of Umbrella Academy to film season three of the popular Netflix show.

The 33-year-old actor shared a mirror selfie to Instagram from what appeared to be a dressing room trailer, with a note featuring the show’s umbrella logo.

Elliot had previously posted about returning to work in February, days after six cast members were granted a massive pay raise when banding together to approach Netflix‘s higher-ups with demands for salary negotiations after the show was picked up for another season.

Ready to go! Elliot Page is back on set of Umbrella Academy to film season three of the popular Netflix show

Elliot held an iPhone with a black case up to the mirror and showed off a red flannel shirt worn on top of a grey crew neck sweater.

Page — who is best known for his role in the teen drama Juno — announced in December that he was transgender and that his pronouns are ‘he and they.’

Soon after his announcement, Netflix confirmed that he would stay on in his role as Vanya Hargreaves, a cisgender lesbian, in The Umbrella Academy, a role he has portrayed for two seasons.

While many lauded Netflix for the decision and wondered if show writers would now make Vanya’s character transgender, others questioned and shared their confusion, with some fans calling it ‘political correctness gone crazy’ that Elliot will continue playing a female character despite coming out as a transgender person. 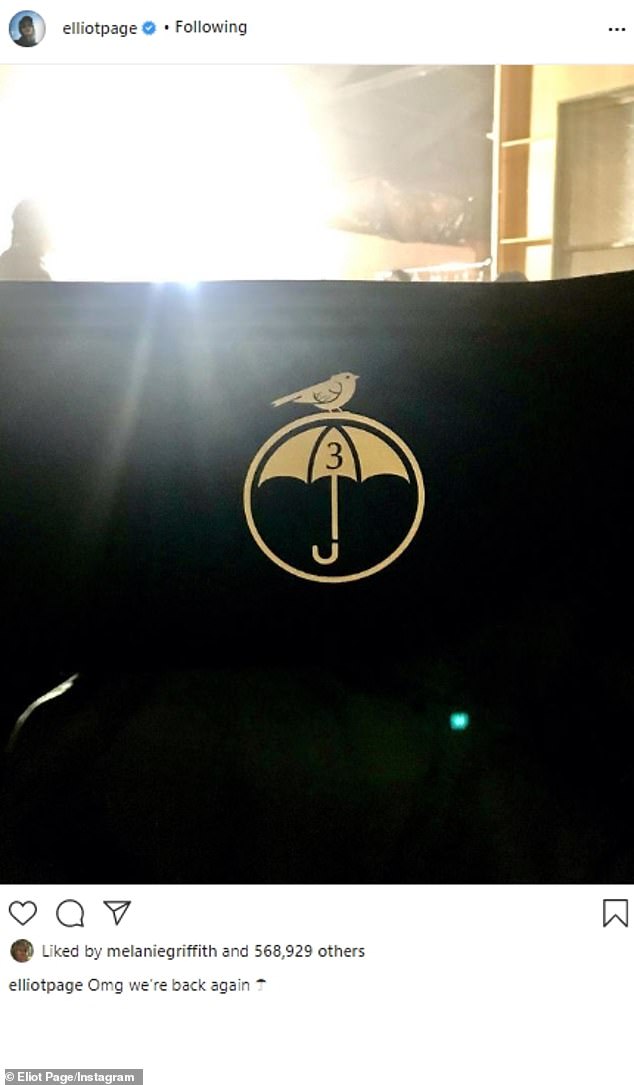 Action! Elliot Page shared a snap to Instagram of the back of a director’s chair with the show’s logo in February to announce: ‘Omg we’re back again’ 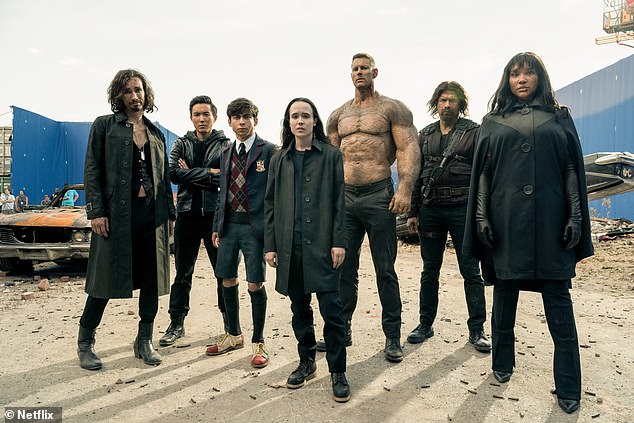 Star power: David Castaneda, Aidan Gallagher, Tom Hopper, Emmy Raver-Lampman, Justin Min and Robert Sheehan approached the streaming service and asked for higher paychecks in February and will now earn more than $200,000 per episode as part of the renegotiation, according to Variety

The show has been a massive hit for Netflix and the second season topped Nielsen’s first-ever streaming rankings in September.

Each of the actors will now earn more than $200,000 per episode as part of the renegotiation, according to Variety.

Elliot also reportedly received a boost in pay, but was not involved in the negotiations as they had a separate contract earning a higher rate as the star of the show.