Visitors ushered into the inner sanctum of Greensill Capital’s offices on the Strand in central London could have been forgiven for thinking they were meeting a world statesman.

Behind the desk of founder Lex Greensill was a wall of photos of the Aussie son of a sugar-beet farmer in the company of political leaders including Barack Obama and David Cameron.

Yesterday, Mr Greensill was again in the company of politicians, but in less salubrious circumstances.

He was being grilled over a webcam by the Treasury Select Committee about the collapse of his finance group, which became a political cause celebre after former Prime Minister David Cameron — who was an adviser to Greensill Capital — desperately lobbied Cabinet members, senior Treasury mandarins and senior staff at the Bank of England on behalf of the company.

While David Cameron’s brazen behaviour has stolen the headlines, what has escaped attention is the shattering impact of the debacle at Greensill Capital. Pictured: Cameron (left) and Greensill in Saudi Arabia in January 2020

Cameron, who stood to make tens of millions if the group made it to the quoted markets rather than collapsed, will himself be in the dock before MPs tomorrow.

But while the ex-PM’s brazen behaviour has stolen the headlines, what has escaped attention is the shattering impact of the debacle at the UK-based group. It has sent shock waves across the globe, with serious repercussions in countries from Australia to the U.S., Germany and Switzerland.

Not only has it triggered one of the most toxic and far-reaching financial crises of our time, it has also exposed an enormous and terrifying failure in enforcement over the British financial system.

The implosion of Lex Greensill’s organisation far eclipses other recent business collapses, such as that of the investment scheme London Capital & Finance (LCF), which went into administration in January 2019 with investors losing hundreds of millions.

It is more far-reaching even than the disintegration of disgraced fund manager Neil Woodford’s Equity Income Fund, which was suspended with £3.7 billion of investors’ money trapped in it.

Indeed, to my mind the Greensill affair has echoes of the Lonrho scandal of 1973, which led to Prime Minister Ted Heath lashing out in the Commons against the ‘unacceptable face of capitalism’, and was among the factors that led to Heath’s decisive defeat by Harold Wilson’s Labour in the 1974 election.

The lasting legacy of Greensill will not be Cameron and his opportunism, but the damage the company has wrought across the world.

In Britain, Lex Greensill’s enterprise — which stands at the epicentre of a labyrinthine, global financial structure — threatens the future of steel and metals production, and brings free-market capitalism into disrepute.

It has cast a terrible pall over Credit Suisse, the Zurich-based bank. This is because, in echoes of the 2007-09 financial crisis, Credit Suisse took on dodgy Greensill credits loaned against invoices, then sliced and diced them into neat packages of securities, and sold them on to unsuspecting investors.

They were comforted at the time by the fact that they were insured by the global insurance giant Tokio Marine. But then the insurer withdrew its cover and the value of the loans imploded.

In Germany, the collapse of Greensill Bank, which had billions of euros in deposits, triggered a criminal probe by regulators. In the United States, the businessman and Republican Governor of West Virginia, Jim Justice, has launched legal action against Greensill in the Manhattan federal court, claiming his mining enterprise Bluestone is the victim of ‘material misrepresentations’. 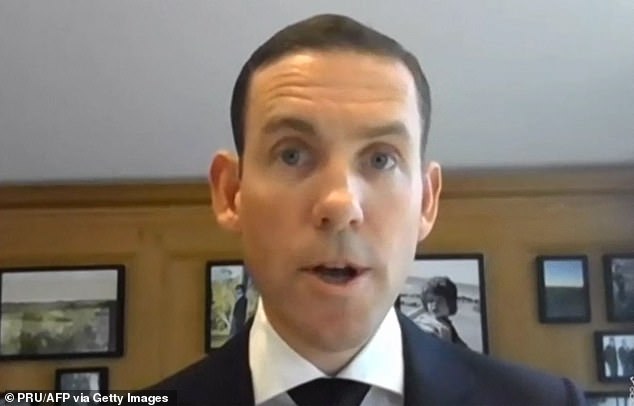 There is a huge claim against the company from Japan’s multi-billion investment fund Softbank. And in the town of Bundaberg, in Queensland, Australia, Lex Greensill’s spiritual home, his sprawling enterprise has been put into insolvency with debts of £3.6 billion.