The West End star confirmed the news in a tweet shared with her followers on Tuesday afternoon, little more than a week after detailing the impact lockdown has had on her mother’s health.

In a lengthy post, Ruthie, 54, lashed out at the government for implementing guidelines that prevented the actress and her family from visiting Gloria at the height of UK quarantine. 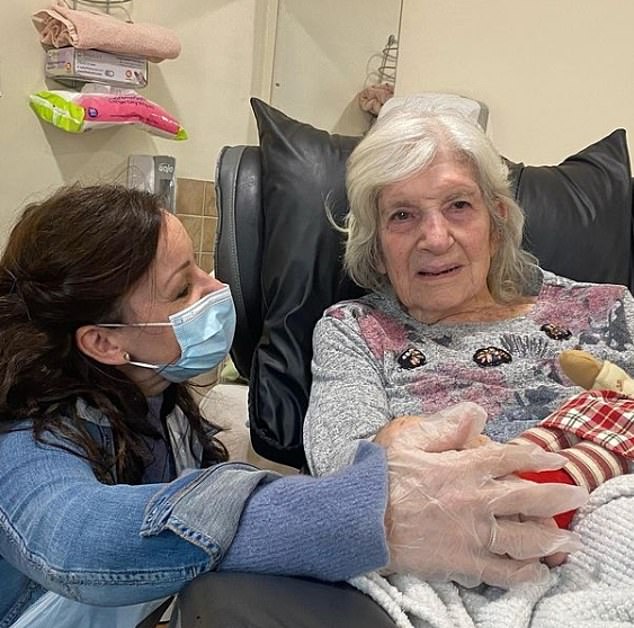 Support:  Ruthie had previously detailed the impact spending lockdown in a care home had on her mother as she campaigned to make visits a legal right

She wrote: ‘My beautiful mummy Gloria passed away very peacefully early this morning. I managed to care for her for a few short weeks.

‘It was my honour and my privilege. If the government had made their guidance law my sisters would have seen her more than a couple of times before losing her.

‘Even recently my sister Susan was doing window visits because she wasn’t able to get an indoor visit for 3 weeks. Spring Lodge, the care home my mother was in, followed the guidance but still there are care home providers and managers that are not.’ 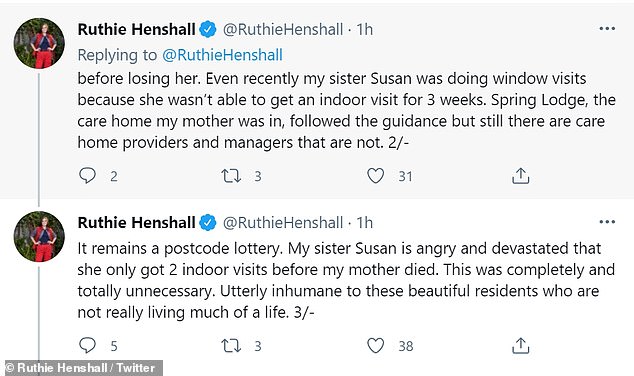 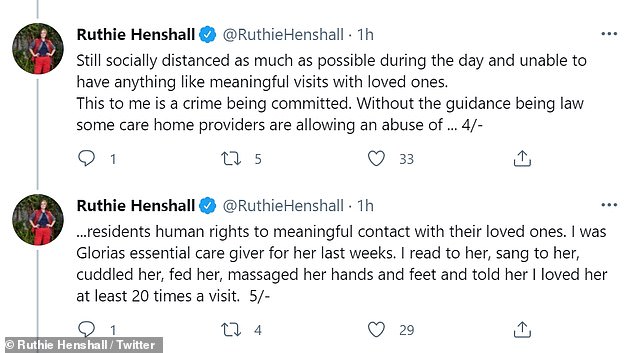 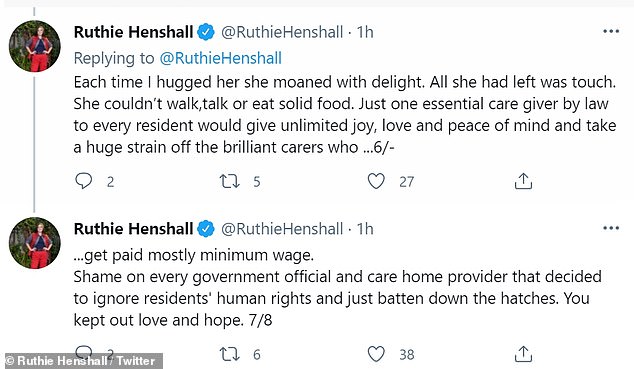 She added: ‘It remains a postcode lottery. My sister Susan is angry and devastated that she only got 2 indoor visits before my mother died.

This was completely and totally unnecessary. Utterly inhumane to these beautiful residents who are not really living much of a life.

‘I am devastated. I hope it was worth the cost to keep them behind locked doors?’

Ruthie had previously detailed the impact spending lockdown in a care home had on her mother as she campaigned to make visits a legal right.

The actress was speaking on Good Morning Britain on May 4th when she described how Gloria  had deteriorated during her spell in her care home.

Ruthie said: ‘Before lockdown, she was walking and talking, had a full on conversation the day before my father died. 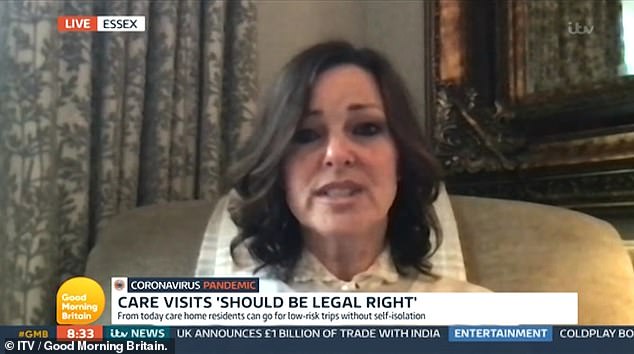 ‘What does she have left but touch?’ Ruthie spoke on GMB on May 4th about her mother’s decline after living in a care home

‘When the restrictions were put in place, for four months she was on her own in her care home… She couldn’t walk, couldn’t talk, her food had to be mushed up, her drinks had to be thickened.

‘You expect some form of deterioration, but not like that.’

Ruthie was appearing on the show to talk about the campaign group Rights For Residents aiming to put pressure on the Government to make visits to care homes a legal right.

She said that as an essential carer, she currently gets good access to her mother in her care home.

‘But for others,’ she said, ‘it’s a post code lottery. Some care homes are not taking up guidelines for fear. 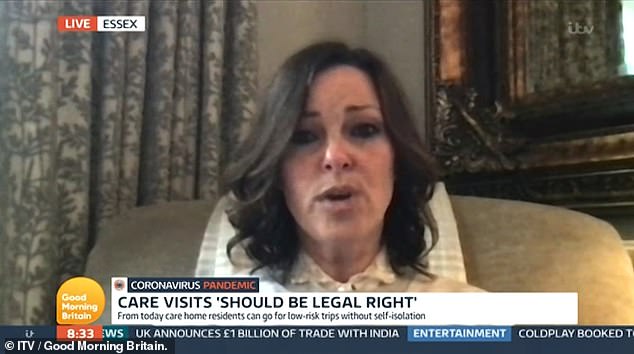 There for her: Ruthie has been classified as an essential carer for her mother, meaning she is allowed to visit her in her care home

‘As far as I’m concerned, where are the human rights of the residents? There’s some people that haven’t seen their loved ones in 14 months.’

Ruthie also said that she doesn’t understand why carers are allowed to go into the rooms of multiple patients and then go home and see their families, but her sisters are not allowed an extended period of time with her mother.