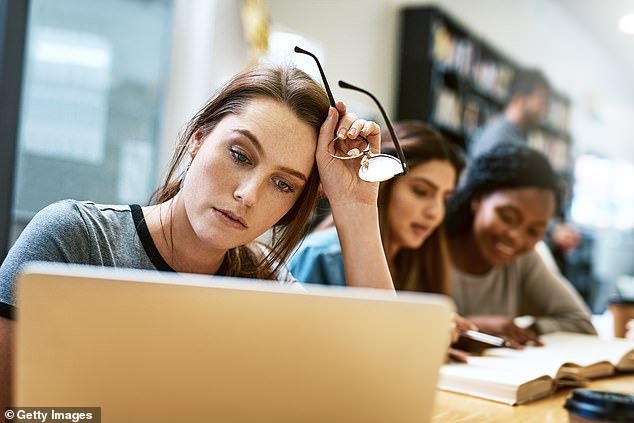 Students have been left in limbo after the deadline for university offers was extended despite having to still apply for funding and accommodation.

People usually know where they have been offered a place before they sit their final exams but UCAS extended its offer deadlines due to the pandemic.

Some students say they have still not received all of their offers despite the deadline closing next week.

But they are still being asked to apply for accommodation at university where they do not yet know if they will take up a place as they wait to hear back from their first choice.

Universities that have opened their applications for student accommodation require students to have accepted an offer before they apply.

The situation has left students in limbo and at risk of having less choice as to where they live if they are forced to apply late.

Worried parents said it’s the ‘perfect storm’ which is having a ‘negative impact’ on youngsters.

A parent from Glasgow, who spoke on the condition of anonymity, said she is concerned for her son who applying for a university place this year.

She said the UCAS deadline for students to put in applications had originally been advertised as January 15 but was delayed to January 31 after the post-Christmas lockdown.

The deadline for the universities to reply and accept or decline applications was delayed from the end of March to May 20.

The concerned mum said: ‘It just seems like this is a perfect storm that’s really having a negative impact on young people.

‘What’s resulted is that the deadlines for universities coming back to applicants has been moved.

‘The unexpected consequences are that a lot of kids are still waiting for applications from some universities.

‘They just can’t do anything.

‘Meanwhile, we’re now at the point where universities are advertising the fact that applications that are open for accommodation.

‘A lot of those universities won’t accept an application for accommodation until you’ve actually accepted their offer, which again makes sense but it means that you could get into a situation where all these deadlines are just rubbing into each other.

‘My son doesn’t know whether he’s going to be moving away or not.

‘One of his choices was Glasgow, where we live and he’s received a decision on that, but he’s still waiting for Edinburgh, so he doesn’t want to make decisions until we’ve heard from them – the final piece of the jigsaw.

‘SAAS have now opened for applications for tuition fees, so if my son is going to be studying in Scotland, he needs to apply to them for his tuition fees, but he can’t apply until he’s decided which institution he is going to – but the SAAS deadline is the 30th of June, which doesn’t give us a lot of time.’

A spokesman for the University of Glasgow admitted there had been ‘slight delays’ but said most offers were being made on schedule.

He added: ‘The University’s admissions policy published in 2020 is clear and remains unchanged, although there is some flexibility to take account of personal circumstances.

‘There has been a large increase in applications this cycle, complicating and delaying decisions for some Scottish applicants to some degree programmes. However, the majority of pupils have received offers while others are in the process of receiving theirs.’

A spokesman for the University of Edinburgh said: ‘As of Thursday decisions have been made on all but a handful of applications from Scotland, with fewer than one per cent awaiting a decision.’

UCAS said the deadline for universities to reply to offers was not delayed from end of March to May 20.

A spokeswoman said in previous years universities were encouraged to respond to students by end of March, but it was not a deadline – the deadline for them to do so was May 6.

Before Christmas UCAS announced the deadline would be moved from May 6 to May 20.

The spokeswoman said ‘UCAS has provided continued and extensive support to students throughout the pandemic.

‘As part of this, we work closely with government departments, regulators and awarders of qualifications and the sector to ensure students are kept up to date with the latest information regarding their application and the changing environment.

‘We have continued to flex deadlines in response to the pandemic.

‘Over the past 12 months we have adjusted deadlines, in consultation with the sector, to give students more time to make their decisions.

‘The majority of students that applied by the January deadline will have received the decisions from the university or college they have applied to, and for those that have yet to hear, we expect that all decisions will be made by May 20.

‘If a student has a question about their application, we would advise they either contact the university or college(s) they have applied to, or a UCAS customer advisor.

‘We look forward to final awards being made to students in Scotland by SQA on August 10 and students finding out the confirmation of their university applications.

‘In the event a student does not receive the outcome they were expecting, Clearing offers extensive choice, with over 30,000 courses expected to be available.

‘We will support those students along the way, and have introduced new features such as Clearing Plus to help them make fully informed choices..’