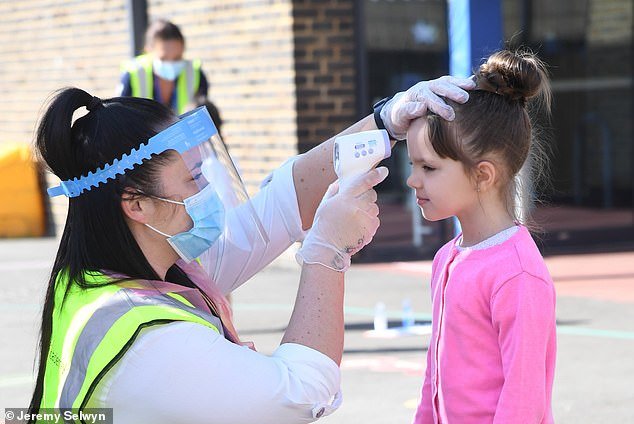 Three in five workers in early years settings say fewer children are reaching the expected levels of learning and development since Covid began.

Nearly half of staff who work with pre-school children believe the attainment gap between poorer under-fives and their more affluent peers has grown during the pandemic, a survey by the Early Years Alliance (EYA) found.

A poll of more than 1,300 workers in nurseries, pre-schools and childminding settings in England found that 59% say fewer children from all backgrounds are meeting the expected level of attainment in the prime areas of learning and development since the start of the coronavirus pandemic.

More than half (54%) said they had observed negative changes in children’s learning and development when they returned after the first lockdown.

One respondent said youngsters had forgotten how to put on their own shoes, while another said some pre-schoolers now look at toys ‘blankly’ and do not know how to use their imaginations and play.

Of those who saw negative changes, 42% said these were more evident in children from more economically disadvantaged backgrounds.

They added: ‘They have lost the ability to play independently. They are taking a long time to settle away from their parents. 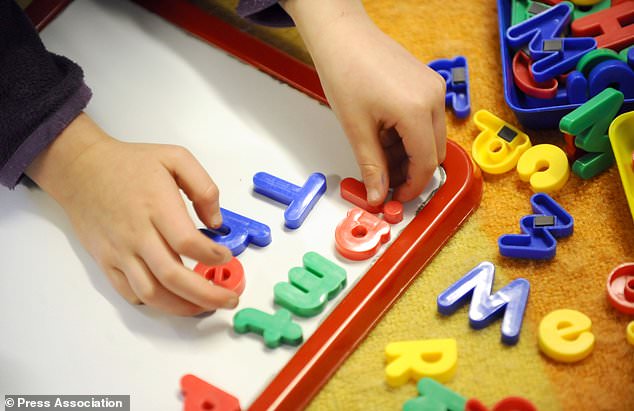 ‘Some have returned with very good literacy and numeracy skills but are nowhere near where they should be with personal, social and emotional development, or physical and self-care skills.

‘They are lacking in gross motor skills because they have been indoors a lot, and some who could put on their own shoes before lockdown have forgotten how.’

Another respondent said: ‘They look at toys and loose parts blankly, with no idea how to explore and use their imaginations.

‘They often ask for the TV or to play with my phone and are confused when I tell them ‘no’.

‘I worry about what this year has done to their development and how long it will take to make up for lost learning.’

One respondent said: ‘The only thing preventing us from delivering all the interventions we would like to be able to deliver is a lack of finances.

‘We are running with the minimum level of staff to meet the statutory requirements, because we cannot afford to pay additional staff.

‘More staff would enable more, and more effective, interventions which would have a huge impact on the learning and development of all our children but particularly those that are currently under-achieving.’

More than four in five (82%) respondents said the Government is not doing enough to support early years providers to tackle the impact of the pandemic on under-fives, with many citing a lack of adequate financial resources and an inability to invest in additional staff to offer targeted support.

Prime Minister Boris Johnson has already made £1.7 billion of catch-up funding available in England to help children who have faced disruption to their education due to Covid-19.

Only £10 million of this package will go towards supporting early language development in pre-reception settings, while a further £8 million will be available to schools for children in reception classes.

EYA chief executive Neil Leitch said: ‘Practitioners responding to the survey said they know exactly what children at their settings most need to recover lost skills and confidence, and that the only thing stopping them from taking action is a lack of resources.

‘It is therefore vital that nurseries, pre-schools and childminders are given dedicated financial support for recovery, and the autonomy to use it as they see fit.

‘Proper funding would enable the targeted interventions needed to improve children’s personal, social and emotional development alongside their physical development, which many respondents noted have suffered as a result of being cut off from their friends and opportunities to play and explore.

‘Given the proven link between investment in early years and better educational and social outcomes, especially for the most disadvantaged children, a failure to invest now would be unforgivable.’

On Friday, the Department for Education (DfE) encouraged all state schools in England with a reception class to apply for resources and training as part of its £8 million early years catch-up programme.

It is hoped the scheme will raise the outcomes in Reception-age children’s early language, communication and speech skills.

Children and Families Minister Vicky Ford said: ‘We know the first years of a child’s life can be the most formative, which is why this Government is making it a priority to make sure all children have the best start in life.

‘Speaking and communicating with confidence sets a child up for success in life, so it’s vital that we support children to grow in confidence with these skills – especially those for whom English is not their first language or who have been more isolated during the pandemic than their peers.’