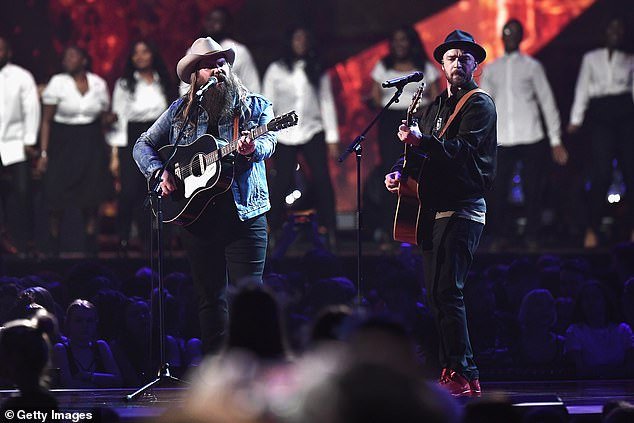 By James Gant For Mailonline


A choir that performed for the Queen‘s 90th birthday and has worked with Justin Timberlake and Madonna is on the brink of collapse.

The London Community Gospel Choir has seen funding plummet after stage concerts dried up amid the Covid pandemic.

The group’s founder Bazil Meade MBE, who set it up in 1982, said lockdown had been ‘particularly tough’ and admitted they were ‘desperate for funds’.

He has organised an online concert on Saturday with other stars such as Dave Stewart, Mica Paris and Beverley Knight performing to ‘inspire fans’. 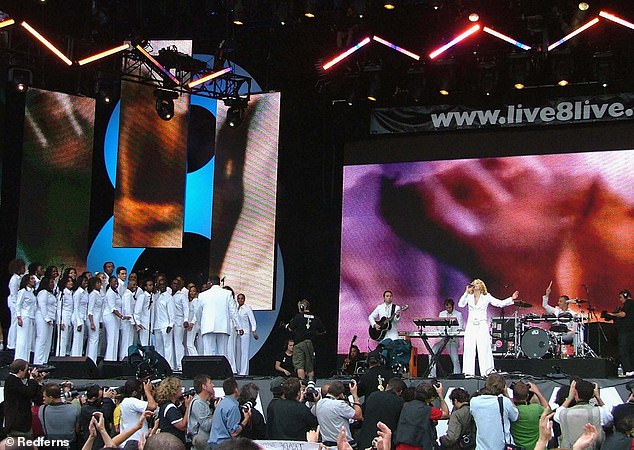 Mr Meade said: ‘The last year has been particularly tough for everyone in the music industry and the lack of support for the arts has seen so many organisations struggle and we are desperate for funds so that we can keep going as lockdown eases.

‘We hope that this concert inspires and entertains our regular and new fans who love the gospel music we love to perform. It should be a night to remember.’

The LCGC performed for Her Majesty for her ‘Patrons Lunch’, a celebration of the Monarch’s 90th birthday in 2016.

They took to the Mall in St James’s Park to celebrate The Queen’s patronage of over 600 charities and organisations for the occasion.

The group also provided backing performances for George Michael in 1992, Madonna in 2005 and the Gorillaz in 2006 and Justin Timberlake in 2018.

And they have played at the FA Cup Final at Wembley, Glastonbury, Live 8, World Aids Festival and at the Royal Albert Hall on numerous occasions. 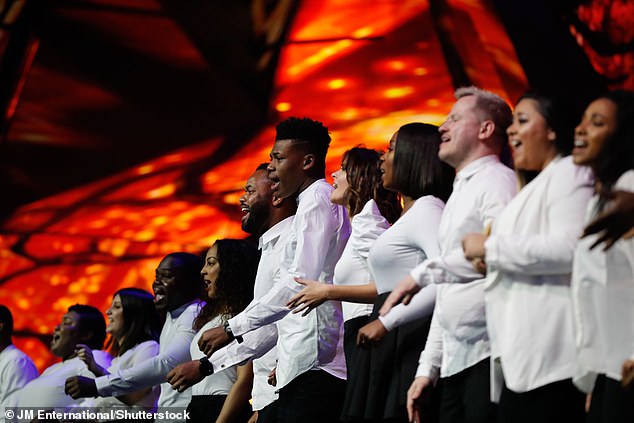 The London Community Gospel Choir has seen funding plummet after stage concerts dried up amid the Covid pandemic. Pictured: At the Brit Awards in 2018

But the pandemic has blown a huge hole in their budget and they are struggling to keep the choir going.

Ms Knight said: ‘I have known Bazil and the LCGC for many years and the thought of them going out of existence doesn’t bear thinking about.

‘I’m delighted to be able to support them after all the great work they have done over the years.’

LCGC started from humble beginnings in 1982 and pioneered the sound of British Gospel Music.

They became Europe’s leading Gospel brand and one of the most in demand choirs worldwide.

And they went on to perform with other artists including Sir Tom Jones, Sir Elton John, Sir Paul McCartney, Annie Lennox, Sir Rod Stewart and others.

Saturday’s concert was put together by a friend of the group called Amanda Alexander.

She set up The Grounded Mummas, a group of women who come together to support each other since the first lockdown.

She said: ‘My family have been connected to the LCGC since I was a little girl and alongside their wonderful performances, the contribution they make to local communities is fantastic.

‘The Grounded Mummas and the LCGC share the same vision to inspire and support society and I can’t think of a greater way to support and raise funds for the choir than to celebrate their wonderful music with guests.’