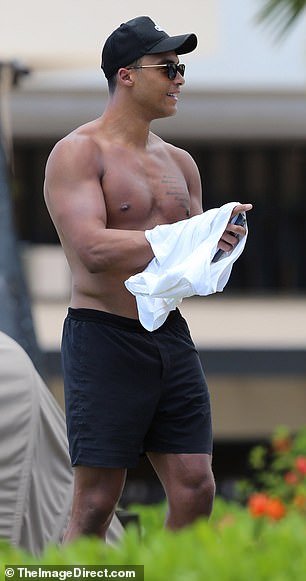 The ring is back on! Bachelorette vet Clare Crawley, 40, flashes engagement ring Dale Moss, 32, proposed to her with during their vacation in Hawaii

Clare Crawley has been seen with her Neil Lane diamond engagement ring from on-again fiance Dale Moss for the first time in public in months.

The 40-year-old blonde was flashing the stunning rock while by a swimming pool with Moss during their vacation in Maui, Hawaii.

This comes after the large ring was spied in one of her Instagram posts in April. 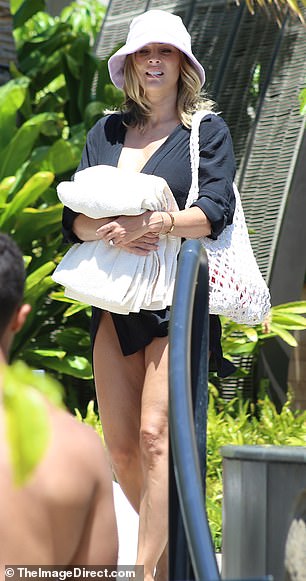 In love in Hawaii: Clare Crawley flashed her engagement ring as Dale Moss bared his chiseled physique in Maui this week

In the past few months Clare has been wearing the diamond ring she purchased for herself before she started The Bachelorette.

This is the first time she has worn the ring in public since she got back together with Moss, indicating they are engaged again.

Crawley flaunted her shapely legs in a tiny black wrap and accessorizing with a pink hat while heading toward the sand.

Meanwhile her 32-year-old future husband went shirtless with a pair of black swimming trunks, putting his muscle-bound torso on display. 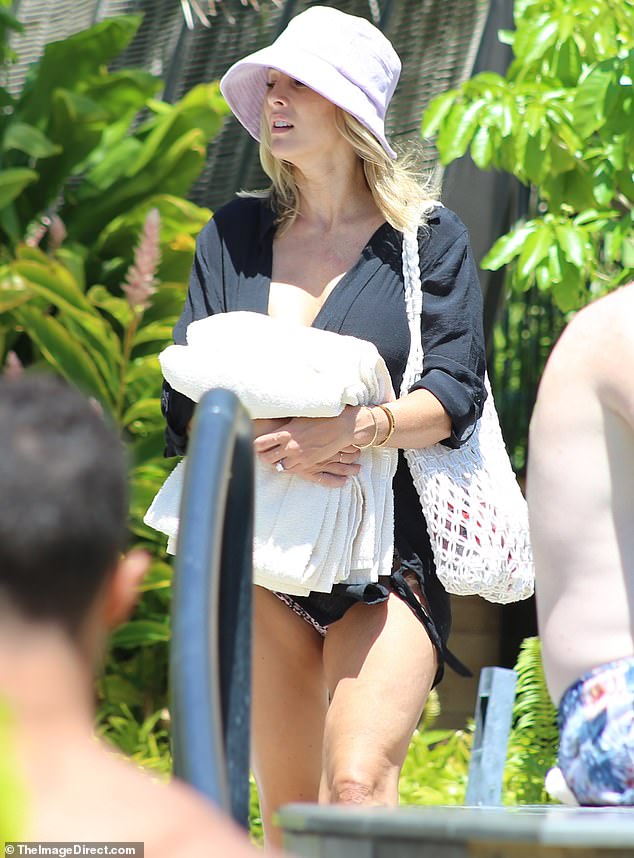 Looking fab: The 40-year-old blonde was seen showing off her shapely legs in a tiny black wrap and accessorizing with a pink hat while heading toward the sand

The duo became a couple last year while filming the latest season of The Bachelorette with Clare, then 39, as the oldest woman ever to fill the position.

In the middle of filming the season it emerged that Clare had picked Dale early – reportedly just 12 days after they met – and left the show. 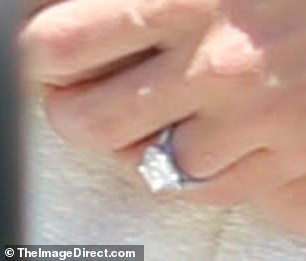 She responded to trolls who said she got engaged to soon by saying to Us Weekly: ‘Who are these people to decide how long it takes somebody to fall in love?’

Clare was quickly replaced with Tayshia Adams as that season’s Bachelorette and Tayshia went onto pick Zac Clark.

Meanwhile this January after just a few months of engagement Dale announced on his Instagram that they had broken up.

‘I wanted to share with you all that Clare and I have decided to go our separate ways,’ the dashing football player wrote in his post.

Two days later Clare wrote online: ‘I was made aware of a “mutual” statement at the same time you all were, so I’ve needed some time to really digest this.’

A People source claimed: ‘Dale wasn’t ready for marriage and kids. He did have feelings for Clare but he wasn’t on the same page as her.’ 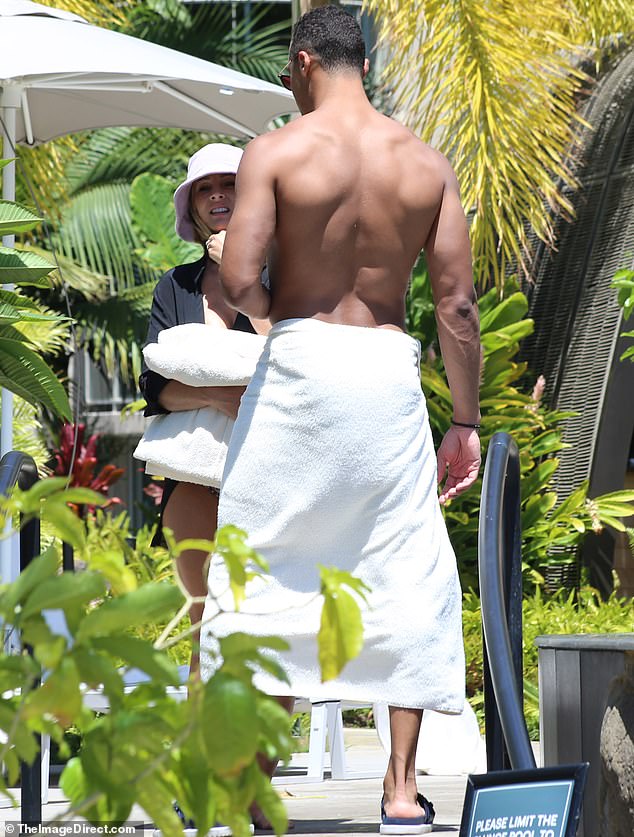 She allegedly became aware early on that he ‘had cold feet, but she was really hoping he would grow in the relationship and come around.’

However by this March rumors had begun to fly around that they were back together and then in April they made their reunion Instagram official.

Clare has since been seen out and about with her engagement ring on, fueling further conjecture about the nature of their relationship. 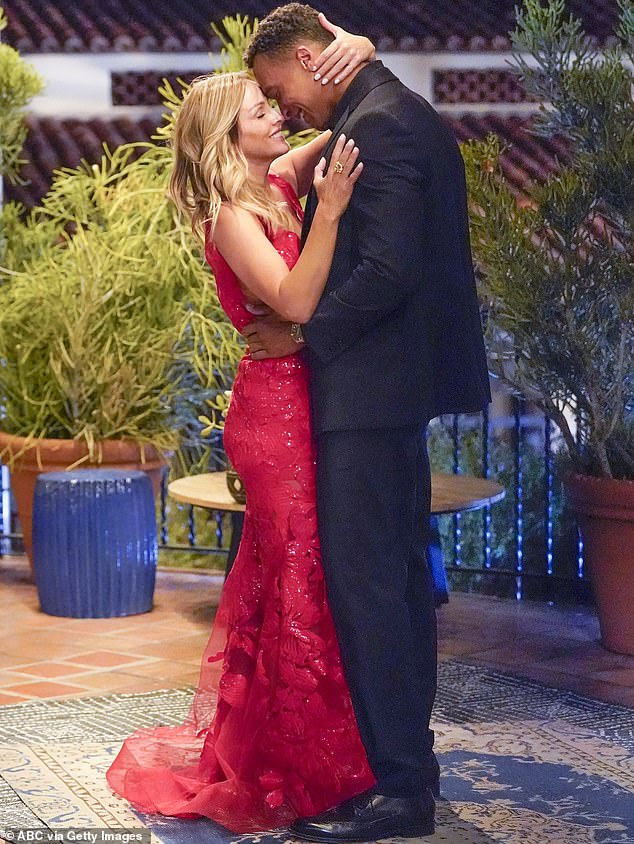 Milestone: The duo became a couple last year while filming the latest season of The Bachelorette with Clare, then 39, as the oldest woman ever to fill the position