By Chris Ciaccia For Dailymail.Com

The research, published in the American Journal of Physical Anthropology, confirms the two species are separated by their DNA and the skull structure, but not fur color, as previously thought.

‘Our study showed the two species are not distinguishable by their fur color, but they are distinguishable by differences in their mitochondrial DNA and skull structure,’ the study’s lead author, Northern Illinois biological anthropologist Leila Porter, said in a statement.

In contrast to previous findings, fur color seemed to be ‘highly variable’ and not exclusive to one region or another.

‘Comparisons of their skull structure suggest they could have slightly different adaptations for foraging,’ Porter added. ‘For example, they might gouge on different kinds of tree species with different kinds of bark. In addition, there could be other behavioral and ecological differences between the species that have not been documented.’

A species is a group of organisms that have common characteristics and can breed with one another. For pygmy marmosets, the groups are slightly separated by their DNA and differently-shaped skulls, thus resulting in two species.

Pygmy marmosets, which weigh just four ounces at maturity, are found in the Amazon region of South America.

Researchers have found that the world’s smallest monkey, the 100-gram pygmy marmoset, is actually two species. A ‘northwestern’ pygmy marmoset (pictured) from Ecuador 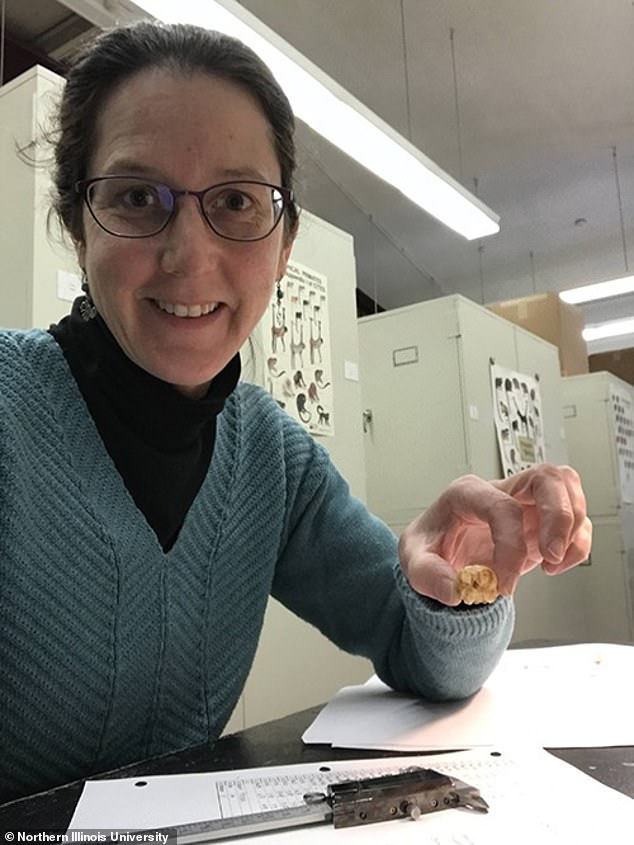 The study’s lead author, Leila Porter (pictured), is seen measuring the skull of a pygmy marmoset in the collection of the American Museum of Natural History 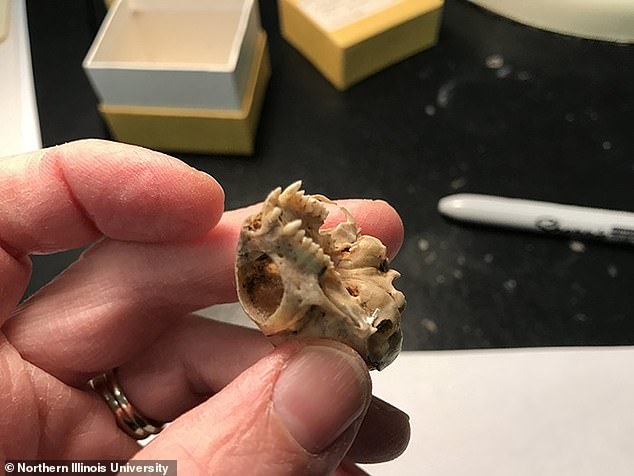 At full-length the entire body of the pygmy marmoset is just six-inches. The skull and upper jaw of a pygmy marmoset (pictured) from the Field Museum’s collection

Samples were acquired from 13 sites in South America to help the researchers come up with their findings.

The distribution range of the two species has also been broadened to include Ecuador and Peru.

They were previously known as ‘eastern’ and ‘western’ pygmy marmosets, but Porter’s team is recommending they be reclassified as ‘northwestern’ and ‘southern’ for more accuracy.

The researchers proposed the two species be given the scientific names Cebuella pygmaea and Cebuella niveiventris. The second name is not yet official.

Pygmy marmosets, which live in family groups comprised of parents (male and female) and their children, are considered ‘cooperative breeders,’ with the female usually giving birth and the male tending to the children and any older siblings.

At full-length, their entire bodies are just six inches long.

For comparison purposes, the largest monkey, some male mandrills can reach more than 3 feet in length and weigh almost 80 pounds.

The new findings come after a 2018 study confirmed that there were two different species of pygmy marmoset living in Brazil. 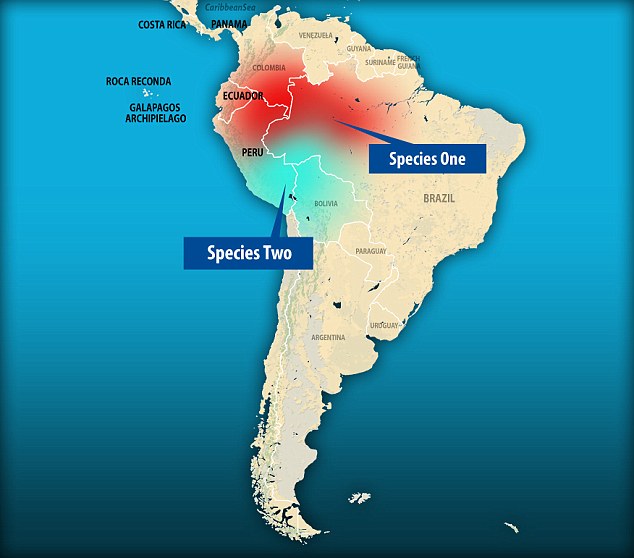 In Ecuador, the species are separated by the Napo River, an offset of the Amazon.

They were discovered by a German naturalist in 1823.

WHAT ARE PYGMY MARMOSETS?

Researchers from the University of Salford in England recently discovered that the animals make up two different species.

One of the species can be found in northwest South America, and members of the other exist south of the Amazon River.

However, the scientists do not yet know which of the two species should take the name pygmy marmoset, originally given to both. 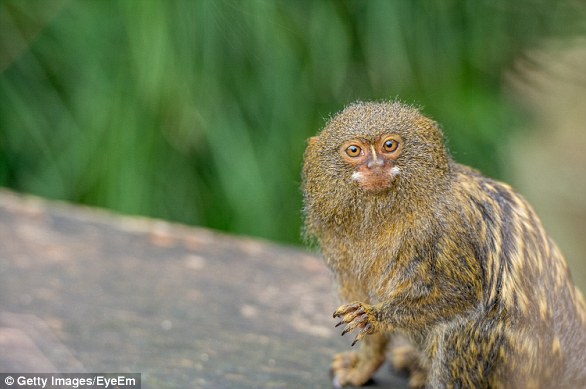 Pygmy marmosets (one pictured above) are the world’s smallest monkeys, but they are not the smallest primates. That title belongs to a species called the mouse lemur (file photo)

The monkeys live in zoos for up to 18 years and can survive in the wild for up to 12 years, according to the San Diego Zoo.

Their gestation periods are four-and-a-half months, and they give birth to from one to three babies at a time.

They usually weigh from three to 15 grams at birth and mature over the course of one-and-a-half to two years.

Pygmy marmosets are 4.6 to 6.2 inches long, and their tails can be up to nine inches.

While the pygmy marmoset holds the title for the smallest monkey, it is not the world’s smallest primate.

Rather, a species called the mouse lemur is the smallest primate.