Monica Lewinsky has signed a production deal with 20th Television.

The 47-year-old activist and television personality has put pen to paper on a new first-look producing deal with 20th TV, after bosses were left impressed by her work on the American Crime Story anthology series.

The latest: Monica Lewinsky, 47, has signed a production deal with 20th Television on a new first look producing deal with 20th TV, after bosses were left impressed by her work on the American Crime Story anthology series. She was snapped in 2019 in LA

Impeachment chronicles the events that led to the impeachment on former President Bill Clinton, which occurred after he admitted to having an affair with Monica while she worked as a White House intern between 1995 and 1996.

Beanie Feldstein stars as Monica in the series, while Clive Owen will play Clinton, Edie Falco will play the then-First Lady Hilary Clinton, and Sarah Paulson will star as Linda Tripp.

‘As our team has gotten to know Monica through her involvement with our upcoming edition of American Crime Story, we’ve been very impressed with her instincts as a producer, and her desire to bring provocative, untold stories to the screen,’ 20th TV president Karey Burke said in a statement. ‘She is formidable and passionate about the work, and we’re hopeful this first look deal leads to many successful projects together.’

Impeachment: American Crime Story will premiere on FX on September 7, and arrives as Monica has said she wants to help tell stories that are ‘thought-provoking’ through her Alt Ending Productions banner. 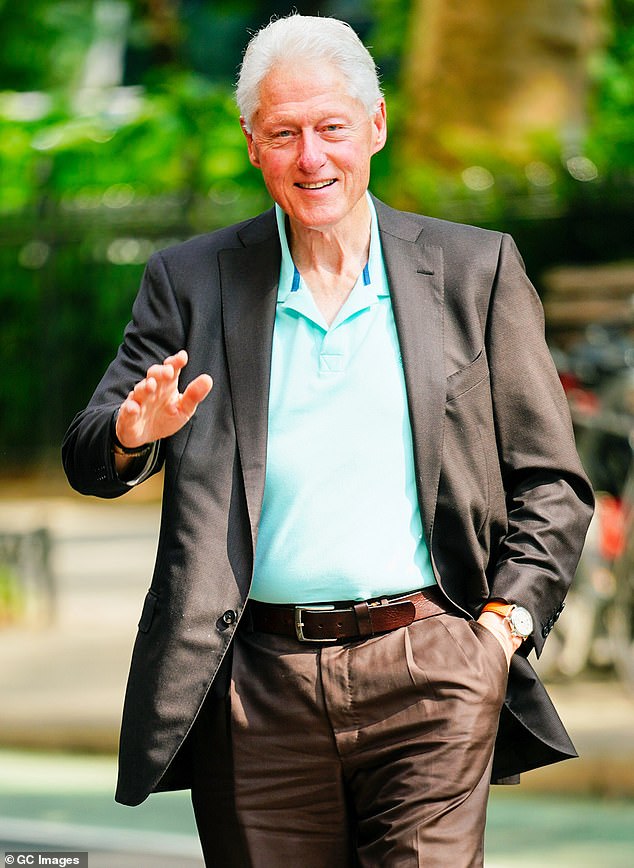 Out and about: Former President Bill Clinton was snapped in NYC in July of 2019 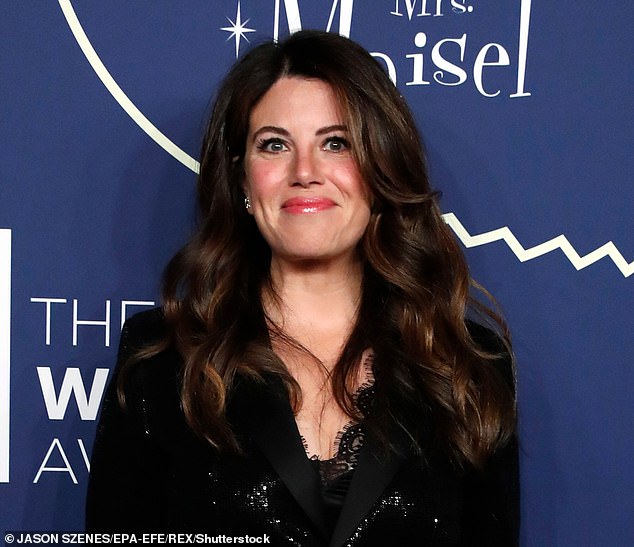 In inking the deal, Monica said she’s ‘very interested in the voices or perspectives we historically don’t hear from or see’

In her own statement, she said: ‘I’m interested in storytelling that is entertaining, thought-provoking and emotion stirring – that moves a conversation forward by exploring the human condition from an unexpected lens. That’s what excites me about forming Alt Ending Productions and working with 20th Television.’

She continued: ‘Having had my own story hijacked for many years, I’m very interested in the voices or perspectives we historically don’t hear from or see. They’re brimming with untapped potential.

Lewinsky said she looks forward ‘to working with and learning from visionary women like Karey Burke and Carolyn Cassidy and owe a special debt to Ryan Murphy for championing me as a producer.’