Beverley Callard has revealed that she’s planning to go under the knife because she’s ‘scared of not getting any work’.

The Coronation Street actress, 64, who played landlady Liz McDonald and quit the show in 2019 after 30 years, admitted that she’s ‘terrified’ about having the surgery.

Talking about her plans to have a facelift, Beverley told The Sun: ‘I am going to do it, yes. It’s difficult because our industry is so sexist and ageist, still.’ 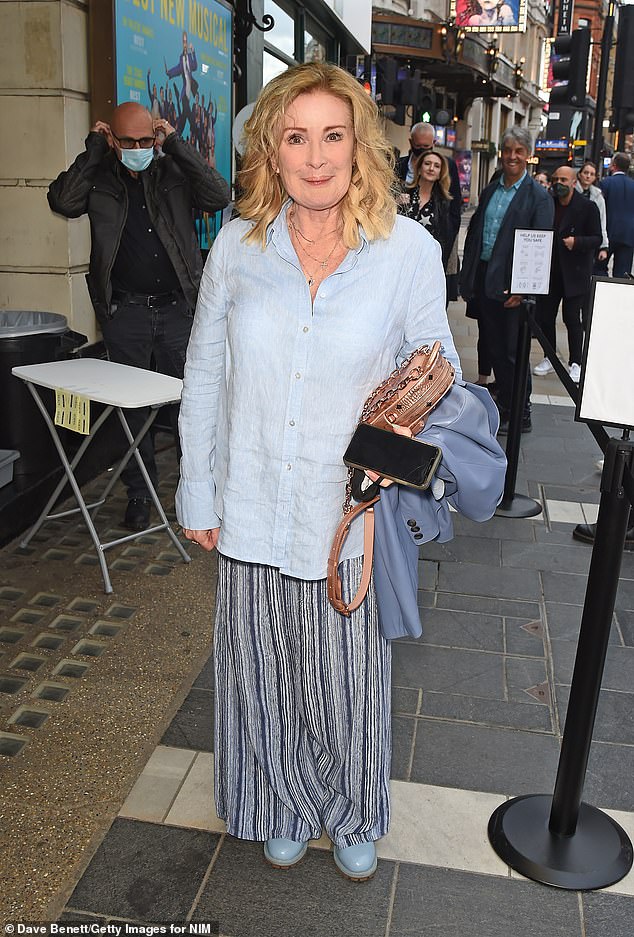 Surgery plans: Beverley Callard has revealed that she’s planning to have a facelift because she’s ‘scared of not getting any work’ (pictured in May 2021)

She continued to reflect on how many films have husbands who are much older than their wives, saying the wives are usually ‘stick insects… and their faces don’t move’.

‘I’m just going to join that because I’m scared of not getting work,’ she added.

The actress, who also appeared on I’m A Celebrity Get Me Out Of Here! in 2020, is thought to be intending to have the work done at London’s Harley Street Skin Clinic. 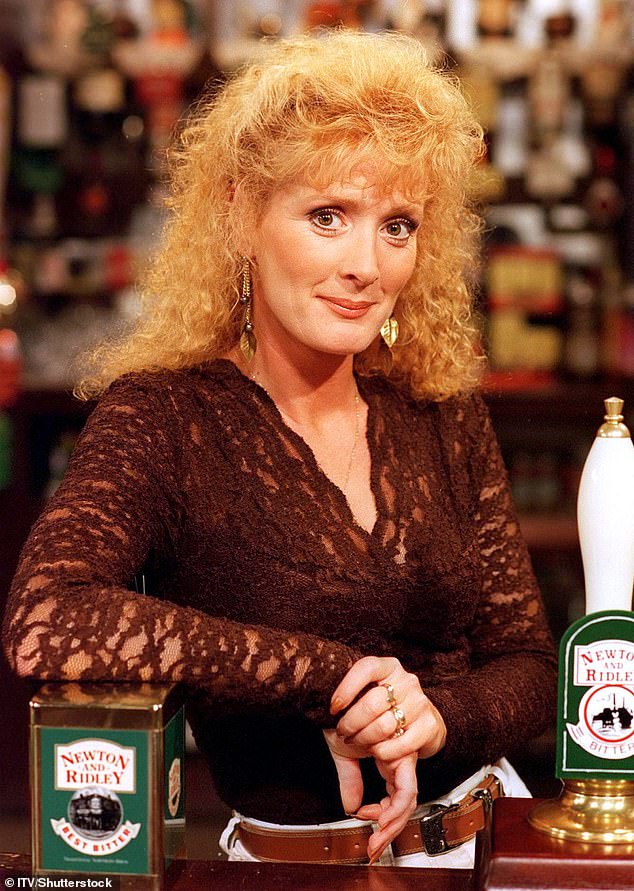 ‘Our industry is so sexist’: The Coronation Street star, 64, who played Liz McDonald for 30 years, admitted that she’s ‘terrified’ about the surgery (pictured on the soap in 1994)

And despite being quite determined to have the surgery, her husband Jon McEwan and children Rebecca, 46, and Joshua, 32, are not said to be very keen.

Beverley brushed off their concerns, saying she ‘hates mirrors’ and hasn’t got much confidence about her appearance, preferring to play a role than appear as herself.

She also detailed Jon’s response to her facelift plans while on Melanie Blake’s Girl Talk podcast in March, saying: ‘Jon really doesn’t want me to have it done.

As for the procedure itself, Beverley admitted she’s ‘absolutely terrified’ but takes some comfort in knowing she’ll be asleep. 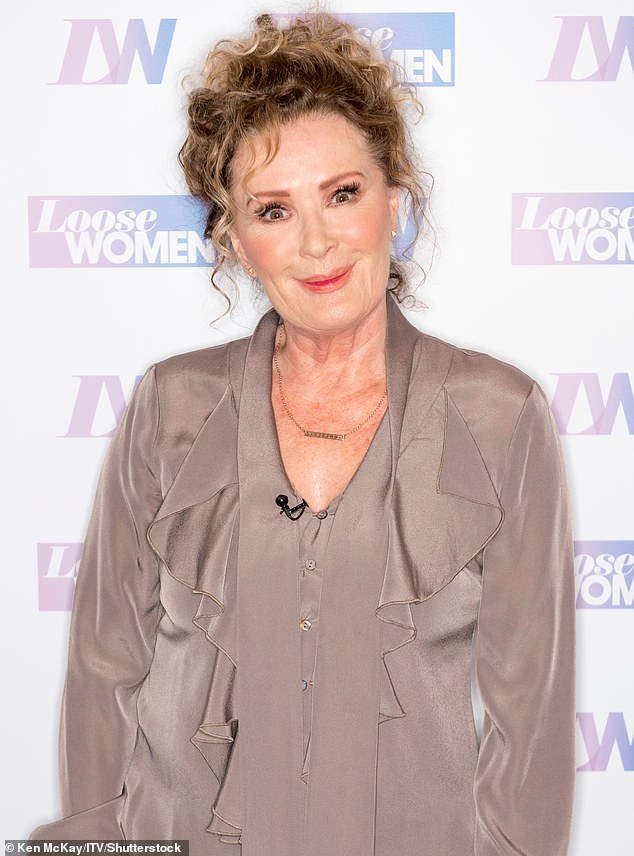 Planning for the future: Beverley candidly admitted she’s worried about booking shows and jobs as she gets older (pictured on Loose Women in 2019)

Beverley did previously reveal that she had been offered a free facelift after leaving I’m A Celebrity during her stint in the Welsh camp.

The star told her campmates this news before she was eliminated from the ITV show and said she was going to ‘bl**dy well take’ the clinic up on their offer.

The conversation began when AJ Pritchard, 26, told her: ‘You look very bright and fresh.’

And she replied: ‘Shall I tell you a secret?’ I’ve been offered a free facelift when I get out of here. And I have to tell you I’m going to bloody take it after this!’

Beverley also addressed cosmetic surgery in 2013, when she appeared on Sky’s cosmetic series Stitch Me, Lift Me, Tuck Me. 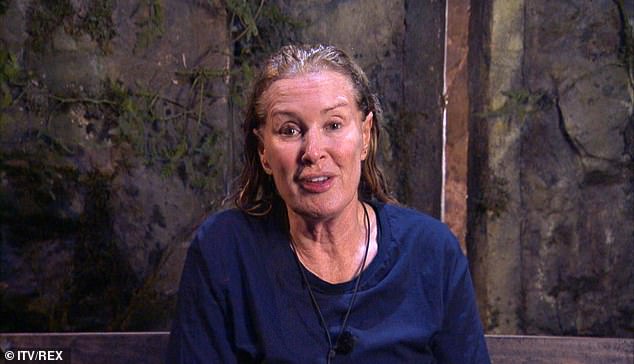 Doing what she wants: Beverley revealed she had been offered a free facelift and she was ‘bl**dy well going to take it’ during her stint on I’m A Celebrity in 2020 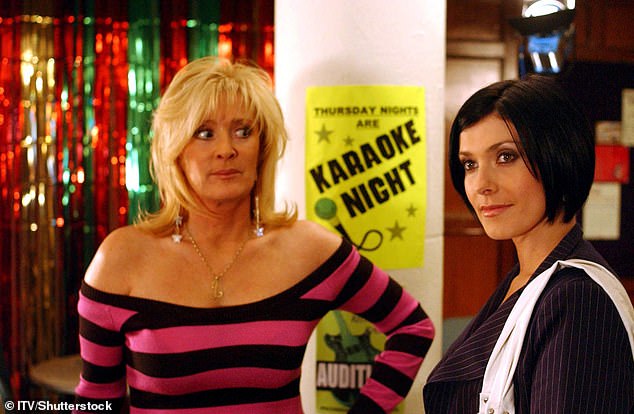 Cosmetic procedures: She also discussed having Botox while appearing on Stitch Me, Lift Me, Tuck Me in 2013 (pictured on Corrie with Kym Marsh in 2006)

The soap star also admitted to having had Botox and said on the show: ‘It’s amazing how quick and painless it is. I could become an addict.’

And as well as her surgery plans, Beverley recently detailed her wish to renew her vows with Jon, after he ‘proposed again’ when she left the I’m A Celebrity castle.

She told Ok! magazine she was planning a ‘laid-back’ ceremony with casual clothing when she remarries her partner.

Revealing how they decided to renew their commitment to each other, Beverley said: ‘We both want to renew our wedding vows,

‘When I came out of the castle, I looked a disaster and Jon was waiting for me at the hotel. He just said: Let’s do it, let’s get married all over again. It was like he proposed again.’ 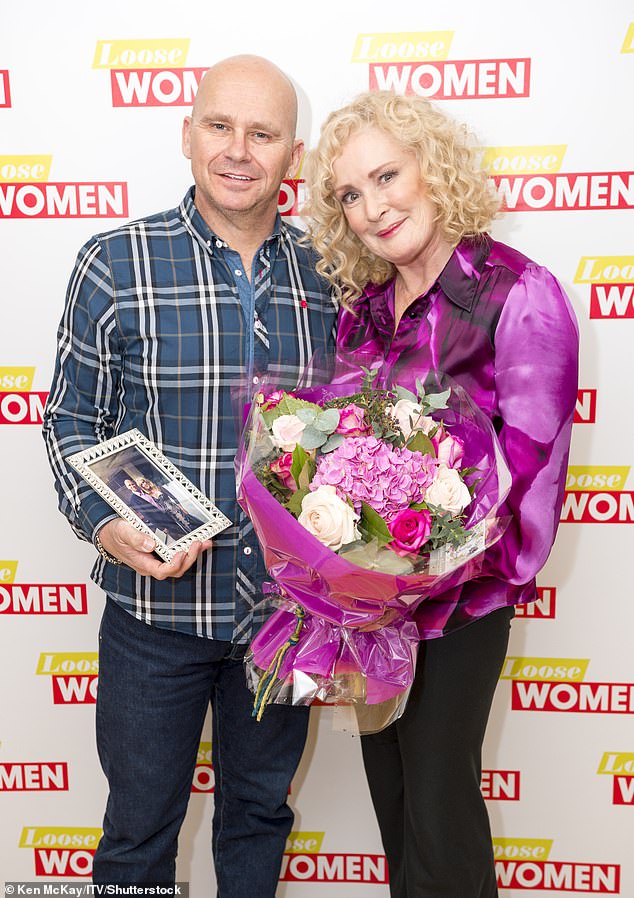 Plans: It comes after the loved-up actress told Ok! magazine she was planning to renew her vows with her longterm beau Jon McEwan (pictured together on Loose Women in 2017)