Katie Holmes appeared to be in a serious mood while stepping out in New York City on Thursday morning.

This sighting comes a week after her ex-boyfriend, Emilio Vitolo Jr, was seen on a lunch date with a mystery woman.

Stepping out solo: Katie Holmes failed to raise a smile as she made her way along New York City’s sidewalks on Thursday morning 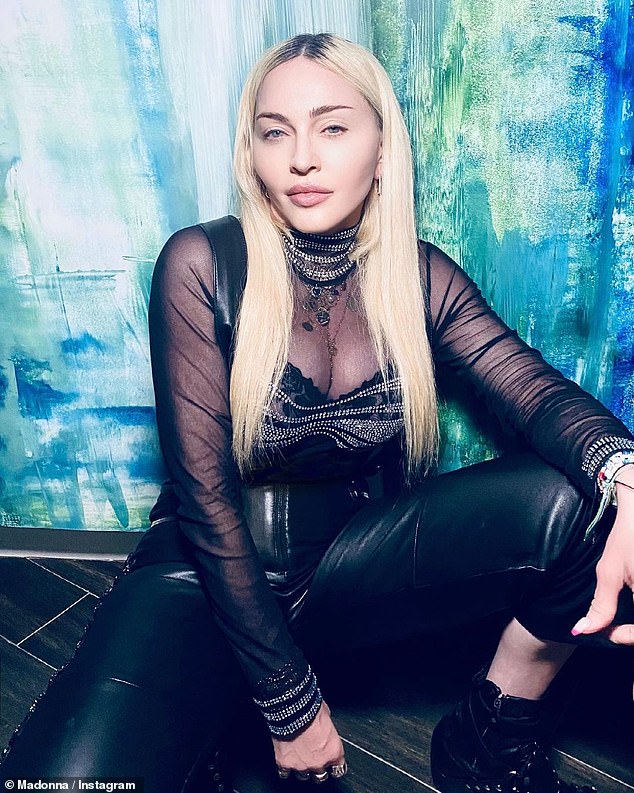 Holmes wore a graphic-printed t-shirt from Madonna’s Blonde Ambition World Tour 1990 as she spent time outside.

The Thank You For Smoking actress paired her top with a set of dark sweat pants and white sneakers during her errand run.

The writer-director’s usually free-flowing brunette hair remained tied up in a messy bun for the duration of her outing.

She accessorized with a stylish pair of black sunglasses and kept a navy blue tote bag slung over her right shoulder. 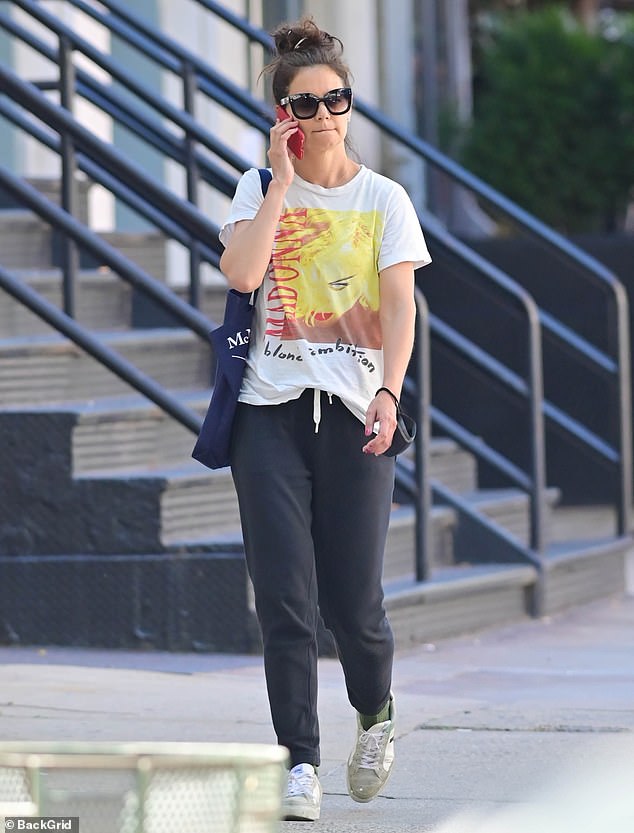 Taking it easy: The actress wore a shirt from Madonna’s Blonde Ambition World Tour 1990 and a pair of sweat pants, as well as a set of white sneakers during her outing 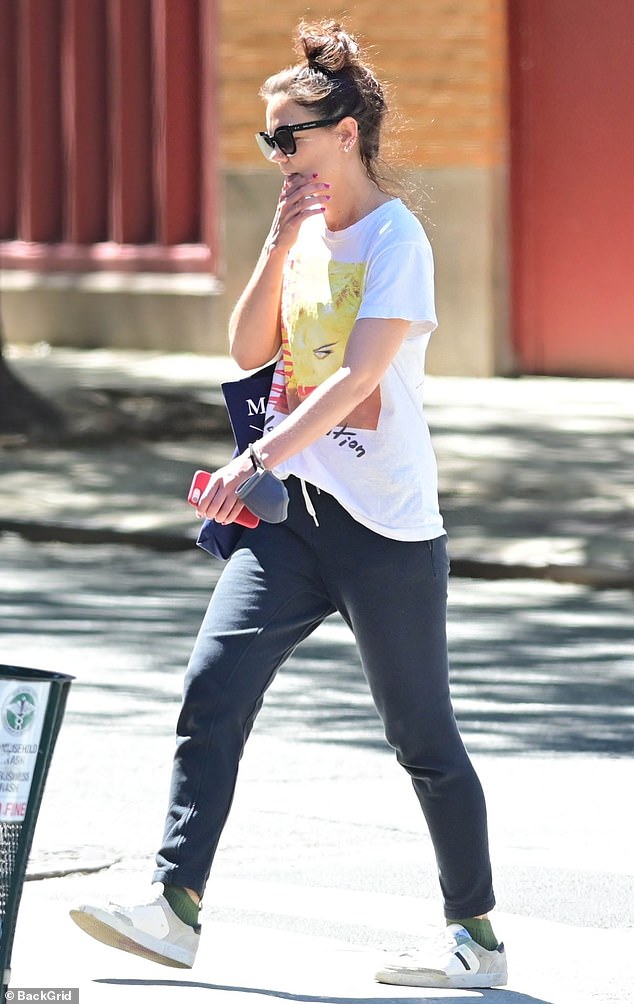 Taking a break: The performer’s outing comes not long after she split up from her partner of several months, Emilio Vitolo Jr

Holmes and Vitolo Jr officially split last month, with a spokesperson for the actress telling Us Weekly: ‘The pair have parted ways amicably but remain friends.’

A source also spoke to the media outlet and noted that, although the two had broken up, they were still on good terms.

Specifically, the insider expressed that the pair’s ‘relationship fizzled. They figured out they’re better off as friends. There’s no drama that went down with the breakup.’

They also expressed that the two genuinely appreciated each other’s company and that Holmes was prioritizing her private and professional lives at the moment. 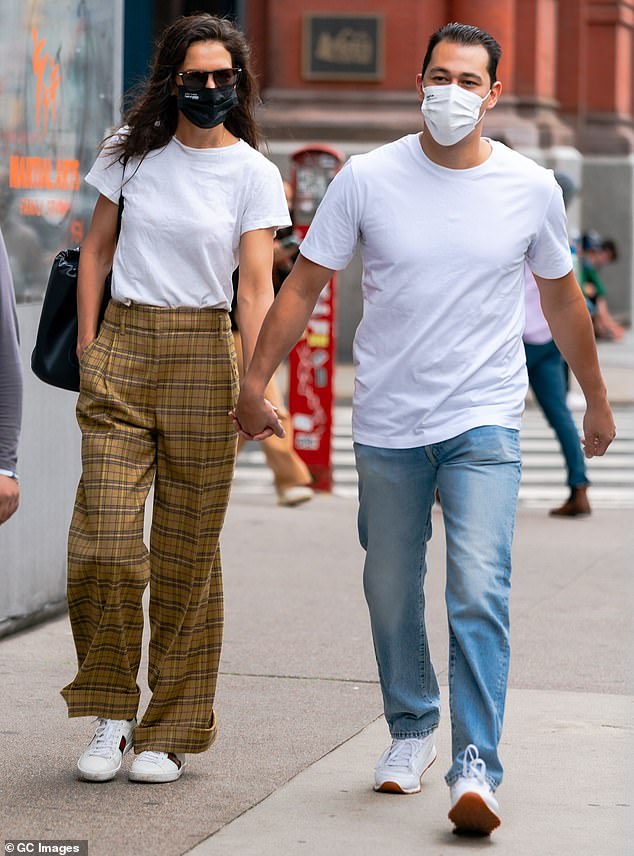 Moving fast: The couple was initially spotted together during a PDA-filled date in NYC that occurred in September; they are seen together in October of last year

‘Katie and Emilio really enjoyed their time together — it just simply didn’t work out. She’s focusing on being a mom and her upcoming projects,’ they said.

Earlier this week, the chef was seen during a lunch date with a mystery woman, having already moved on from his former partner.

The day of the restauranteur’s outing, former professional baseball player Alex Rodriguez was seen leaving Holmes’ apartment building, but it has since been revealed he was not visiting Katie and didn’t even know she lived there. 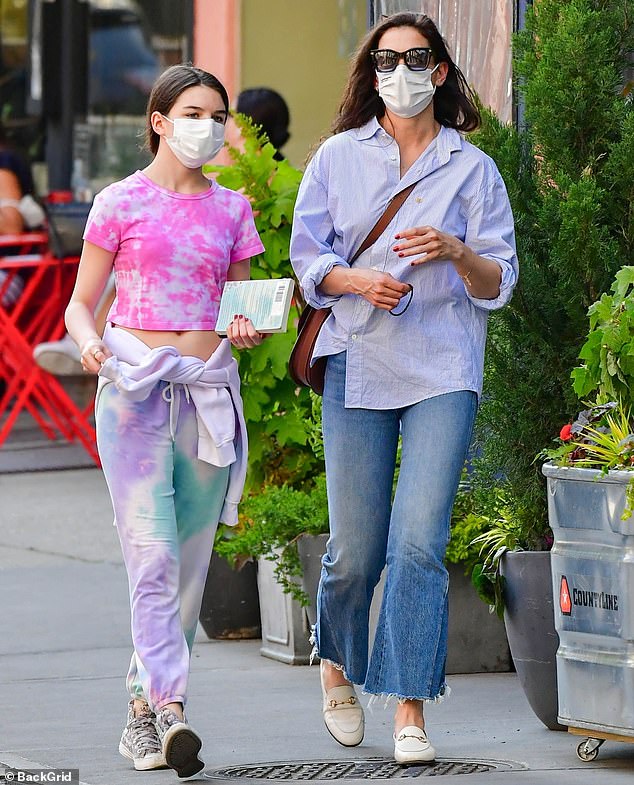 Her mini me: Prior to becoming involved with the restaurateur, the performer tied the knot with Tom Cruise in 2006, and they welcomed a daughter named Suri, currently aged 14, that same year. Seen in 2020

Prior to becoming involved with Vitolo, the performer tied the knot with Tom Cruise in 2006, and they welcomed a daughter named Suri, currently aged 14, that same year.

The former couple went strong for several years before they dissolved their union in 2012, and she retained primary custody of her daughter.

Following her split from the Mission: Impossible series star, she began dating Jamie Foxx in 2013.