WHAT BOOK would comedian and author Alan Davies take to a desert island?

…are you reading now?

I’m often carrying a paperback, hoping to snatch a few pages — at the moment that’s 10:04 by Ben Lerner, a super-smart novel about writing a novel. It’s funny, which I love, and is set in New York, which I also love.

I always have an audiobook on the go too. After the school run or dog-walking I’m usually lost in something by Cormac McCarthy, like The Border Trilogy. Currently it’s Suttree. At times it’s heart-breaking, but then I’ll laugh out loud, as at this exchange:

Alan Davies (pictured) is currently reading a paperback version of 10:04 by Ben Lerner

…would you take to a desert island?

Something big, so when I finished it I could return to the beginning and have forgotten everything.

Hilary Mantel’s Tudor novels Wolf Hall, Bring Up The Bodies and The Mirror And The Light, bound in a single huge volume, would evoke memories of home.

Even though they are set in the 16th century, the Britain we know is on every page like a watermark.

…first gave you the reading bug?

In childhood Enid Blyton’s Famous Five, as a teenager Spike Milligan’s war memoirs or Sue Townsend’s Adrian Mole, but in my 20s I discovered John Irving’s novels, big, fat 600-pagers that made me really fall for fiction.

The World According To Garp, The Hotel New Hampshire and The Cider House Rules are all memorable, but my favourite is A Prayer For Owen Meany in which Owen is a small boy who never really grows but is assertive, intelligent and very funny. 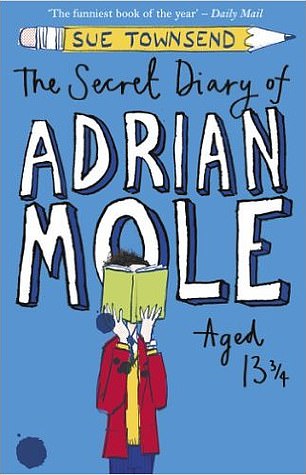 He has a loud, high-pitched voice denoted throughout by his speeches coming in capital letters. Every time you turn the page you hope for more upper-case as YOU CAN’T WAIT TO HEAR WHAT HE IS GOING TO SAY NEXT.

I seize on books that people I respect tell me are marvellous. John Lloyd, creator of QI, told me his favourite novel is Dune by Frank Herbert, set on a desert planet in another galaxy. At the end of it I wanted to put my head under a tap.

I now go to John for non-fiction tips only. Stephen Fry told me Moby Dick is a great novel but I’ve tried it twice and given up both times before they get on the boat. I’ve just ordered the audiobook, and hope to be on open water soon.

Alan Davies’ memoir Just Ignore Him is out now in paperback (Abacus, £9.99).