Photos of Boris Johnson cheering England against Germany yesterday have been mocked with fans sharing hilarious memes on social media.

The Prime Minister was pictured in front of a TV with wife Carrie at Downing Street yesterday during the dramatic match.

The couple watched Gareth Southgate’s men outclass the Germans 2-0 and advance to the quarter finals of Euro 2020.

Mr Johnson raised his hands in triumph during the game – unwittingly giving fans the perfect opportunity to make him the subject of several memes.

Another showed Mr Johnson with his arms raised as he enjoyed an episode of the Teletubbies.

The PM later tweeted: ‘Well done England! We’re all behind you – bring it home!’

Some social media users also spotted that the PM keeps a recycling and general waste bin next to one marked ‘confidential’. 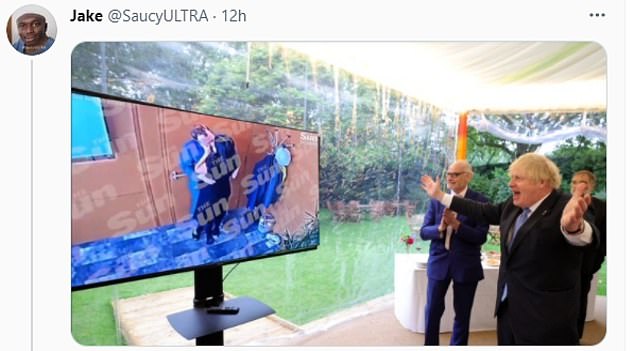 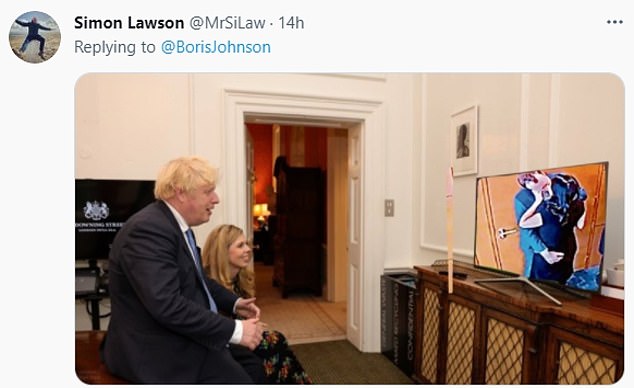 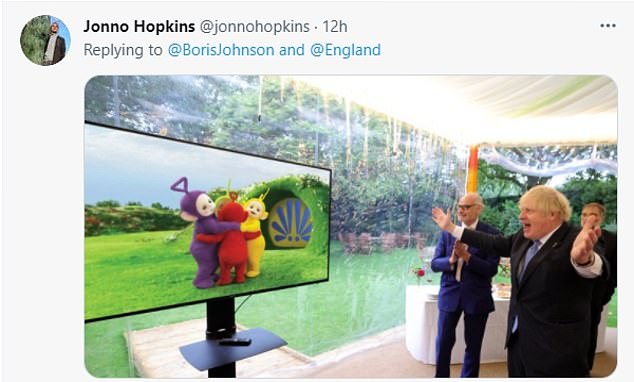 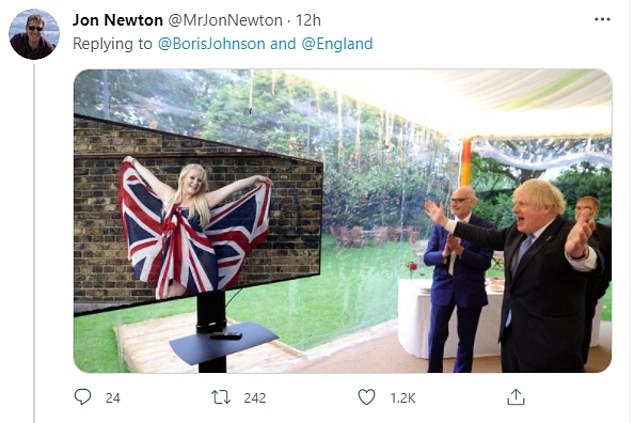 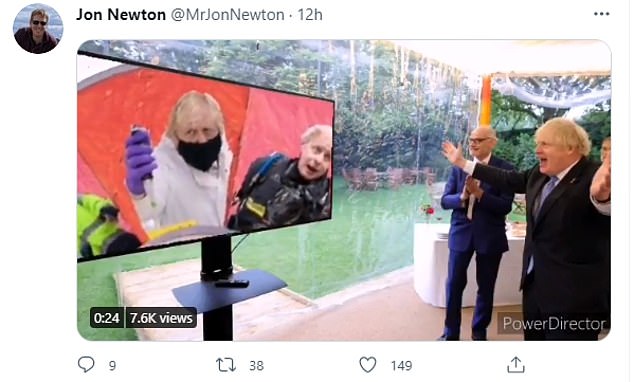 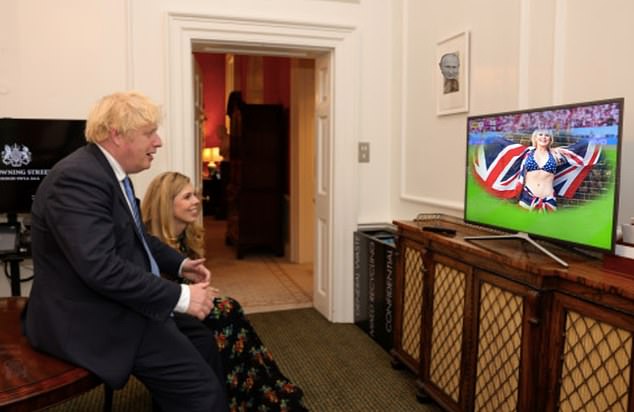 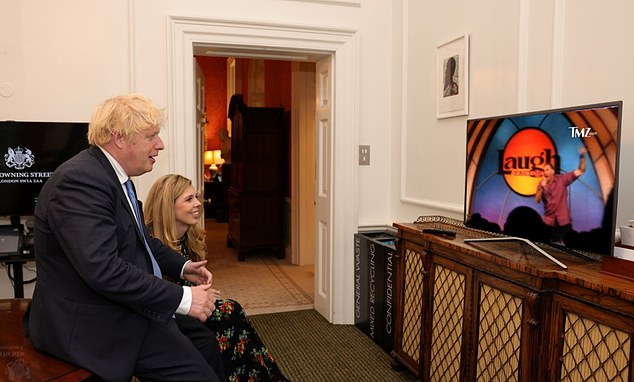 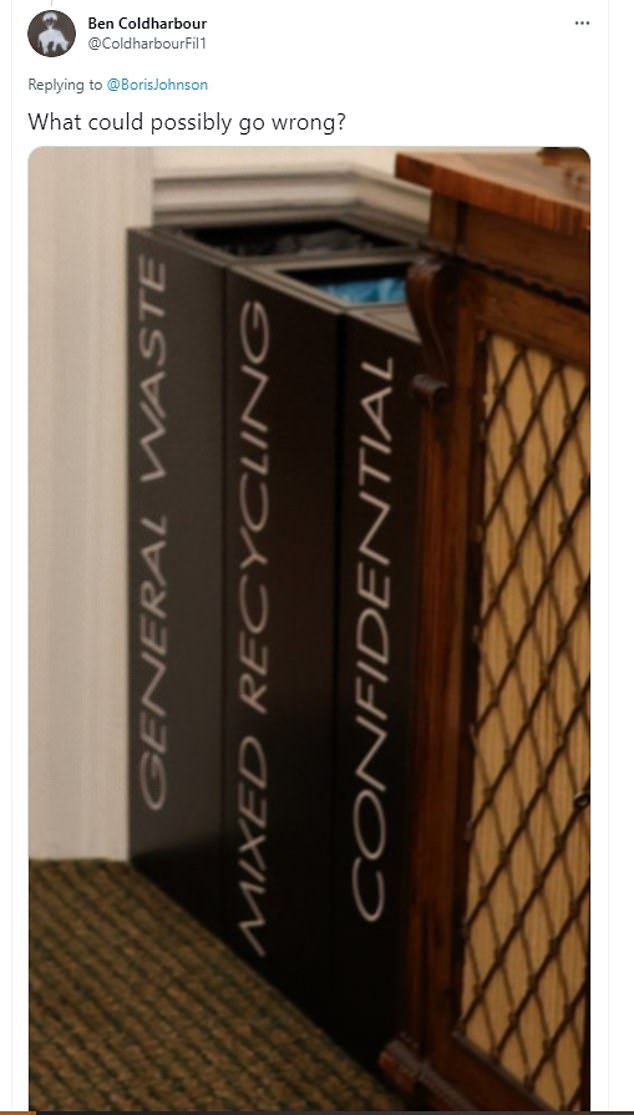 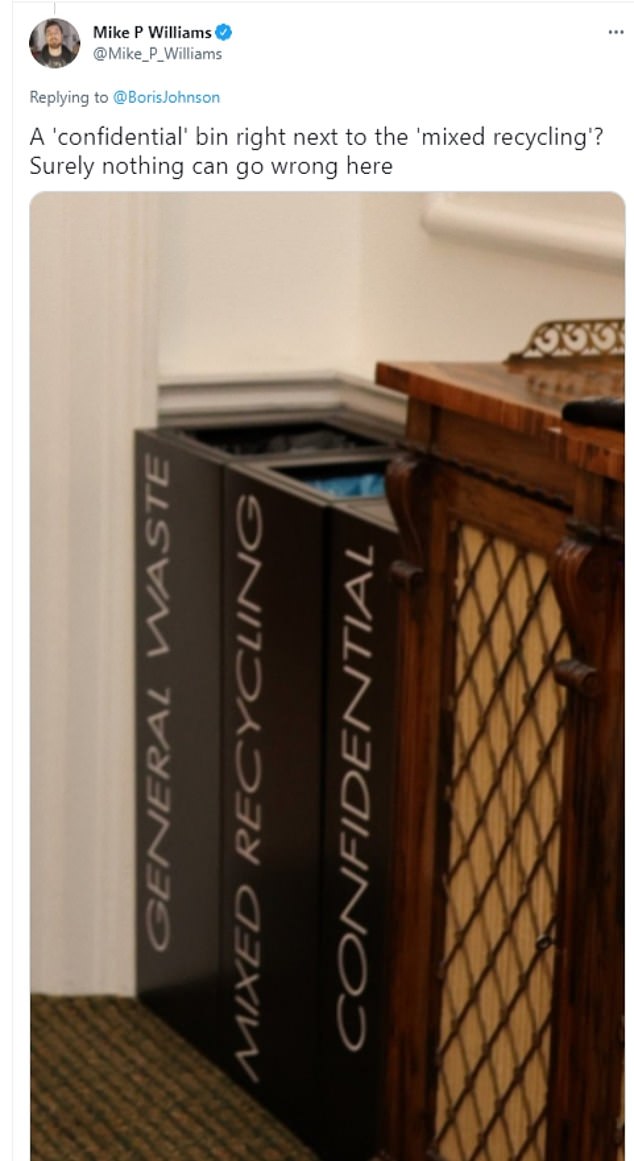