By Andrew Bullock For Mailonline


Victoria Beckham was reportedly hoping to throw a big party this summer – but the pandemic restrictions extension in the UK have apparently scuppered this.

According to a source, VB, 47, was hoping to mark her and husband David’s 22nd wedding anniversary, to celebrate the end of lockdown and to reunite her extended family after the global health crisis kept them apart.

David and Victoria will have been married for 22 years on July 4 – but a lavish, extravagant do is now off the cards, according to reports from Heat magazine. 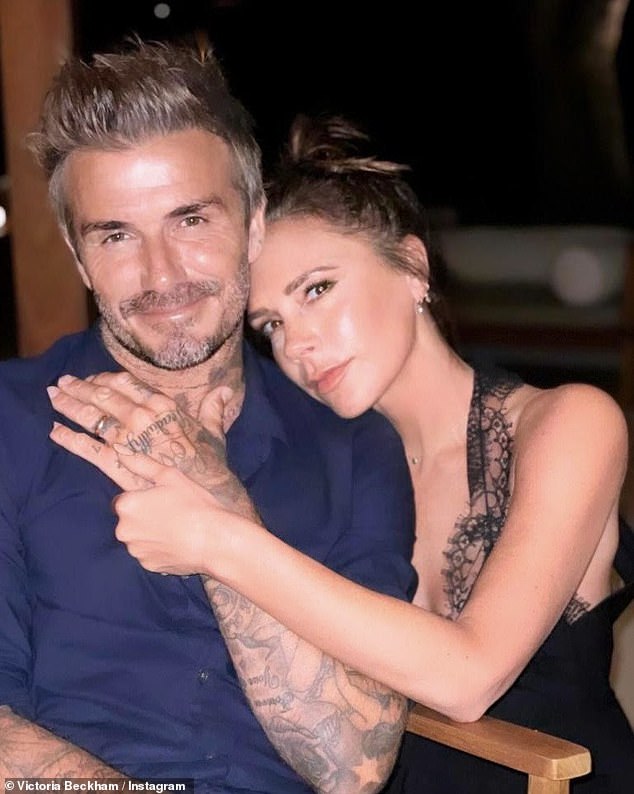 On hold: Victoria Beckham’s plans to throw a party to mark her and David’s 22nd wedding anniversary and the end of lockdown have reportedly been scuppered by restrictions extension in the UK

‘[The Beckhams] had wanted to throw a huge party to celebrate their anniversary, as well as coming out of lockdown,’ a source told the publication. ‘[But] they haven’t been able to do anything like that since [eldest son] Brooklyn’s 21st, which happened just as the pandemic started.

‘[They] thought it would be a great opportunity to catch up with people they haven’t seen in over a year, and for everyone to let their hair down.

‘So they are gutted, especially Victoria.’

Brooklyn turned 21 in 2020, a month before the pandemic hit crisis point, with family and friends managing to celebrate at the Beckham family’s Cotswolds mansion before social distancing took hold. 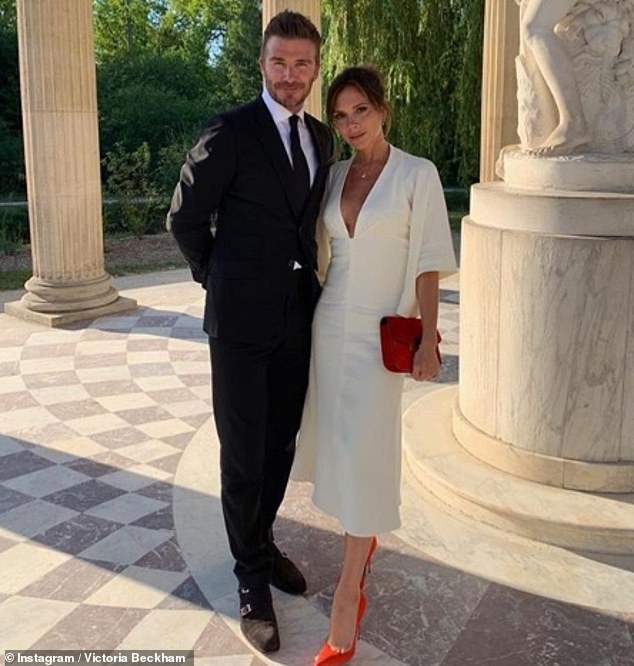 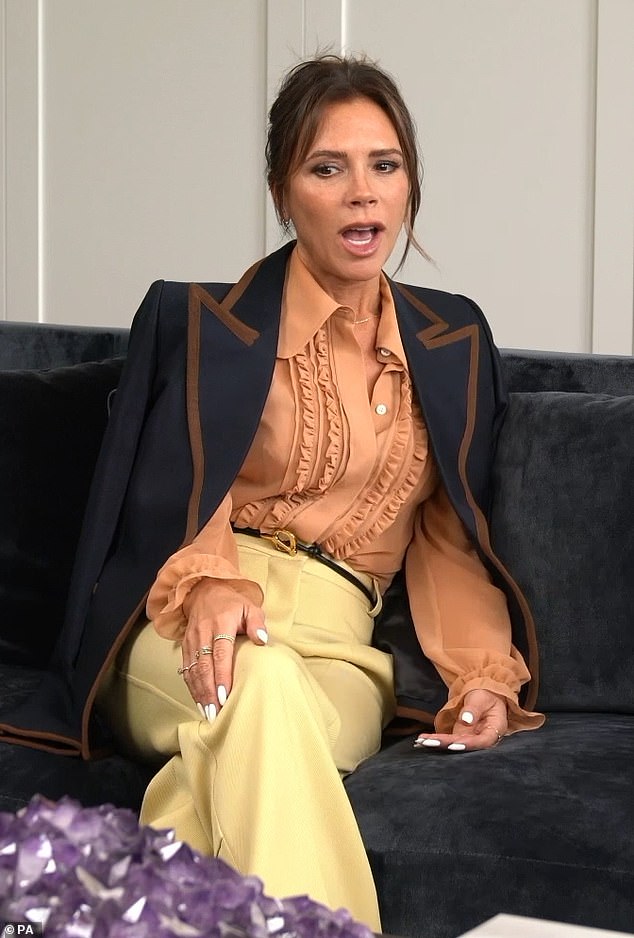 A source a said: ‘[They] thought it would be a great opportunity to catch up with people they haven’t seen in over a year, and for everyone to let their hair down. So they are gutted, especially Victoria’

Restrictions in England were meant to end on June 21 – but have been extended by the government until July 19.

Brooklyn has been in the US with his wife-to-be, Nicola Peltz, and it’s thought the rest of the family could be flying to be with them for America’s 4 July weekend – which coincides with the wedding anniversary.

‘They now want to head back to Miami as soon as possible. They can celebrate with Brooklyn and Nicola, and her family. It’s such a huge weekend in the US, and a very fun one, too. And they get to celebrate two big occasions.’ 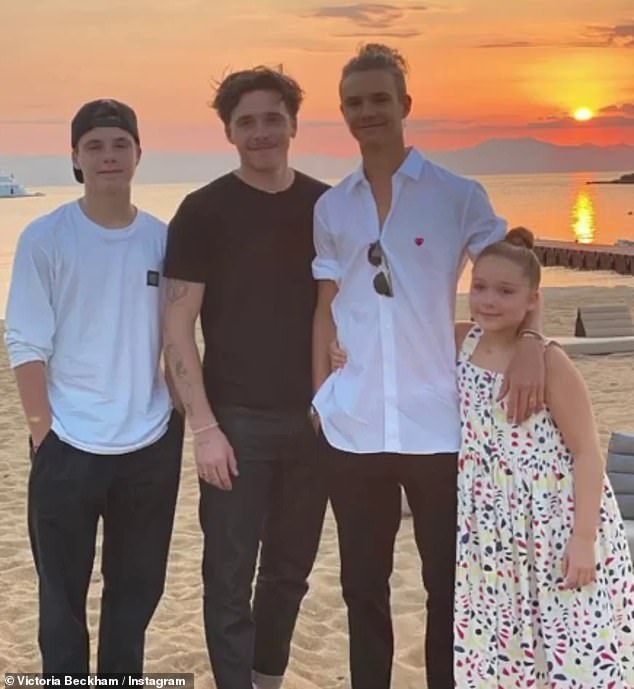 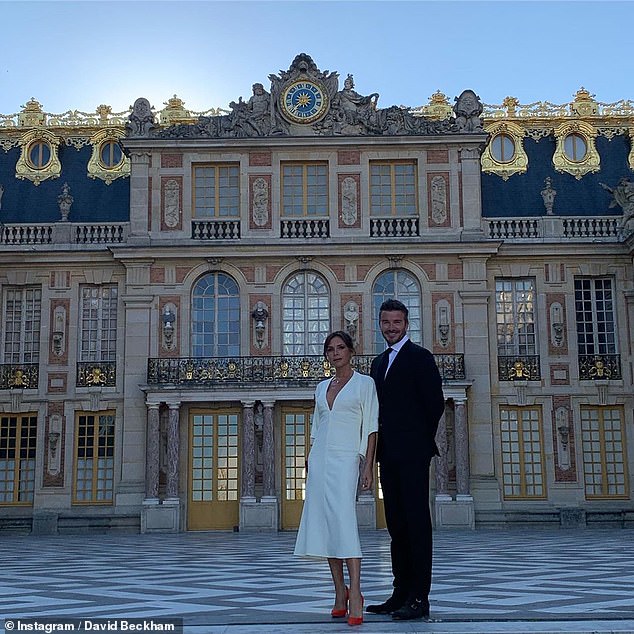 Very Posh Spice! Victoriaopted for a stunning bridal white midi dress as she and husband David celebrated their 20th wedding anniversary with a private tour of the Palace of Versailles in France two years ago

They tied the knot in 1999. They wed at an Irish castle – with David marking their 20th anniversary in 2019 with a private tour of Versailles Palace, France.