‘I think there’s a matter of biology, of course, what is a woman’: Housing Secretary Robert Jenrick says he ‘absolutely agrees’ with Liz Truss who said ‘women have vaginas’

By Katie Feehan For Mailonline


Housing secretary Robert Jenrick has said he agrees with Liz Truss that ‘women have vaginas’.

In May, International Trade Secretary Liz Truss said ‘women have vaginas’ during a conversation about gender – therefore implying gender should be based on physical characteristics.

The housing secretary was questioned over whether he agreed with his colleague that you need a vagina to be a woman.

Speaking to Times Radio, Mr Jenrick said: ‘I think there’s a matter of biology, of course, what is a woman. I mean absolutely, I agree with Liz Truss. That’s the point that she’s made in the past.

‘Undoubtedly, of course we want to ensure that those people who are trans can live their life comfortably.

‘I want everyone to be able to live their life the way they want to and be happy and to find love wherever they can do.

‘One does have to be aware of the impact on other people and that means we have to be particularly sensitive in terms of some of those settings that we as a government are responsible for like schools, like hospitals, like prisons.

‘One has to tread carefully and think through all of the consequences of this for other members of society.’

The comments sparked a debate online. Some social media users agreed and were surprised it was a matter of contention, while others saw it as an affront to trans rights.

Another added: ‘He ain’t wrong but watch him get cancelled for being transphobic.’

Another said: ‘Transphobia from secretary of housing, stick to your day job. While you’re at it make housing affordable rather than letting your rich colleagues create a bubble of wealth that’s exclusive to the middle/upper class.’

His comments come after Minister for women and equalities Liz Truss weighed into the debate earlier this year.

Appearing on LBC, Ms Truss was commenting on the case of Abertay University student Lisa Keogh, 29, who said she told a transgender issues seminar that women were born with vaginas and that the difference in physical strength between men and women ‘was a fact’. 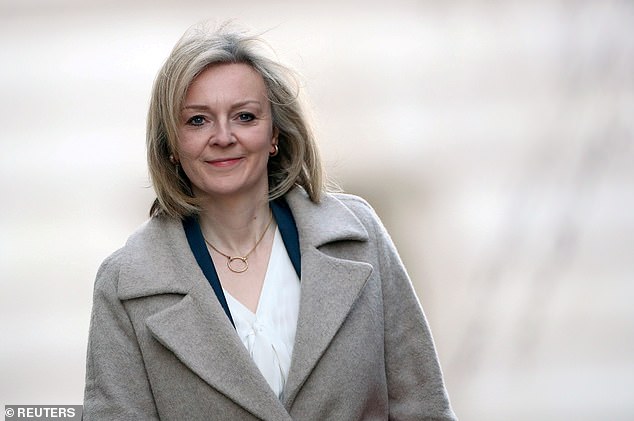 Ms Keogh was then reported to the university by her classmates and is facing a formal inquiry.

Ms Truss said: ‘Women do have vaginas, Nick. I think we need to uphold our very very important tradition of free speech.’

That same month, it was revealed that she wanted the Government to quit a diversity scheme run by Stonewall after the leading LGBT charity was embroiled in a row over transgender rights.

Yesterday, the Conservative gay rights envoy has claimed Boris Johnson told off his cabinet for getting into a culture war on LGBT issues – and wants them to show ‘kindness and tolerance’.

Lord Herbert of South Downs was taken on as the Government’s ‘Special Envoy on LGBT rights’ in May, with the aim to ‘champion equality at home and abroad’.

The Tory peer – and Britain’s first openly gay MP – claimed the Prime Minister doesn’t want ministers to ‘take a side in what some are seeing clearly as a culture war’.