Four in five long journeys in the UK cost more by train than by plane – by nearly three times the price in some cases.

The huge differences were revealed as airlines launch dozens of cheap domestic routes amid a boom in staycations this year.

Taking the train was more expensive in the majority of cases, Which? researchers found, with the average mark-up 49 per cent.

The biggest difference was for a return journey from Birmingham to Newquay, in Cornwall, with flights costing £67 and the train coming in at £180 – some 2.7 times more.

The consumer champion said the price advantage for flying is a disaster for the environment, given the huge amount of greenhouse gases created by flying.

CO2 emissions from planes are on average six times those caused by taking the train – meaning travellers face a tough choice between cheaper, shorter flights or the more environmentally friendly train route.

Last month, Boris Johnson came under fire for flying to Cornwall for the G7 event while the Queen set an example by travelling by train.

Which? said the rail route from Birmingham to Newquay involved making two changes. At the same time, the total travelling time for both legs of the journey would be over ten hours longer than by plane.

But flying this route would emit more than five times as much CO2, creating an average of 156kg of emissions per passenger versus 27kg by train.

Return flights between Bristol and Newcastle came in as £87 per person compared with £172 by train, which would take at least six hours longer in travelling time. Alarmingly, a return flight would emit 203kg of carbon dioxide per person, compared with 33kg for the train.

The flight routes with the highest emissions were Edinburgh to Bournemouth and Glasgow to Southampton at 287kg of CO2 per person. The figure for the train was 52kg.

Which? Travel editor Rory Boland said: ‘Travellers who choose to take the train face significantly higher fares and journey times, putting those who want to lessen their environmental impact at a disadvantage.’

EasyJet is offering 12 new routes with one-way tickets costing as little as £14.99.

But John Sauven of environmental campaigners Greenpeace UK said: ‘Domestic flights have long been a symbol of how our economic system incentivises our own destruction.

‘The UK Government claims to be a climate leader but is considering lowering taxes on domestic flights despite them being cheaper than train fares on many routes.’

Industry body the Rail Delivery Group pointed out that rail travel was subject to higher fuel duty than air, and suggested the journey times used by Which? were misleading as train stations are generally in city centres while airports are out of town.

A spokesman said: ‘Taking the train is one of the greenest ways to travel, which is why we’re pushing for the Government to adopt a ‘polluter pays’ approach to transport taxes, unlike the zero duty on fuel for planes compared with the 40 per cent tax on electricity to power trains.’ 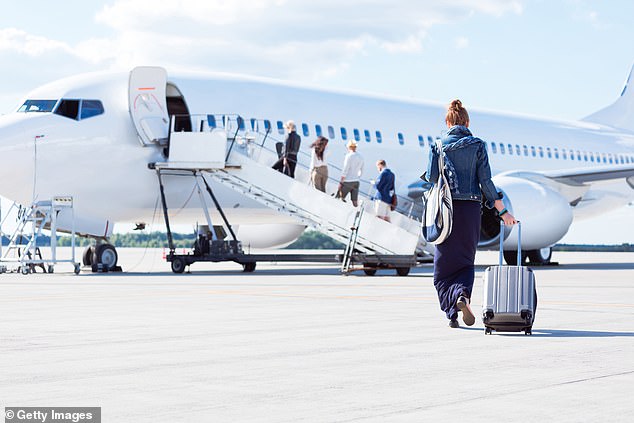