By Joseph Laws For Mailonline


The BBC should broaden its horizons beyond its central London and Salford bases, Media Minister John Whittingdale said, but he denied the Government was waging a ‘culture war’ against the corporation and Channel 4.

Mr Whittingdale said the BBC’s own bosses were working on addressing criticism that it had been ‘too metrocentric’ in the past.

And he defended the potential privatisation of Channel 4, arguing that the long-term viability of the broadcaster was at stake.

Mr Whittingdale said the BBC ‘has been very clear it wants a more diverse workforce’.

‘(Director-general) Tim Davie has set targets in terms of the quality of representation in the workforce, across gender, across racial racial background.

John Whittingdale said the BBC’s own bosses were working on addressing criticism that it had been ‘too metrocentric’ in the past.

‘And we’ve also been very clear that it needs to be reflecting the UK as a whole – the nations and regions of the UK, and not just people who happen to live close to central London or Salford.’

Cabinet minister Jacob Rees-Mogg has suggested the BBC is damaging its reputation for impartiality by consistently making senior appointments from people on the political left and not the right.

Asked about his colleague’s comments, Mr Whittingdale said recruitment was a matter for the BBC, but added that the Government had ‘made it clear that we think it’s very important that the BBC reflects all viewpoints, and that it should be diverse in terms of its employment practice and the content it produces’.

‘I think there has been criticism in the past that the BBC has been too metrocentric, that it has overlooked some important opinions.

‘And that is something which I know the director-general is focusing on.’ 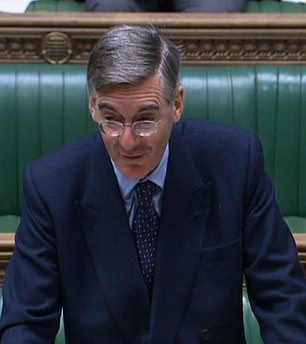 Mr Whittingdale rejected concerns set out by MPs and peers that the privatisation of Channel 4 could damage independent production firms in the UK, with cash instead flowing to multinational corporations.

A consultation on privatising the channel is under way and the minister said: ‘We are now in a world of many, many different content providers, a lot of whom are investing in UK production.

‘And actually, if Channel 4 is to be sustained into the future, they’re going to need the resources to continue and that’s why we thought it was right to look at whether or not there should be a different ownership structure.

Mr Whittingdale rejected suggestions that the Government’s approach to the BBC and Channel 4 was a battleground in an ongoing ‘culture war’.

‘I think on Channel 4, actually, the reason we are looking at alternative ownership models is because we are concerned about the long-term viability of Channel 4 and we want to make sure that Channel 4 will go on succeeding and delivering into the future,’ he said.

‘On the BBC, we are very clear that the management and operation of the BBC is for the BBC to determine.’

The Government was looking at the future level of the licence fee and the corporation’s governance structure, ‘but otherwise, the Government does not interfere in the running of the BBC’.