By Adam S. Levy For Dailymail.com

Kelly Clarkson shared a shot from her Disney World vacation in Orlando, Florida with kids River Rose and Remington Alexander on Wednesday.

The 38-year-old songstress smiled as she posed with her children, ages six and four, with estranged husband Brandon Blackstock, 43, in front of a display of Star Wars stormtroopers.

‘We had so much fun at Disney World!’ Clarkson said. ‘All the rides were amazing but oh my gosh, y’all, Pandora and the Star Wars rides are where it’s at! Thank you for a magical vacation, Disney.’

The latest: Kelly Clarkson, 38, shared a shot from her Disney World vacation with kids River Rose, six, and Remington Alexander, four, on Wednesday

The Texas-born beauty, who donned a green patterned top in the photo, also added a quote from the original Star Wars film, writing, ‘These aren’t the droids you’re looking for.’

Clarkson, who hosts the syndicated talk show, The Kelly Clarkson Show, looked to have an upbeat time as she continues to finalize her split from Blackstock, more than a year after she filed for divorce after seven-plus years of marriage.

Clarkson earlier this month submitted documents to expedite the finalization of the divorce, saying she and Blackstock ‘both deserve the opportunity to build a new life,’ in legal docs according to People.

The A Moment Like This singer, in her declaration, requested that issues including spousal and child support arrangements be worked out after the divorce is finalized. 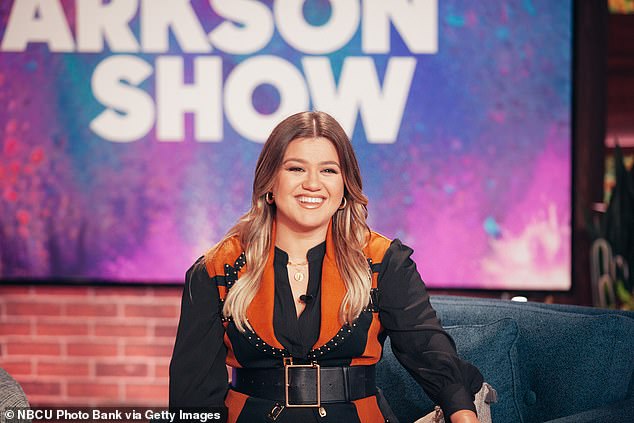 In the limelight: Clarkson who hosts the syndicated talk show The Kelly Clarkson Show 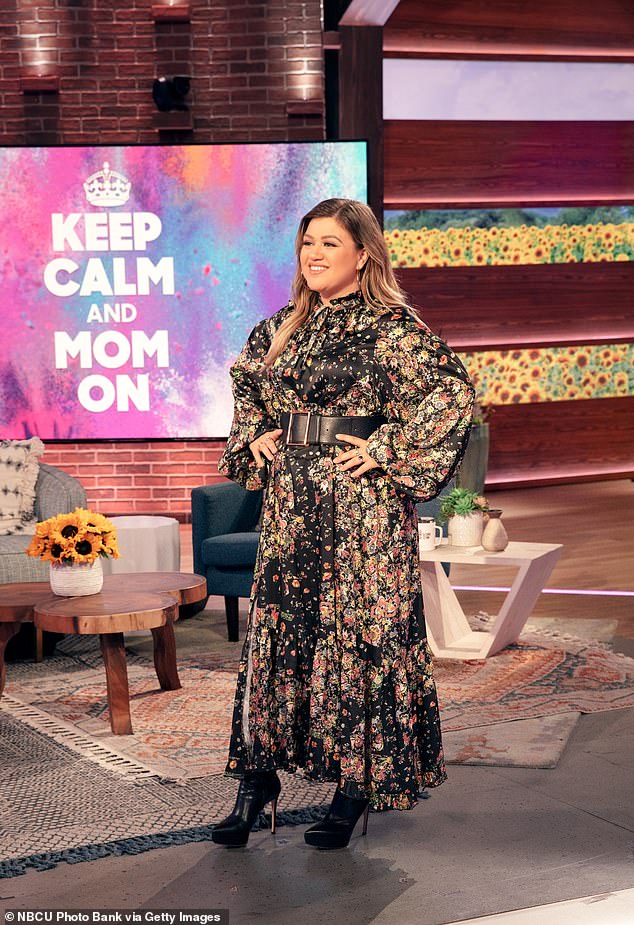 Clarkson last November was granted primary physical custody of their two kids, with a source telling the outlet that ‘it’s been a hard time for everyone, but Kelly’s pleased with the court’s ruling regarding custody.’

Another insider told the outlet that Clarkson’s ‘first priority in all of this is to take care of the kids and all the hearts that are involved in this divorce.’

The source noted, ‘Divorce is hard and it gets tense for most couples going through it. But Kelly’s primary focus is on doing the best she can to protect the kids. In this case, she had to fight for them since Brandon and his attorneys were making unreasonable requests.’

Blackstock has requested monthly spousal and child support totals of $436,000, which would add up to more than $5.2 million annually.