ANNA MIKHAILOVA: Labour chumocracy that got Luke into Euros final

By Anna Mikhailova For The Mail On Sunday


‘This Prime Minister doesn’t even care enough to hide his blatant cronyism. He treats the public with contempt,’ railed Angela Rayner on news that Boris’s old Bullingdon Club chum Ewen Fergusson had been appointed to the ethics committee advising the PM.

Hang on! What about the chumocracy that operates in Starmer’s Labour Party? For example, Luke Pollard, the Shadow Environment Secretary, still finds plenty of time for the lobbying industry in which he used to work. His old chums treated him to a coveted ticket to watch England play Italy in the Euros final at Wembley. In his latest register of interests, the Devon MP, who once worked as a lobbyist for developers, declared that his old boss, Chris Rumfitt of Field Consulting, ‘donated’ the £646 ticket.

Hang on! What about the chumocracy that operates in Starmer’s Labour Party?

Rumfitt, whose firm offers clients ‘deep policy knowledge’, was, of course, ‘thrilled’ when Pollard became Field Consulting’s ‘first alumni in Parliament’. The lobbyist’s largesse doesn’t stop at football tickets. Field’s numerous housing clients finance the cost of running Pollard’s All Party Parliamentary Group on shared ownership housing. Rumfitt has also got Pollard to speak at Field’s webinars – the latest, in May, about the UK’s net-zero plans and the recent trade deal with Australia. The Shadow Minister has even given Field’s clients advice on what ‘good lobbying looks like’. Field Consulting said of the event: ‘Effective engagement with Parliament is paramount to being a good lobbyist. And who could offer a better insight in how to do this than those who have worked on both sides of the fence.’ 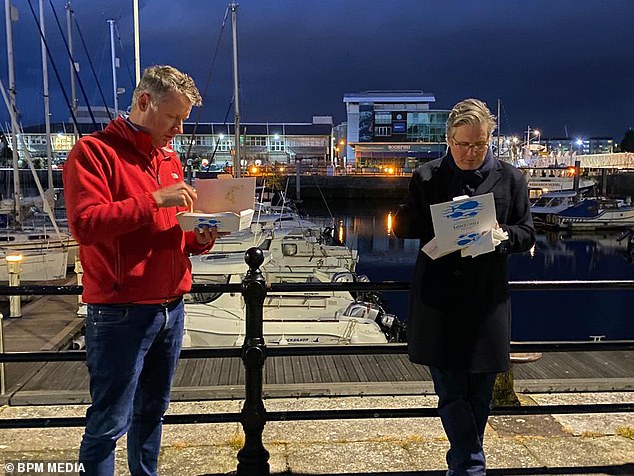 Luke Pollard, the Shadow Environment Secretary, still finds plenty of time for the lobbying industry in which he used to work. His old chums treated him to a coveted ticket to watch England play Italy in the Euros final at Wembley. (Pictured, Luke Pollard and Keir Starmer eating fish and chips in Plymouth)

Nothing to see here then.

Little chance, though, of another of Bojo’s Bullingdon Club buddies, Darius Guppy, joining the ethics watchdog. The convicted fraudster, who Boris was once recorded talking to about having a journalist beaten up, is indisposed by nasty divorce proceedings – in which he’s accused of ‘physically and verbally abusing’ his wife.

More bad news for Daniel Kawczynski, Britain’s tallest MP, who claimed his height contributed to him acting in a ‘threatening and intimidating manner’ to staff. Now the Tory MP for Shrewsbury and Atcham has taken a pay cut in his second job as consultant for US-based mining group Electrum. It has just halved his monthly fee from £6,000 to £3,000. Adapting to the loss of earnings will surely be a tall order. 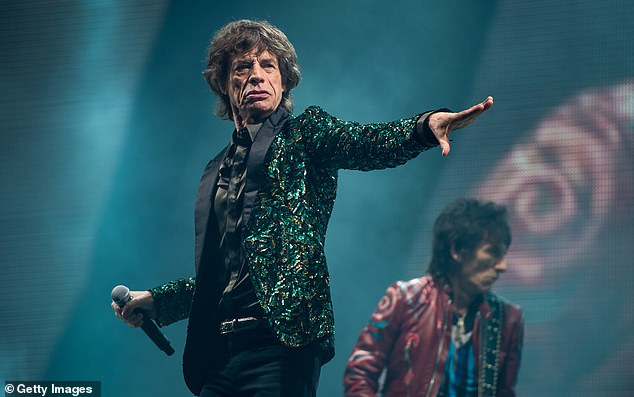 In 1972, the multi-millionaire (left) asked the French taxman to gimme shelter and now the tax exile on Main Street wants tax rises for cash-strapped UK families

Sir Mick Jagger, who’s made bags of money from Brown Sugar, has come out in support of a proposed tax on sugary and salty foods.

Try as I do, it’s hard to get any satisfaction from the Rolling Stones frontman’s views on tax.

In 1972, the multi-millionaire (left) asked the French taxman to gimme shelter and now the tax exile on Main Street wants tax rises for cash-strapped UK families.

There’s no sympathy for the devil here.

Parliament continues to treat Betty Boothroyd shoddily after the 91-year-old pioneering peer’s return to the House of Lords after heart surgery. As reported here, the former Commons Speaker was subjected to an official investigation for failing to attend a sexual harassment course – despite her operation. Now a concerned fellow peer tells me that security staff refused to let Boothroyd’s nephew pick her up inside the Lords last week because she couldn’t recall his registration number and car make. She had to call an Uber. ‘How ridiculous,’ said the friend, ‘not to let in Baroness Boothroyd’s nephew but any Uber driver is fine – no questions asked!’