The love boat! The Kid Laroi goes sailing on a yacht with his stunning girlfriend Katarina Deme days after landing his first No. 1 single in Australia with Justin Bieber collaboration ‘Stay’

He just achieved first number one single in his native Australia after collaborating with Justin Bieber on the the hit song ‘ Stay’.

And the rapper The Kid Laroi, real name Charlton Kenneth Jeffrey Howard, has celebrated the milestone by going sailing with his girlfriend Katarina Deme over the weekend.

Katarina shared a number of photos of the pair on the boat together, basking in the sunshine together.

Milestone: The Kid Laroi and girlfriend Katarina Deme, both 17, went sailing days at the weekend, days after he landed his first No. 1 single in Australia with Justin Bieber collaboration ‘Stay’

The rapper looked every inch the rising star in a black shirt along with a dark pair of sunglasses and a trendy tie-dye hat. 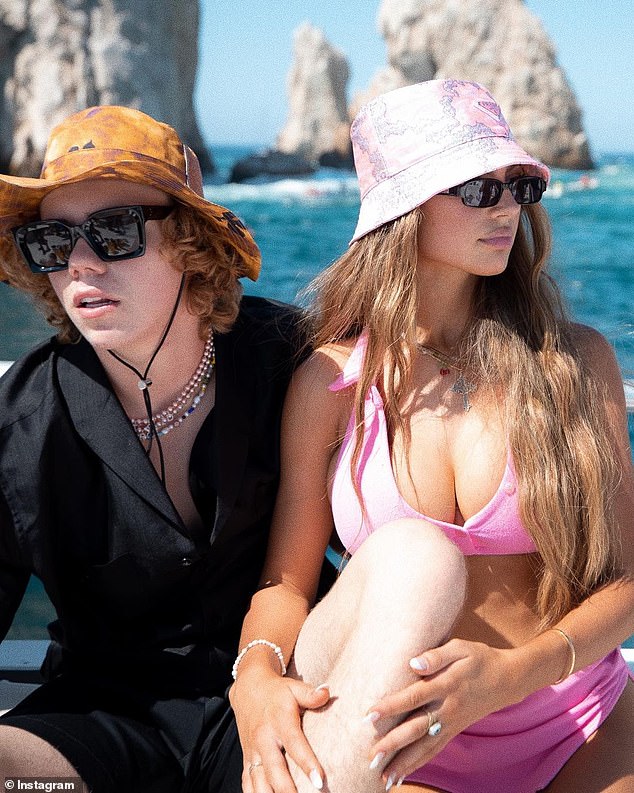 Starpower: The rapper looked every inch the rising star wearing a black shirt along with a dark pair of sunglasses and a tie-dye hat

The Tik-Tok star finished her ensemble with a pair of sunglasses and a tie-dye hat.

It comes after the rapper finally landed his first No. 1 single on Australia’s ARIA charts. His new collaboration with Justin Bieber, titled Stay, topped the chart. 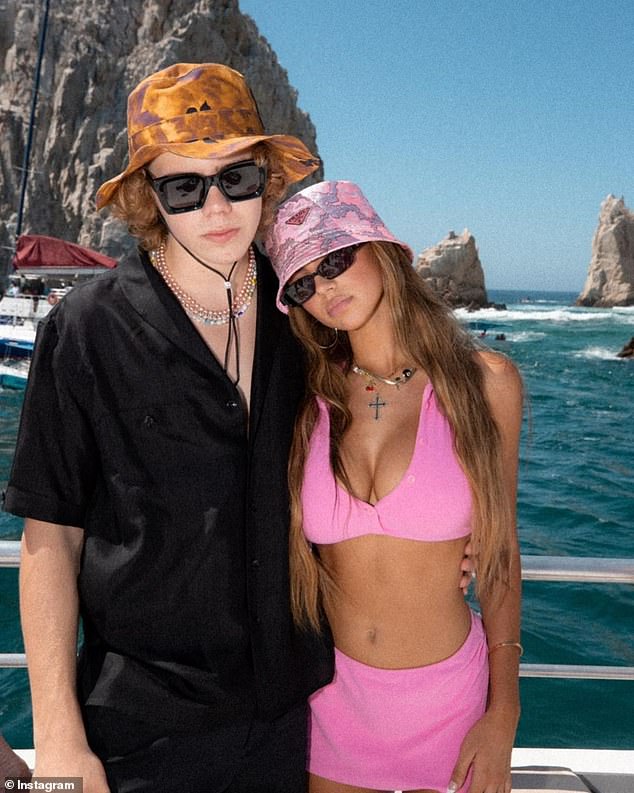 Couple: Meanwhile, the girlfriend showed off her toned and tanned figure wearing a plunging pink top and mini-skirt

Immediately after its release, Stay topped multiple Spotify charts around the world and is currently climbing up the Australian iTunes charts.

In the music video, the teen pop star and Bieber dance in an empty station. It’s cut in with scenes of a melodramatic Laroi racing through Los Angeles.

The rapper previously said he wanted to showcase his home country’s rap scene to the world. 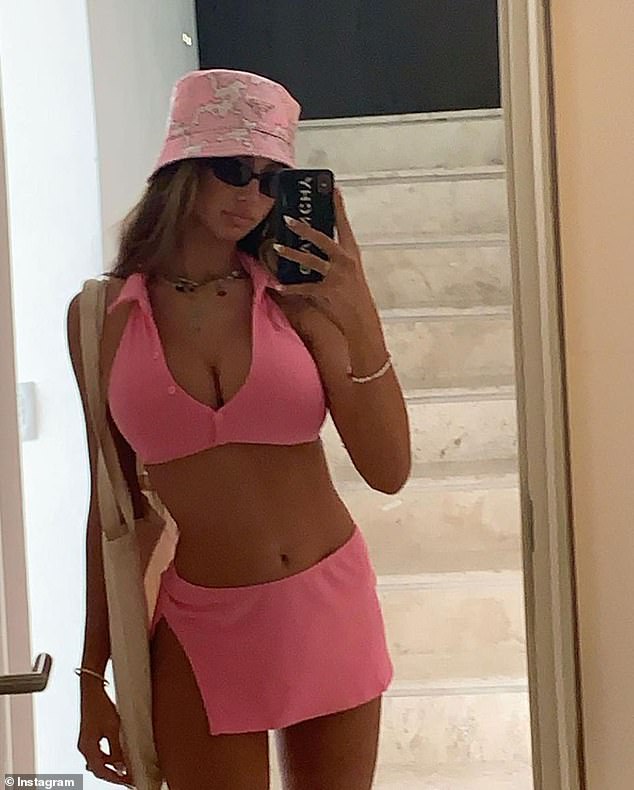 Stylish: The Tik-Tok star finished her ensemble with a pair of sunglasses and a tie-dye hat

‘I don’t think America is completely switched on to how big [and] great the Australian music scene and culture is, but I think that’s kind of my job to shed light,’ he told Triple J last month.

The Waterloo-born star said he’s long dreamed of putting Sydney’s rap scene on the map ‘the way Drake did with Toronto’.

Born in Canada, rapper Drake often gushes about his home city of Toronto in his music, and even boasts a number of Toronto-themed tattoos. 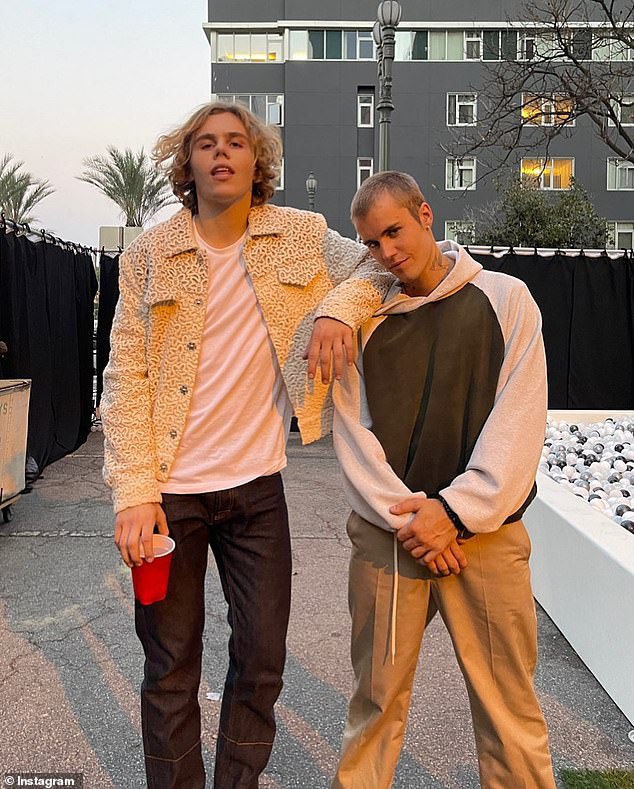