By Kelby Vera For Dailymail.com

She loves a laid back look.

And Kristen Stewart went for classic cool during a visit to her go-to hair salon in Los Angeles on Thursday.

Keeping up with her tomboy chic style, the Twilight actress, 31, rocked a crisp white tee shirt and cuffed blue jeans.

Classic: Kristen Stewart looked cool as ever as she left the hair salon wearing classic blue jeans and a white tee shirt in LA on Thursday

She accessorized with tiny sunglasses, white sneakers and a chain necklace, while carrying around a chrome water bottle.

The star had her shoulder length tresses swept back and to the side.

It looked like the platinum blonde hue she wore to play Princess Diana Spencer had been toned down to a sandy brown shade.

Stewart is set to play the late Princess Of Wales in the upcoming film Spencer, which is due out in September. 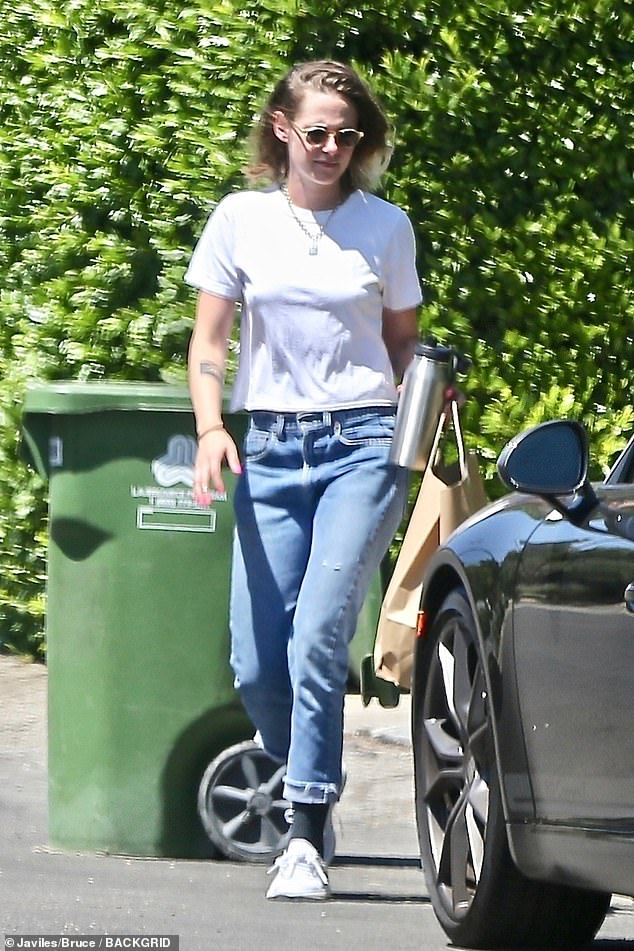 Toned down: It looked like the Twilight actress had darkened her locks after going blonde for the Princess Diana film Spencer

Kristen’s portrayal comes after Emma Corrin’s Emmy-winning performance as Diana on the latest season of The Crown.

The cast of the Netflix program is being switched for the next two seasons in order to age the characters up so Diana will henceforth be played by Elizabeth Debicki.

Kristen’s movie is helmed by Jackie director Pablo Larrain and written by Steven Knight who was behind the Dirty Pretty Things screenplay.

The movie shows Diana spending Christmas with her in-laws at Sandringham in the early 1990s and deciding her marriage to Prince Charles is unsalvageable.

A similar situation was portrayed on the latest season finale of The Crown with Charles and Diana’s marriage at breaking point over Christmas 1990. 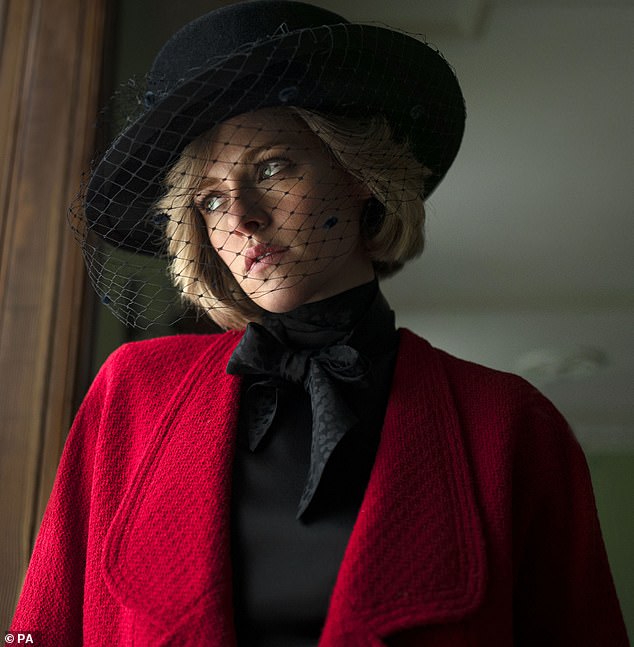 Uncanny: Stewart (above) is set to play the late Princess Of Wales in the upcoming film Spencer, which is due out in September