A football club claims it has suffered tens of thousands of pounds worth of damage after being ‘vandalised by travellers’ who had set up camp there.

Redruth United has released pictures of the club’s building and ground showing the devastating damage to its pitches, buildings, tea hut and goals.

The Cornwall club alleges the damages came after a traveller encampment settled on its ground at Clijah Croft in Redruth.

Travellers camped out on the site until Saturday, leaving the club only a month before the season starts to repair the grounds 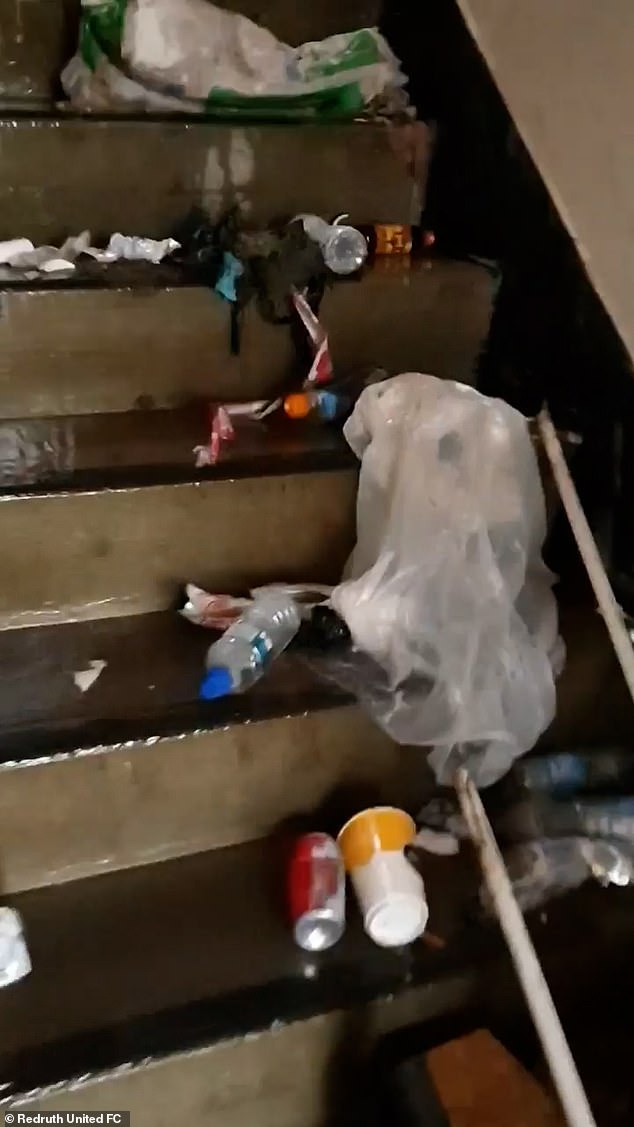 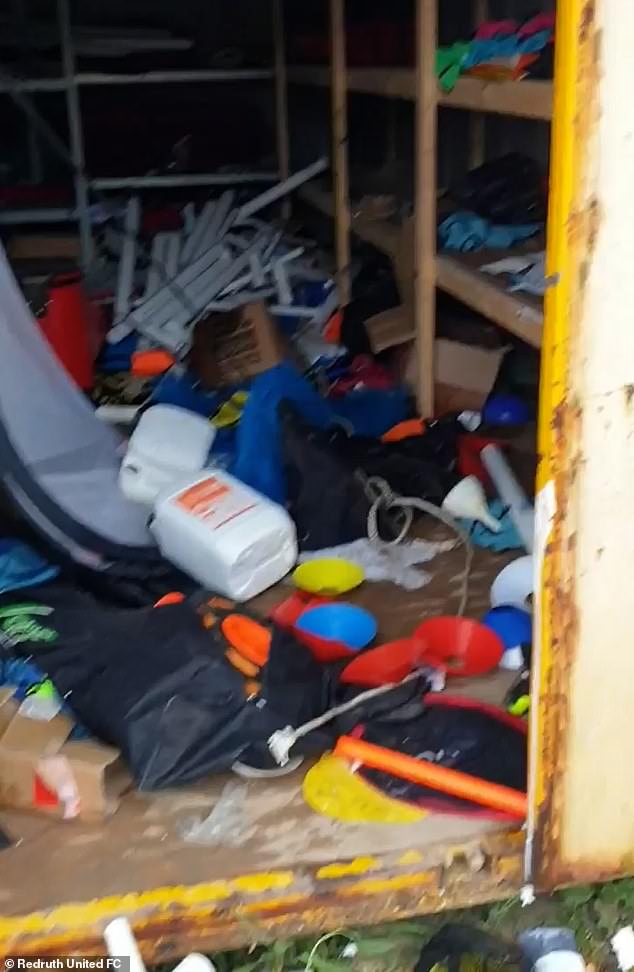 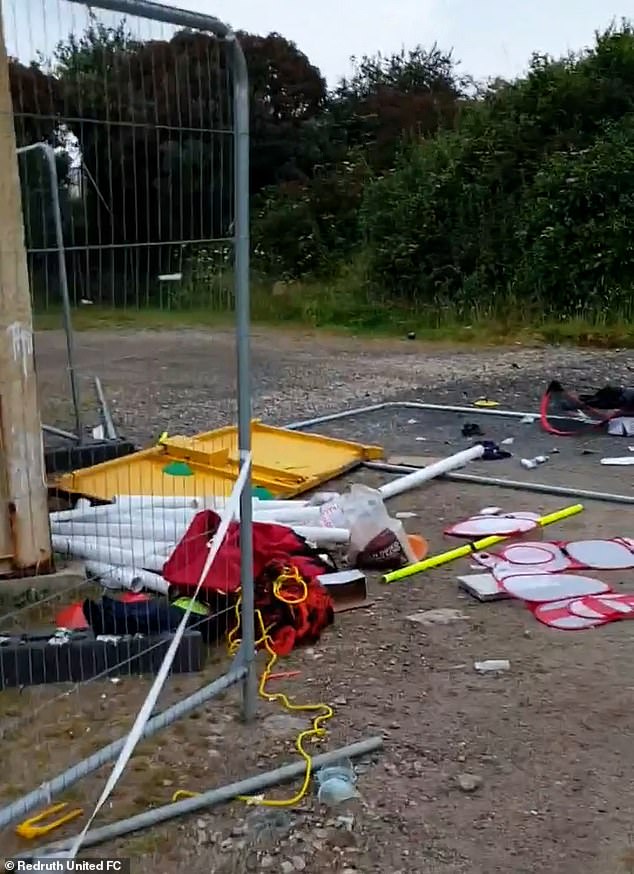 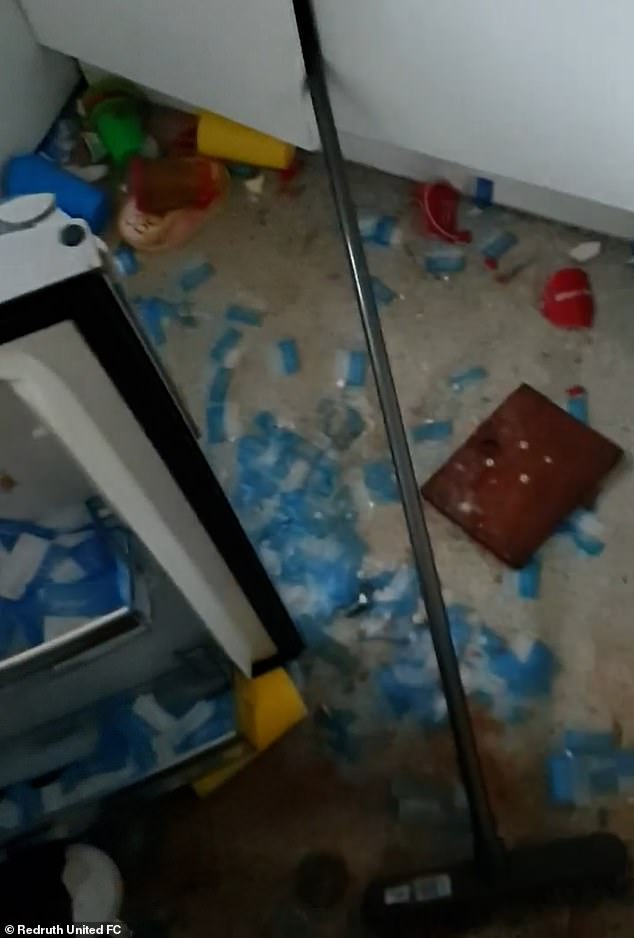 Club captain Dan Horler said the club thought the damage had been caused by the group of travellers who camped on one of the club’s four pitches on July 12 and left on Saturday, he told BBC.

The site is now secure, but has been left in a terrible condition.

Travellers left behind piles of rubbish, buildings flooded, kids’ equipment wrecked, windows broken, and warned anyone visiting the site to ‘be aware’ of ‘human waste on the fields.’

‘The court order has today been issued and bailiffs have been instructed to attend if the travellers have not left Clijah by tomorrow.’

Police and gyspy and traveller liaison officers were sent to the site. 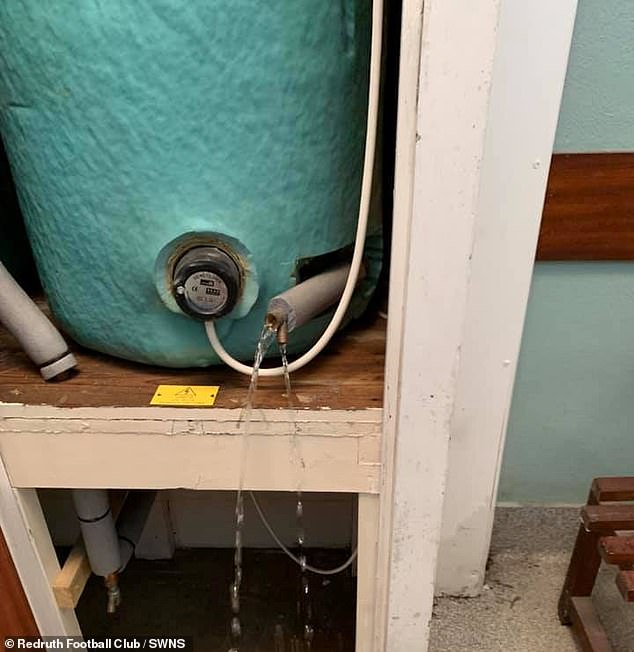 In a Facebook post on Sunday, the club said the building was flooded with water after it had been let out of the header tanks upstairs 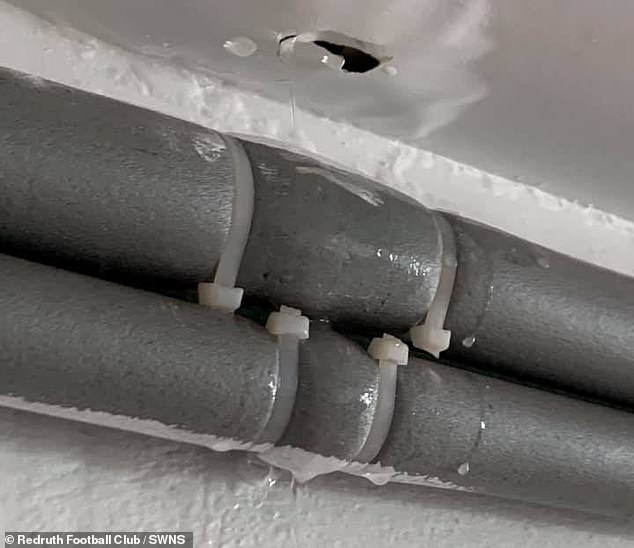 The club documented the damage on their Facebook page, saying the water tanks had leaked through the ceilings and into the electrics below

In a Facebook post on Sunday, the club said: ‘Luckily there is little damage to the actual pitches…….but the changing rooms are a different matter.

‘The whole building has been flooded by water let out of the header tanks upstairs, causing it to leak through the ceilings below and into the electrics.

‘We have stopped the water leak and removed standing water from the building, also cleared the kitchen floor and debris.’ 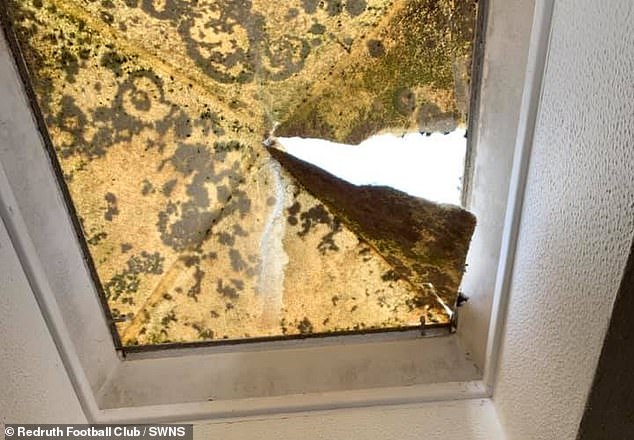 Travellers left windows broken and other property damage after clearing out on Saturday. The club said they left behind tens of thousands of pounds worth of damage 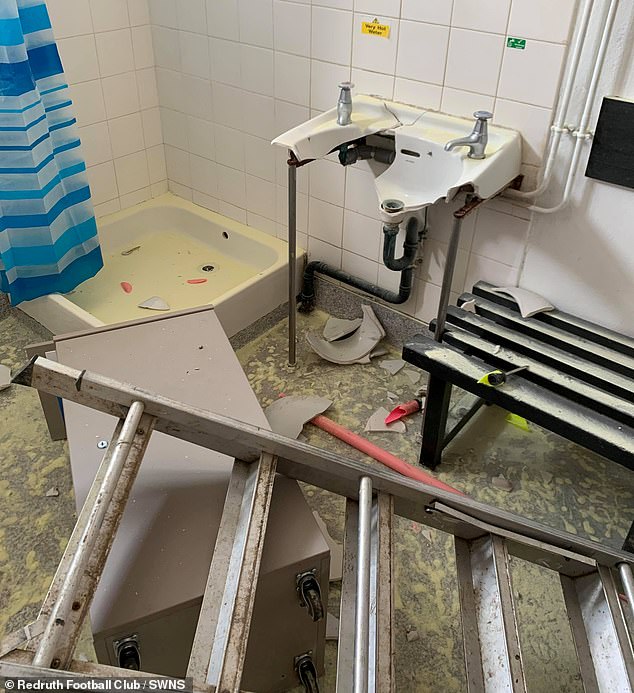 A Just Giving campaign has raised more £7,500 to repair the damages and the club has stated that they have been ‘overwhelmed’ by the community support

A Just Giving campaign since raised more than £7,500 to repair the ground and building.

In a Saturday post the club said: ‘Devastated is an understatement! Destroyed our home.’

The club asked the community to help them clean up after grounds were clear of travellers. 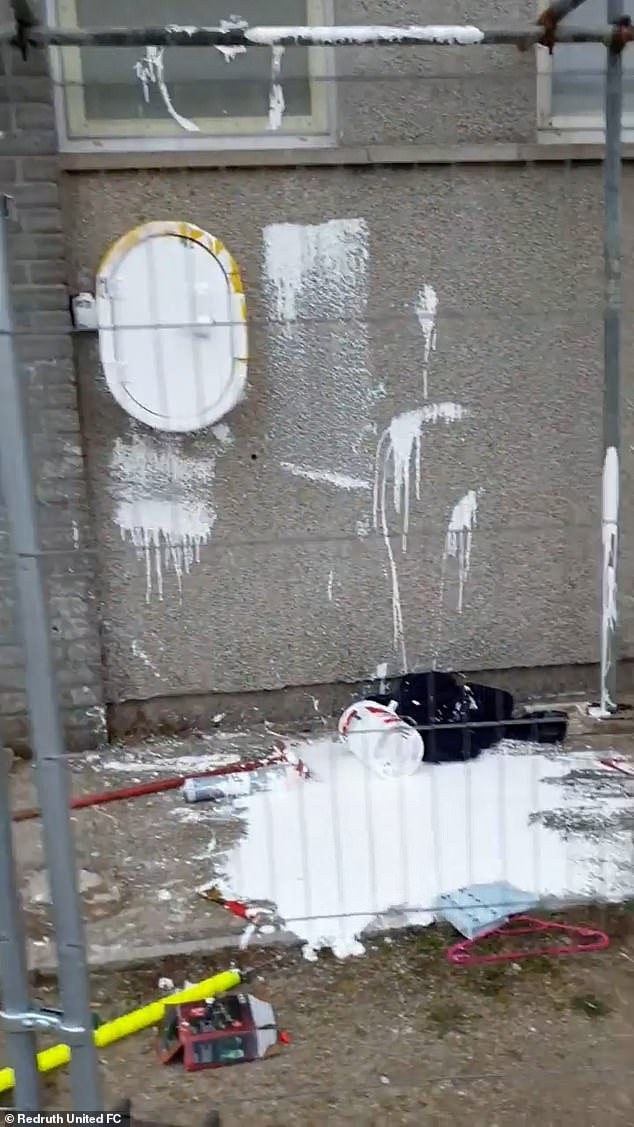 The vandals sprayed paint over the defibrillator box, as well as leaving behind trash 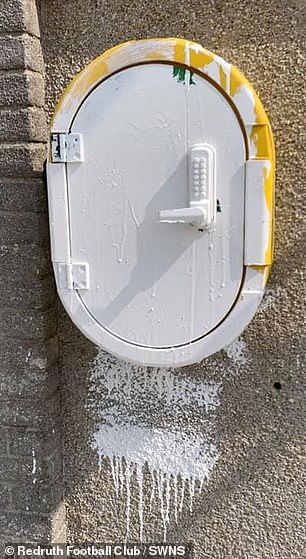 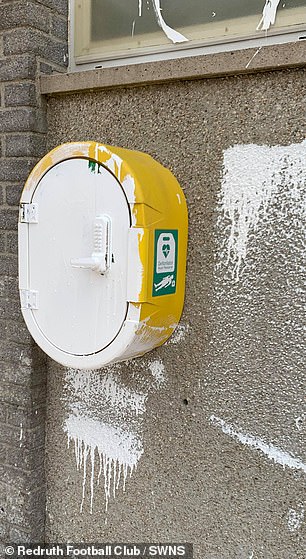 ‘As you will have all seen from our previous video, the damage that has been caused is extensive and likely to run into the tens of thousands of pounds!

‘However on a more positive note the club has been overwhelmed by the support shown to us by so many people to help with clearing up the mess.

‘All the messages have been gratefully received. Thank you all.

‘Whilst this has been so hard to see happen for all those involved with the club we are all determined to rebuild and to quote the Peter Crouch podcast come back stronger.’

Horler told the BBC there was just a month to get the ground ready for the first day of the season, but that the response from the local community had been ‘really heart warming.’ 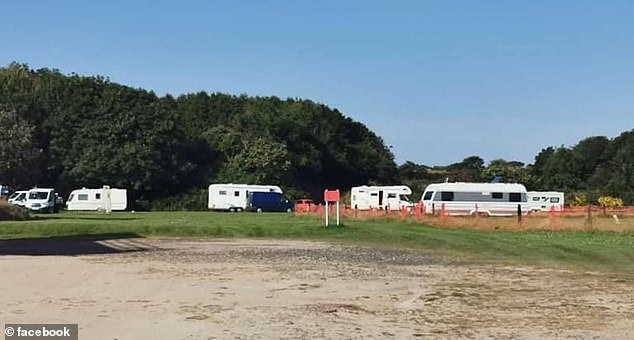 The club believes the damage was done by a group of travellers who camped out on the one of the pitches on July 12, they said to BBC

‘We are lucky to still have the building structure,’ he said.

‘Everything has been affected, from the tea hut to the kids’ football goals..’