On Sunday evening Lena Dunham made her red carpet debut with her new boyfriend Luis Felber and the two looked very much in love.

The 35-year-old Girls creator stepped out with the musician — known professionally as Attawalpa, 35, — at a special screening of Zola at the Sundance Film Festival in London.

The pair who engaged in some sweet PDA, began dating just a few months back and she made things Instagram official on his birthday in June.

Loved up: The Girls creator made her red carpet debut with the British born musician at a special screening of Zola at Sundance Film Festival London on Sunday evening

For the event Lena donned a black silk dress with a high neck that was lined with dangling beads.

She carried a silk purple bag and wore dazzling silver heels as she cozied up to her man.

Her makeup was natural with the exception of a coral lip and her hair was tied back in an updo with decorative barrettes on the side.

The Peruvian British musician affectionately kissed her on the head and cheek in a few snaps while wearing a black suit with a rainbow striped shirt and slipper inspired sneakers. 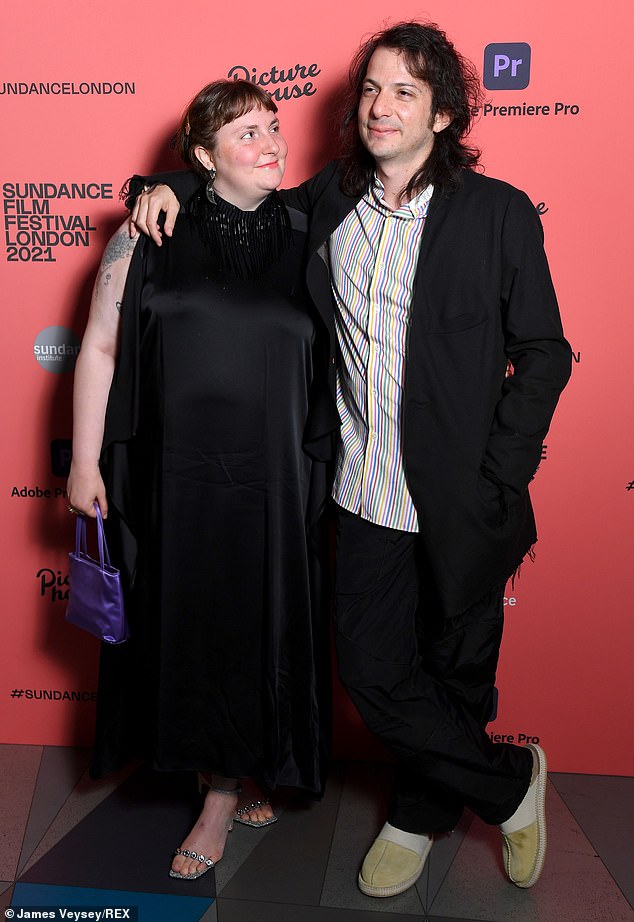 Look of love: Lena beamed at her boyfriend of a few months as they posed for photos ahead of the screening

Tender kisses: The musician known professionally as Attawalpa kissed his girlfriend on the cheek and head

The director-producer grinned big as she threw her arm around his waist, not shy about airing their love to the world.

On June 9, Lena penned an affectionate tribute to her boyfriend on his birthday with an Instagram series.

‘When I was 3 weeks old in downtown Manhattan, I had no idea a baby was being born in England (Winchester, no less!) who would rocket into my life- wearing a lime green polar fleece snood- and challenge so many of my beliefs about myself and the world with magical abandon.

‘Everyone who comes into contact with you- creatively, emotionally, accidentally- is lucky. But I am the luckiest, because that snood is now in our shared chest of drawers. “The warmth of your love is like the warmth of the sun and this will be our year, took a long time to come..” Happy Birthday, Lulu.’ 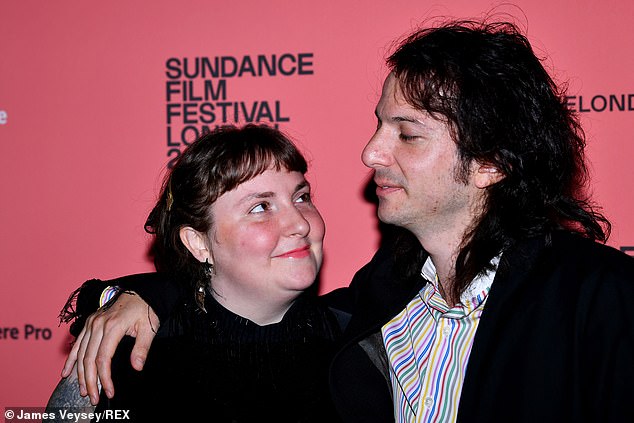 ‘Luckiest’: Penning a gushing birthday tribute on June 9 she called herself the ‘luckiest’ 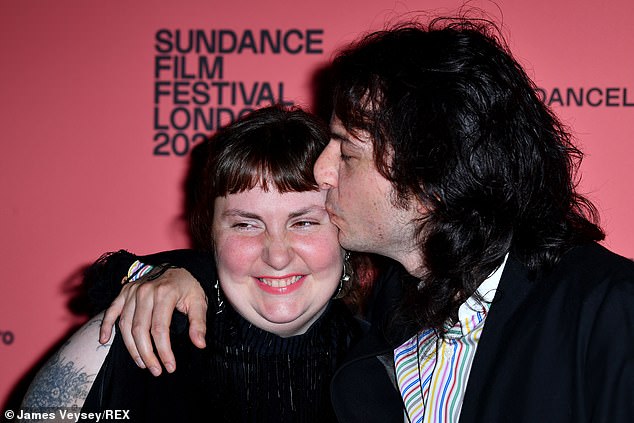 London is for lovers: The pair have been dating for the past several months after meeting in London where she currently resides

Days prior Page Six revealed that they were an item after they met while living in London — where she currently resides as she continues to work on her new project Sharp Stick.

In April she revealed she had a boyfriend during an April New York Times interview though she did not name him outright. ‘It’s been a few months … I feel really lucky,’ she said coyly of her new relationship.

Dunham began dropping hints that Felber may be her guy as she promoted a music related interview he had with Kate Nash that same month, and then his music video in May — at which point she called him ‘my love.’

‘Brand new song & video from my (heart emoji) @attawalpa and by gosh I believe he’s done it again…It’s so special – and nice green “knickers” my love, did not know those moves were in you,’ she wrote in May via Instagram. 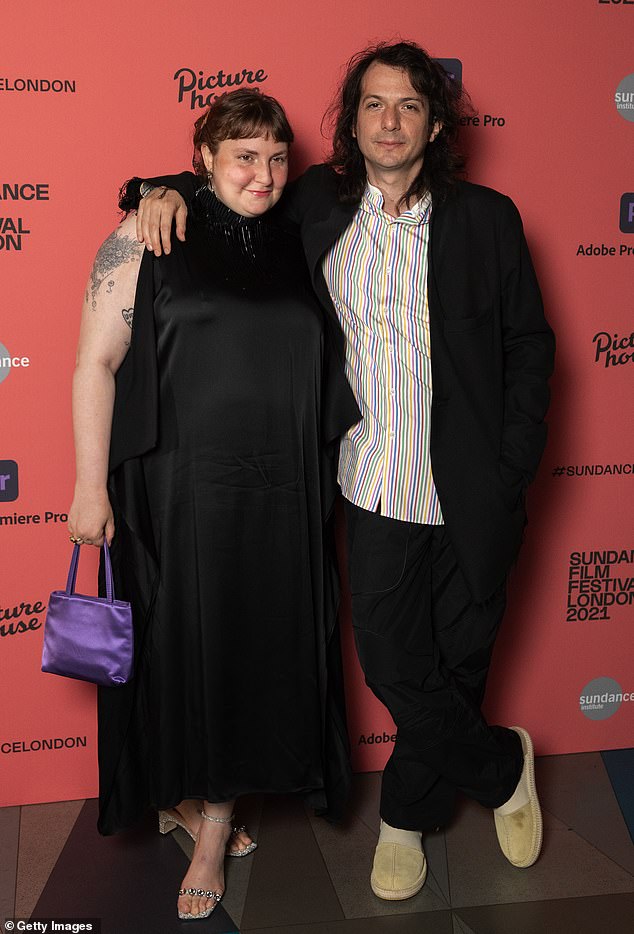 Off the market: In April she confirmed she was in a relationship as she told the New York Times ‘It’s been a few months … I feel really lucky,’ but did not name him outright

This relationship is her first public romance since she and musician Jack Antonoff mutually ended things in December 2017, after five years together.

The Tiny Furniture star had spoken about her heartbreak in an essay for Vogue in May 2018. ‘We sat in our shared kitchen of nearly four years and quietly faced each other, acknowledging what nobody wanted to say,’ she began.

‘That obsessive connection had turned to blind devotion, and the blinders were coming off to reveal that we had evolved separately (the least shocking reason of all and perhaps the most common),’ a second excerpt read.

Rumors had swirled that he was romantically involved with his frequent co-collaborator Lorde at some point during their relationship, before he shut the situation down publicly in a now-deleted tweet.

‘Normally I would never address rumors. But I resent having the most important friendships and working relationships in my life reduced to dumb heteronormative gossip. Those relationships are deeply important and sacred. With that said, I’m not seeing anyone. lol.’ 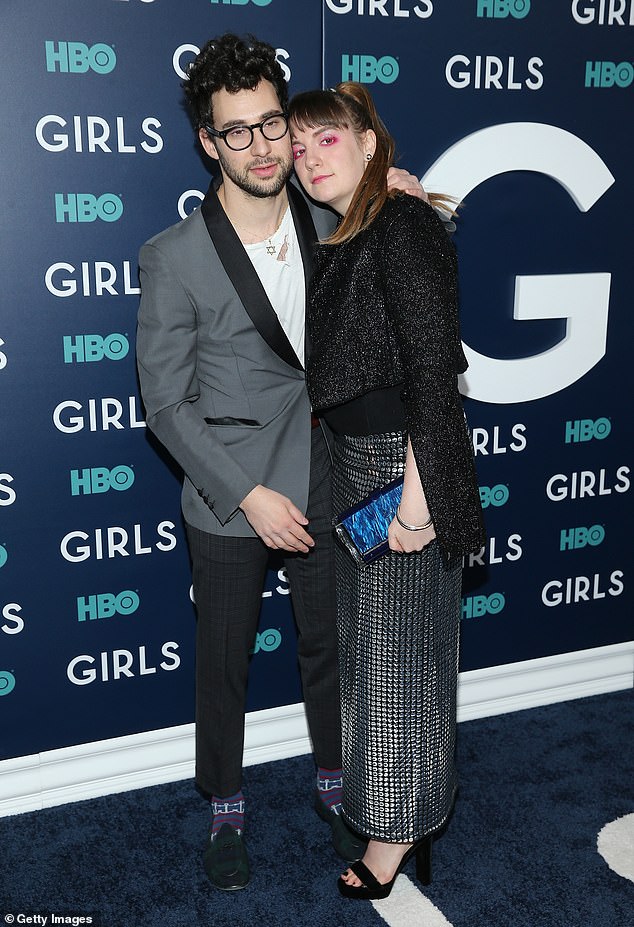 Old flame: She  and Antonoff mutually ended things in December 2017, after five years together at which point she spoke about her heartbreak in an emotional Vogue essay; pictured 2017