Rafael Nadal chides old rival Novak Djokovic for angrily hurling his racket into the stands during Olympic defeat, calling his reaction ‘strange’ and reminding him he’s ‘an example for many children’

By Richard Martin For Mailonline

Rafael Nadal has given Novak Djokovic a telling off after the Serbian threw his racket into the stands in his Olympic bronze medal defeat to Spaniard Pablo Carreno Busta.

Djokovic levelled his match with Carreno Busta by winning the second set but got off to a bad start in the third and in a bizarre fit of rage hurled his racket into the stands.

‘Luckily there weren’t any fans in the stands and it didn’t lead to anything but these are things that happen once in a while and you have to try and avoid them,’ Nadal told a news conference ahead of the Citi Open in Washington. 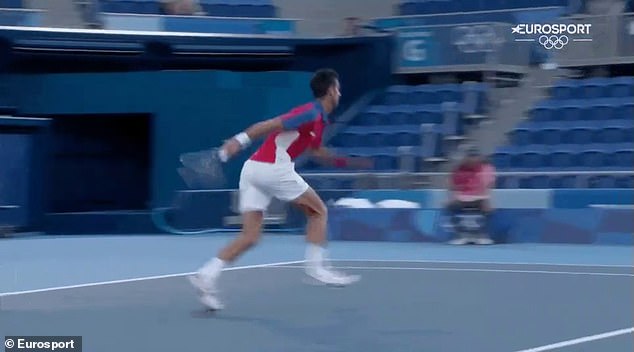 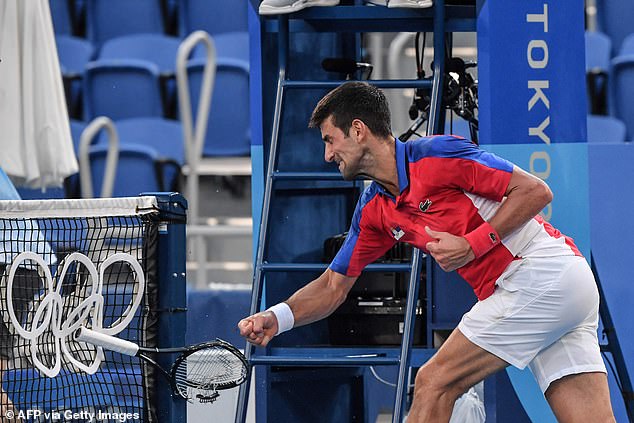 ‘It’s important to avoid these types of situations especially if you’re a reference for many children. At the end of the day he’s the world No 1 and one of the best of all time.’

Djokovic has a habit of losing his temper in matches and was thrown out of last year’s US Open after unintentionally striking a line judge with a ball.

Nadal admitted that the Serbian, who last month drew level with him and Roger Federer on 20 grand slam triumphs, has an unusual way of dealing with his emotions on the court but put his outbursts down to his competitive nature.

He said: ‘It’s strange that someone who has had so much success should react that way from time to time but at the end of the day he’s very competitive and reacts like that. 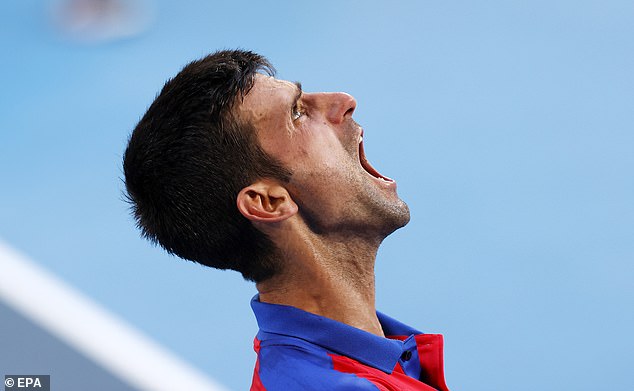 Djokovic has a habit of losing his temper in matches and Nadal said: ‘It’s not the best image’ 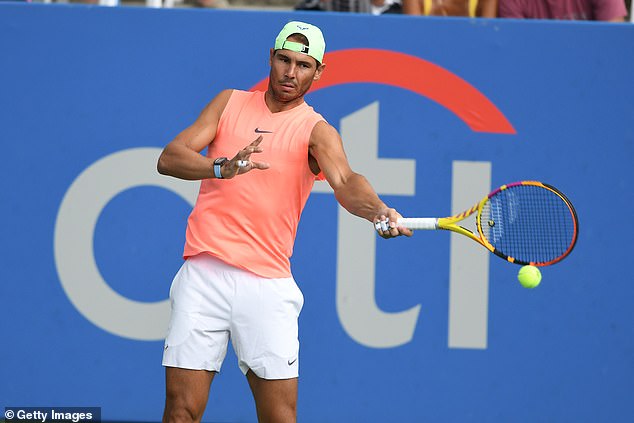 Djokovic ended Nadal’s four-year winning streak at the French Open earlier this year with a shock victory in the semi-finals, after which the Spaniard decided to withdraw from Wimbledon and the Olympics to allow his body to recover.

But he is making his comeback in the hardcourt season and the Citi Open in Washington is the first step towards his preparation for the U.S Open later this month.

‘My body decided for me, if I could have chosen I never would have missed Wimbledon nor the Olympics,’ he said.

‘I am taking steps forward and hope to be ready so I can compete well.’

CREDIT – Stream every unmissable moment of Olympic Games Tokyo 2020 live on discovery+, The Streaming Home of the Olympics.