Bank fraud victim was on hold for SEVEN hours: Victims of scams are being left vulnerable to more crime because they are not given enough support, consumer group warns


Fraud victims are being left without enough support from banks, leaving them at risk of future scams, warns Which?

The consumer group found some struggled to contact their bank after an incident, including one who was on hold for seven hours, racking up a £50 phone bill.

Its survey found 15 per cent of customers who reported fraud or attempted fraud to their bank said they waited 30 minutes or more to speak to staff.

Which? highlighted concerns over ‘recovery fraud’, when victims are targeted again by scammers pretending to help them recoup their cash

Just under a third of victims said their bank did not offer advice or resources to help protect themselves in the future.

Which? highlighted concerns over ‘recovery fraud’, when victims are targeted again by scammers pretending to help them recoup their cash.

Its survey found 83 per cent of victims in the past year were satisfied overall with their bank.

But Which? said this left a significant number potentially ‘slipping through the cracks’ as official estimates put the number of fraud offences in the year to March at 4.6million.

Which? contacted banks to ask what protocols they had in place for victims of fraud. All said they offer advice or guidance.

Many banks have signed up to a voluntary reimbursement code on bank transfer scams which instructs them to refund customers who are not at fault and give them adequate support.

But Which? wants the voluntary code to be replaced with a mandatory reimbursement scheme.

It is also calling for more transparency so customers can clearly see how their bank chooses to treat victims of crime.

TSB, which has its own fraud refund guarantee, has also called for a mandatory refund scheme in a consultation response to the Payment Systems Regulator (PSR).

Jenny Ross, Which? Money editor, said: ‘When banks fail to offer proper support, it can make a nightmare situation even worse, and an absence of information from firms about how people can protect themselves could even lead to ruthless scammers striking for a second time.’ 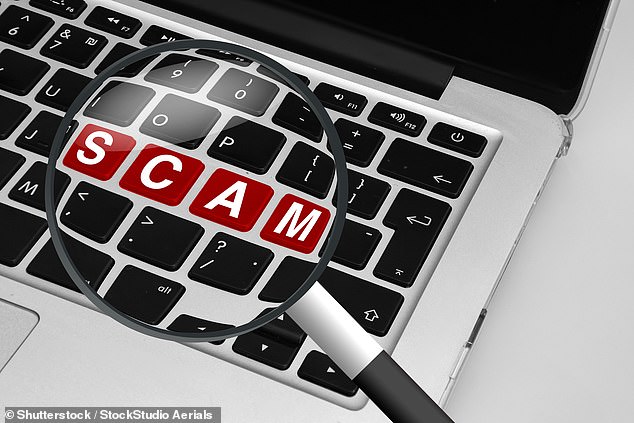 Which? said it took one victim four days until her bank, HSBC, contacted her after she had been scammed to tell her that she would be refunded

Which? said that in one case, someone lost £3,900 after fraudsters posed as her bank.

She spent a total of seven hours on hold on the phone to her bank, racking up a £50 phone bill. The process took so long that her landline provider temporarily cut her off.

Which? said it took four days until her bank, HSBC, contacted her after she had been scammed to tell her that she would be refunded.

She told Which?: ‘I was terrified because I didn’t know what information the scammers had got.’

HSBC said: ‘We have recently made improvements to how fraud and scams can be reported, which means people can generally report a scam or fraud within minutes.’