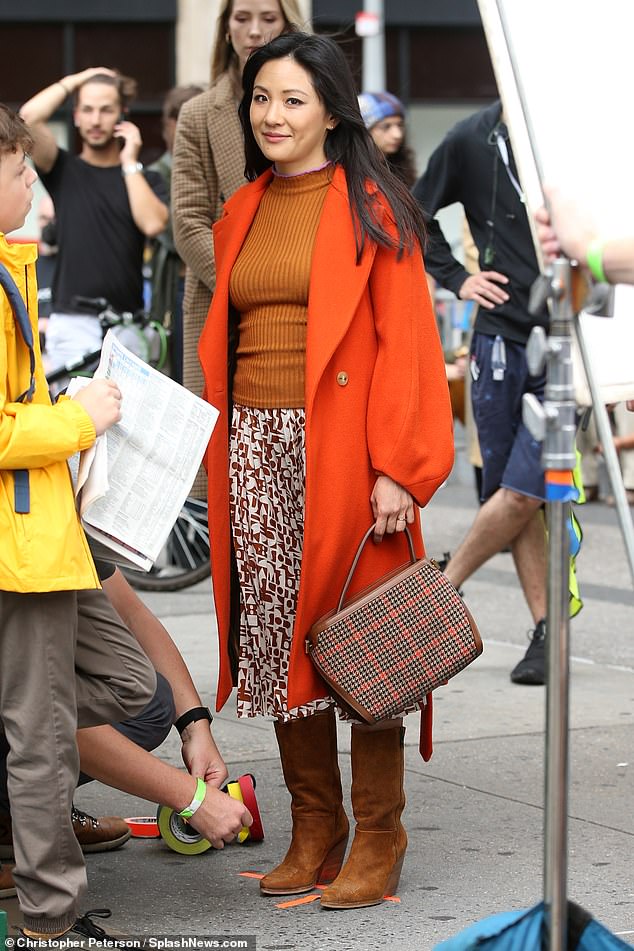 By Christine Rendon For Dailymail.com


Fall has officially begun and Constance Wu was a vision of autumnal fashion on Thursday.

The actress, 39, was spotted costumed in a bright orange coat and leather boots as she filmed Lyle Lyle Crocodile in New York City.

The Crazy Rich Asians actress carried a chic leather accented bag while wearing her raven tresses down sleek and straight.

She was spotted filming with her costar, Winslow Fegley, who wore a bright yellow jacket whilst carrying a newspaper.

The duo have been hard at work filming Lyle Lyle Crocodile, a film adaptation of the 1965 children’s book written by Bernard Waber.

On Wednesday, the co-stars were spotted working on the movie set where Constance sported a maroon coat and trousers along with a blue green top. 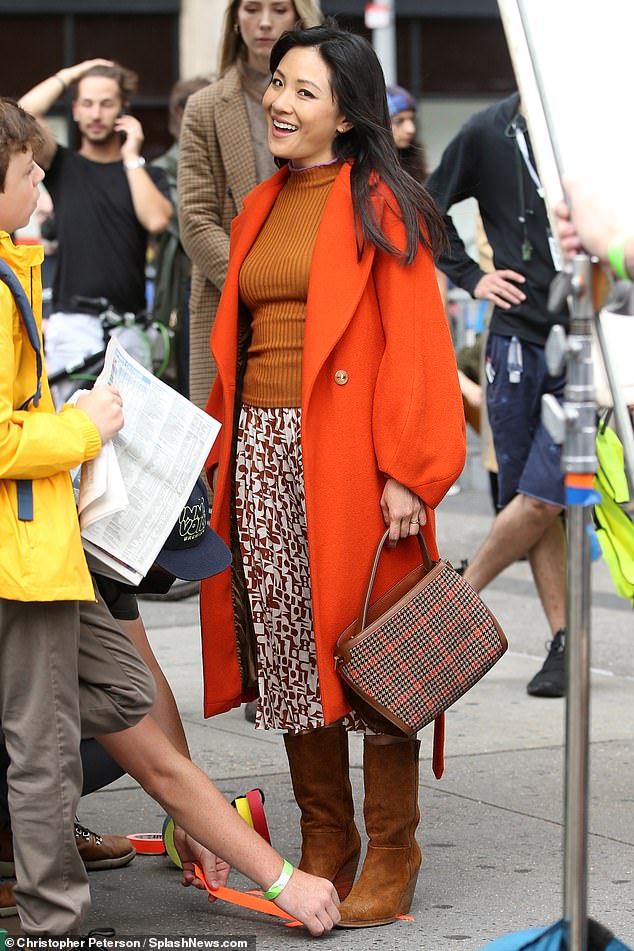 Smile! The actress beamed with joy as her place was marked

Co-stars: Wu and her co-star Winslow Fegley were also spotted filming a day earlier on Wednesday

The star stayed hydrated with a can of Schweppes.

Not pictured on set was Constance’s co-star, actor Javier Bardem.

The book by Bernard followed a crocodile named Lyle who lived in a house on East 88th Street in the Big Apple, according to Deadline. 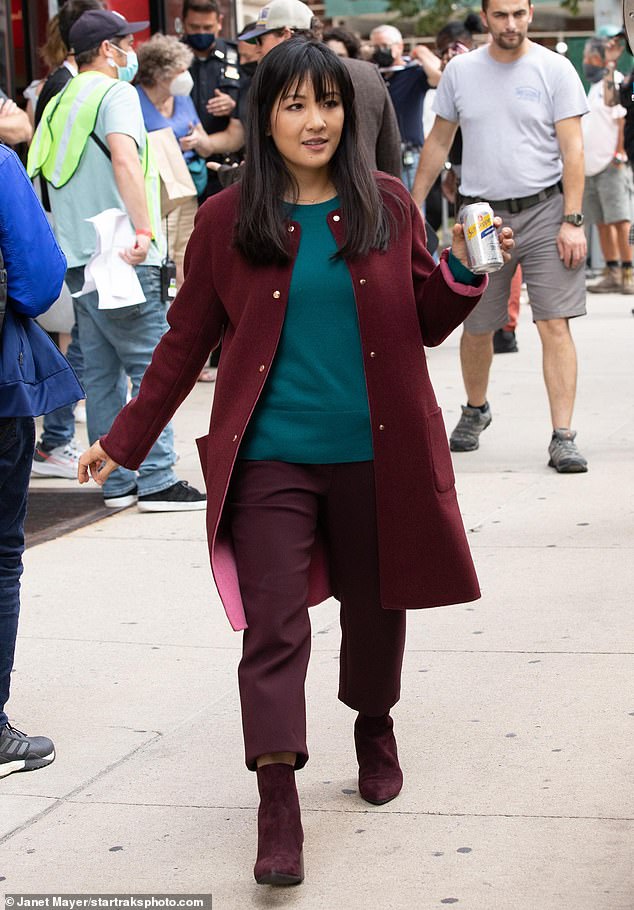 Staying hydrated: The actress was spotted carrying a can of Schweppes 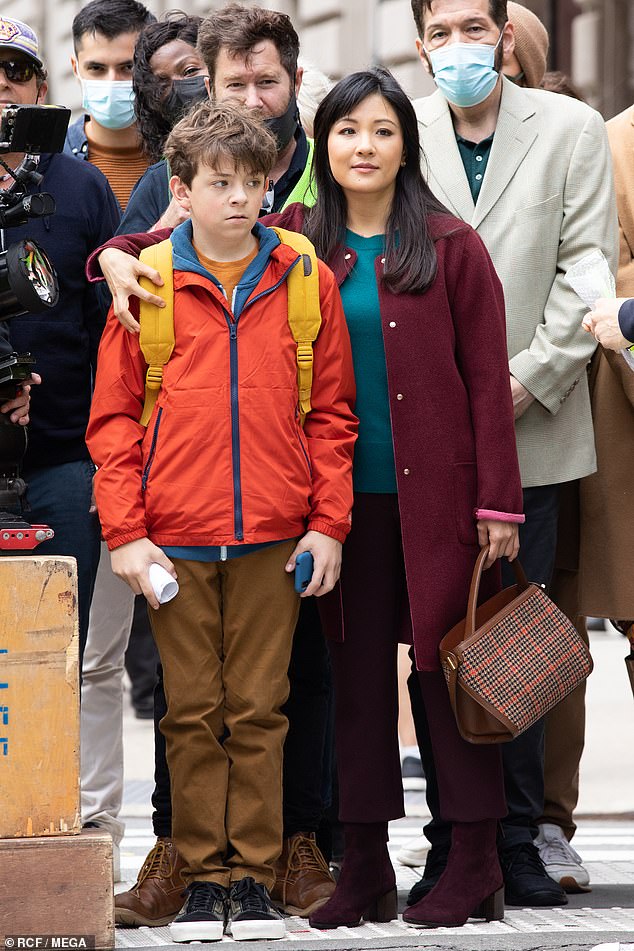 Film adaptation: The film is an adaptation of the 1965 children’s book written by Bernard Waber

Lyle loves assisting the Primm family with chores and playing with the neighborhood children. That is until a neighbor by the name of Mr. Grumps insists that the reptile should really be in a zoo.

‘Mr. Grumps and his cat, Loretta, don’t like crocodiles, and everything Lyle does to win them over seems to go wrong. It will take all of Lyle’s charm—and courage—to reveal the hero, and friend, behind the big crocodile smile,’ the site reads.

Lyle Lyle Crocodile has a release date of November 18, 2022.

In terms of her personal life, Constance is a new mother after giving birth to daughter with her rocker boyfriend Ryan Kattner last summer. 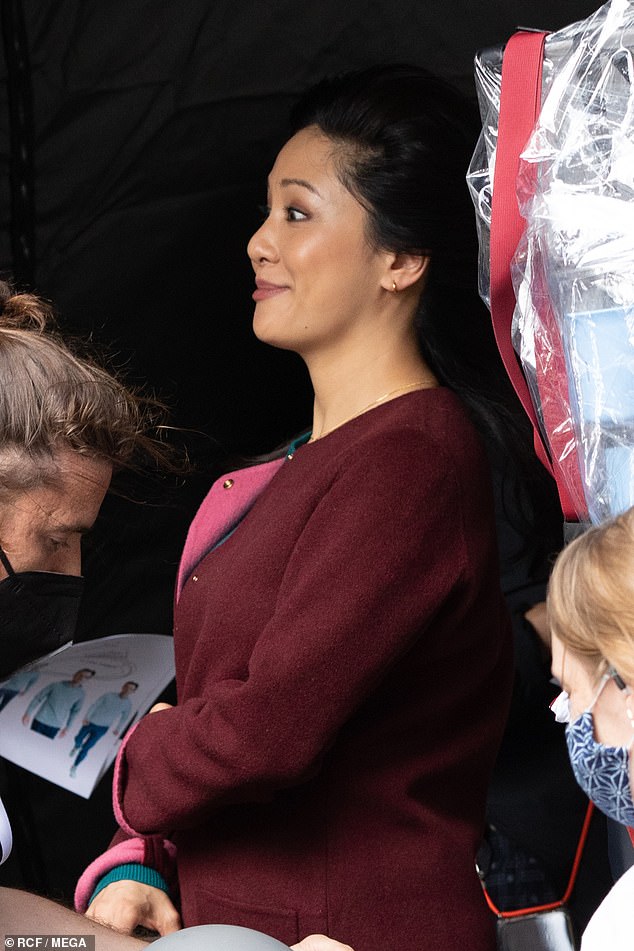 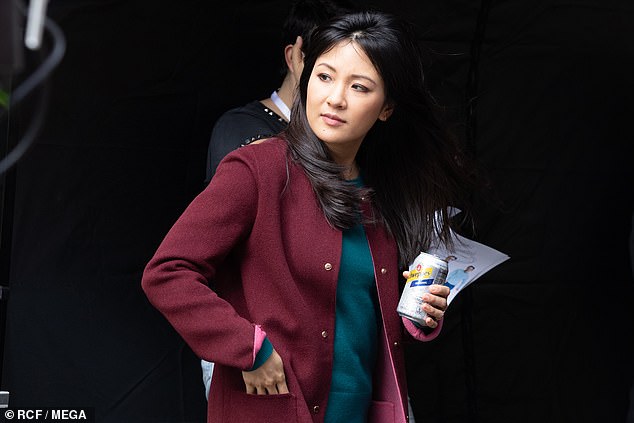