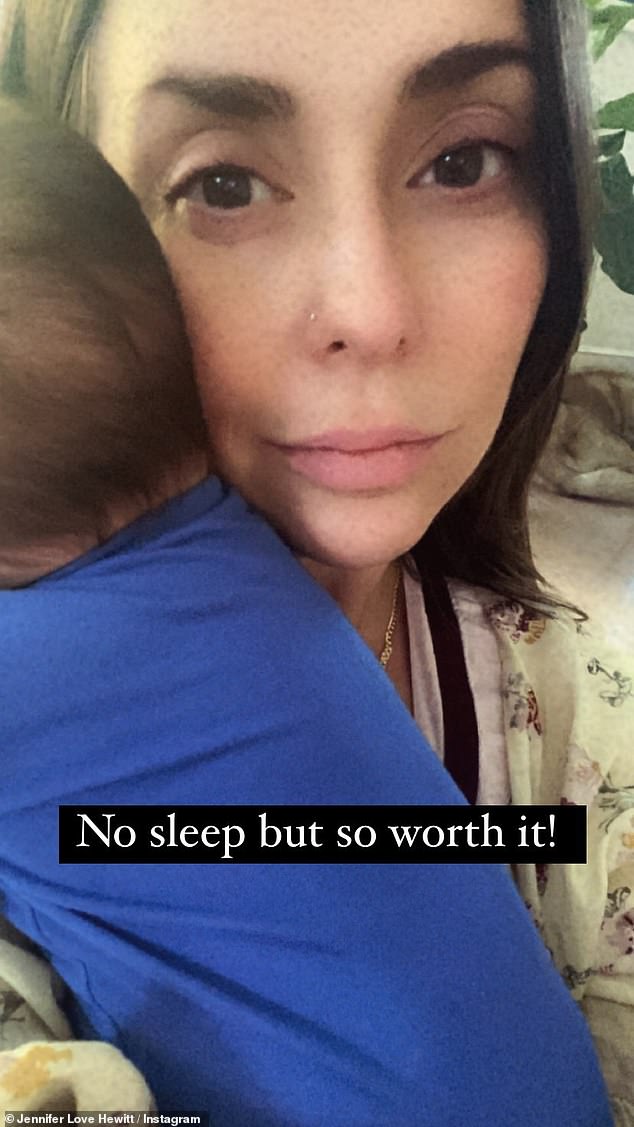 ‘No sleep but worth it!’ Jennifer Love Hewitt, 42, snuggles newborn in make-up free selfie just weeks after birth

By Mark Mcgreal For Dailymail.Com


She is a busy mother of three, and Jennifer Love Hewitt is acknowledging just how tough motherhood can be.

The actress, 42, took to Instagram on Thursday, in a no make-up selfie while holding her baby boy Aidan, with his back to the camera dressed in blue, in her arms.

Noting her exhausted appearance on the post, the I Know What You Did Last Summer actress wrote: ‘No sleep but worth it!’ 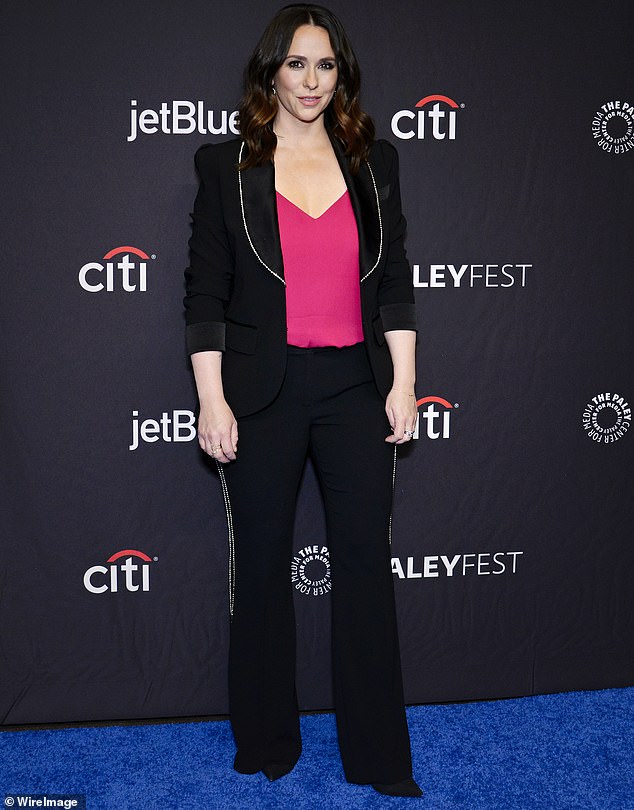 A far cry from the red carpet: Hewitt, seen here in 2019, looks very different after the birth of her third child then she during the glitz and glam of red carpet events

The Party of Five star and her husband of eight years, actor Brian Hallisay, welcomed Aidan into the world earlier this month. He is their third child.

Hewitt announced the pregnancy to People back in May. She told the publication at the time that the she was happy she already had two kids who could help her youngest learn the ropes.

‘I feel like we’ve been able to so far raise two really special kids who will be great role models,’ the 9-1-1 actress said. ‘This has been such a pleasant, beautiful, surprising gift in this time to be able to get to do all that again with another little human.’

Their other two children are 7-year-old Autumn and 6-year-old Atticus. 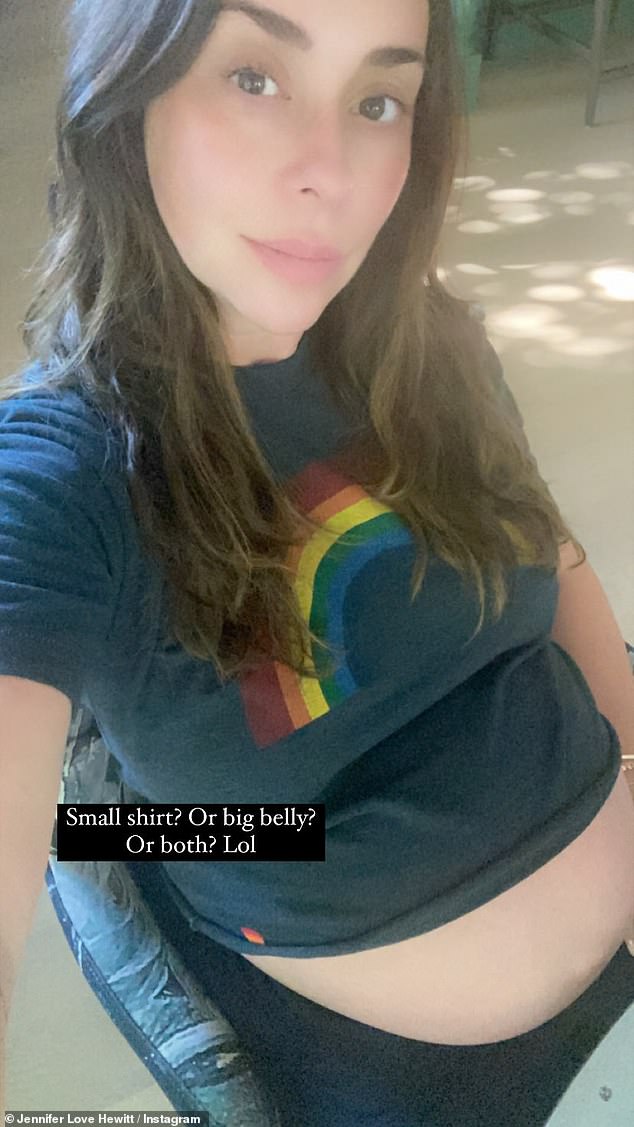 Finally a party of five: The actress posted this picture back in August before her third child, Aidan, was born 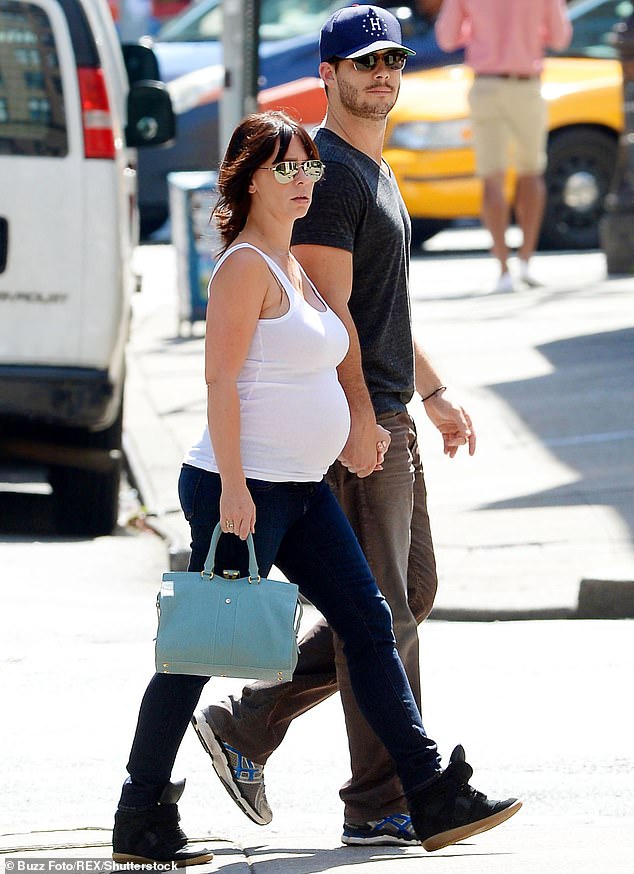 A couple in the industry: Hallisay and Hewitt, seen here in 2013, met while working on a pilot that wasn’t picked up in 2011 and reconnected on the set of The Client List

Hewitt and her husband met while filming an ill-fated pilot in 2011. They played exes on the show The Client List the next year and started dating shortly after.

The couple dated for about a year before marrying in November 2013. Autumn was born that same month.

While their personal life is going through a big change, their professional lives have stayed relatively stable in recent months. 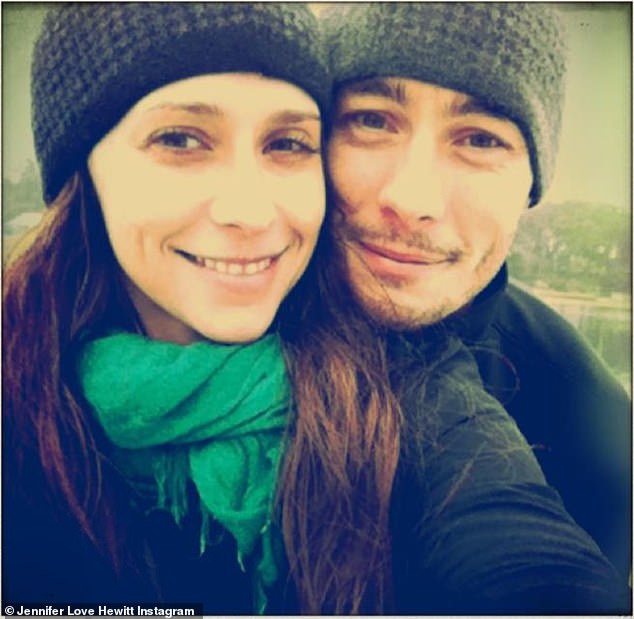 Still working: Both actors are still working consistently despite also raising their children

The I Know What You Did Last Summer actress has starred in 9-1-1 since 2018 as an emergency dispatch operator. She also took on a voice acting role in Pups Alone, her first feature film role since 2012.

Her husband has had a tougher time finding work recently but has appeared in some projects recently.

His last major television role came in the ABC series revenge where he played the role of Ben Hunter for more than 20 episodes. Since then, he has made appearances on shows like Major Crimes and NCIS, and he even joined 9-1-1 for a few episodes.