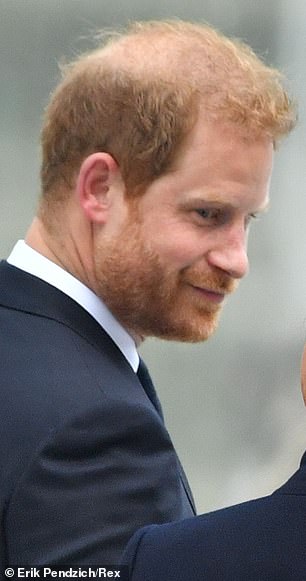 Prince Harry showed ‘noticeably’ thinner hair during his outing in New York today, after ‘clever retouching skills’ gave him a ‘full body’ of locks to match Meghan Markle’s on their recent Time 100 cover, a celebrity hairstylist has claimed.

The Duke, 37, and Duchess of Sussex, 40, who are currently living in her $14 million mansion in California having stepped back from royal duty last year, began a whirlwind trip to New York today by visiting One World Trade Center this morning.

The appearance comes days after the couple appeared on the cover of Time 100 magazine, which was ruthlessly mocked on social media for its excessive use of Photoshop.

Much of the commentary focused on Harry’s locks, which appeared thicker than usual – perhaps due to some generous Photoshopping.

Celebrity hairstylist Tom Smith told FEMAIL Harry’s image appeared to be ‘noticeably different’ today, adding: ‘It seems to look like Prince Harry’s hair is fuller in the TIME picture and it would not surprise me if clever retouching skills helped play a part in defining his hair line and given him a fuller body of hair to match Meghan’s. ‘ 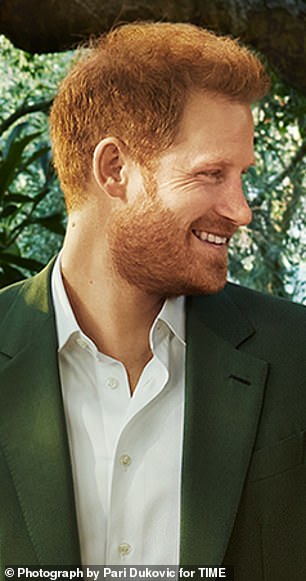 Prince Harry showed ‘noticeably’ thinner hair during his outing in New York today, after ‘clever retouching skills’ gave him a ‘full body’ of locks to match Meghan Markle’s on their recent Time 100 cover, a celebrity hairstylist has claimed (left, today, and right, on the Time 100 shoot)

Tom said: ‘In certain lights he does look as though he is thinning on top, and this most certainly may be the case considering his hair genes.

‘However, as a natural redhead, his hair will be far more susceptible to lightening in the sun.

‘With their new life on the west coast of the United States, there is no shortage of sunny weather and so the lighter, and therefore thinner appearance of the top of his hair, could be down to the Californian sun lightening the top of his hair more than we are used to seeing.’

However he added: ‘Although there is a noticeable difference at first glance when you compare today’s appearance to his TIME magazine photoshoot.’ 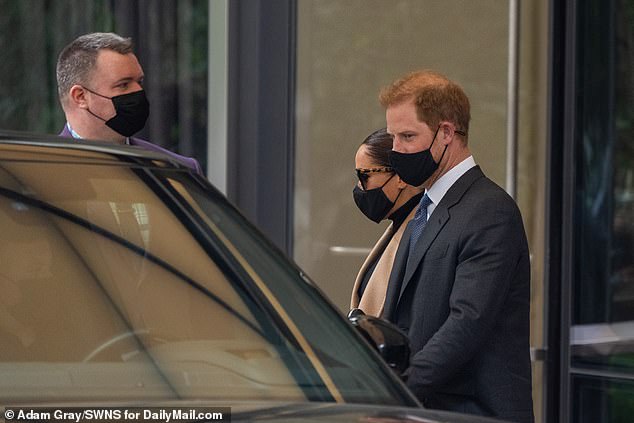 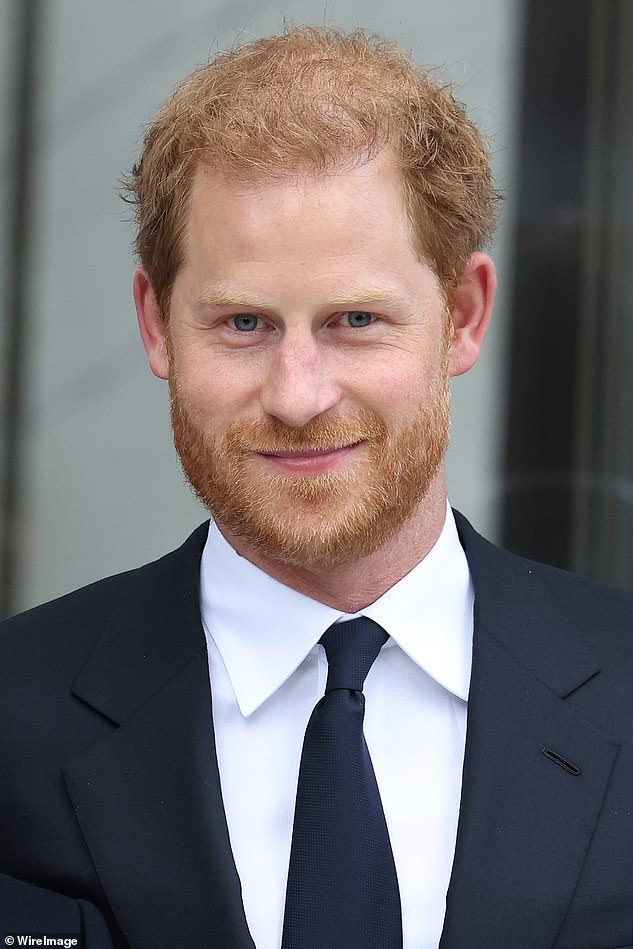 The stylist suggested Harry’s hair might look ‘ lighter, and therefore thinner’ because of the Californian sun lightening it

The celebrity hairstylist continued: ‘If it is thinning that we are seeing in his latest appearance Prince Harry will be well positioned in California to find an expert who can tackle the problem before it gets too much worse.

‘Having broken free from his royal duties, he may be more open-minded to seeking cosmetic treatment to re-densify his hair if needed.’

The Time 100 cover was mocked by fans earlier this week, with some ridiculing the awkward positioning of the photo as the Duke of Sussex appeared to be hiding behind his wife as he clutched her shoulders.

Many joked that Prince Harry looked like the Duchess’ hairdresser as he proudly stood behind her and she presented her voluminous hair. 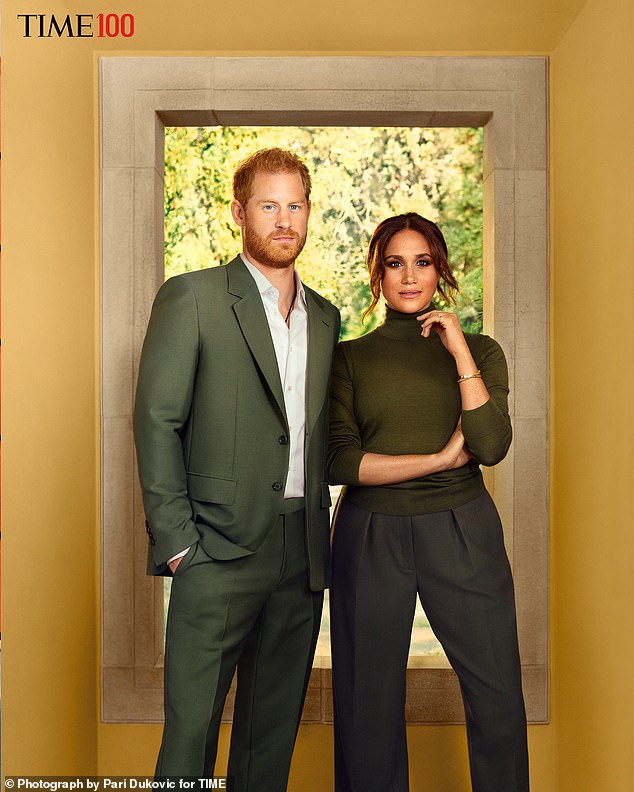 Much of the mocking commentary about the couple’s Time 100 photoshoot focused on Harry’s locks, which appeared thicker than usual – perhaps due to some generous Photoshopping

Though Prince Charles is still hanging on to his hair, Harry’s brother Prince William has long battled against baldness, and began losing his hair in his twenties.

The royal famously shaved his head in January 2018 in order to hide the worst impact of the hair loss.

Harry always loved mocking his brother for his hair loss, once quipping: ‘I think he definitely is brainier than I am, but we established that at school, along with his baldness.’

And it’s believed while on the royal’s recent tour of New Zealand a fan told him, ‘you look just like your father’ to which quick-witted Harry quipped, ‘I’m losing my hair like him too’.

But unlike his relatives, Harry has reportedly taken steps to reverse the issue by visiting a London hair-loss clinic in late 2019.

He is said to have undergone hair-thickening treatment at the prestigious Philip Kingsley Trichological Clinic, according to The Sun on Sunday.

The treatment has seen an improvement in the length and thickness of his hair.