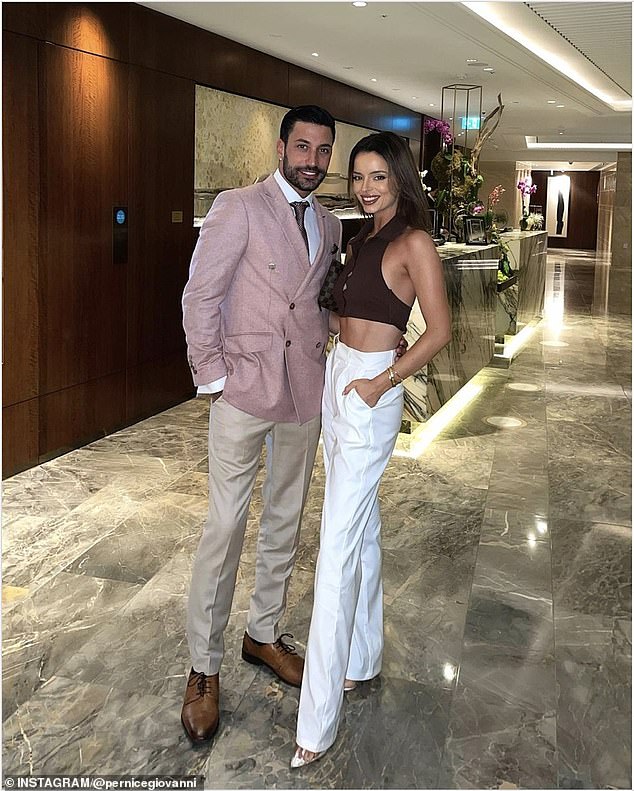 By Laura Parkin For Mailonline


Maura Higgins wore a crop top and trousers for a swanky date night with her Strictly pro boyfriend Giovanni Pernice ahead of Saturday’s show.

The couple headed to Shangri-La at The Shard in London on Wednesday evening and shared a cosy snap on Instagram.

The former Love Island star opted for a pair of white wide leg trousers that nipped in at the waist to show her washboard abs.

She tied the look together with pointed see through heels and a classic brown Louis Vuitton clutch bag.

Italian dance champion Giovanni wore a pale pink linen blazer which he paired with beige suit trousers for the outing.

He looked dapper in the outfit which he styled with a pair of brown brogue shoes and matching chocolate tie. 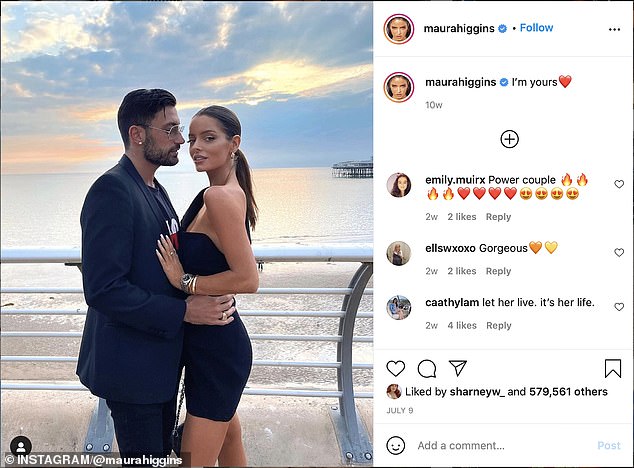 ‘I’m yours, you’re mine’: the couple have been dating since July and have been known to post heart felt Instagram posts mirroring each others captions 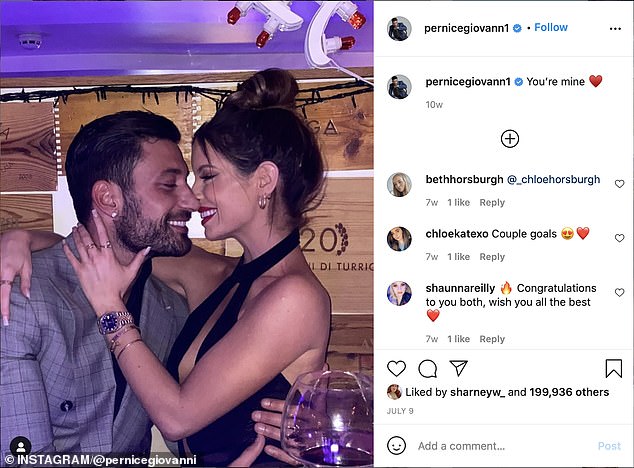 Loved up: They love to be very public about their romance on social media

The couple have been dating since July this year and have been known to post heart felt Instagram posts to express their feelings for one another.

Giovanni has appeared as a professional on the competition since 2015 so far placing in second place twice with his celebrity teammates.

This year he has been paired with British actress Rose Ayling-Ellis, 26, known for playing Frankie Lewis on EastEnders. 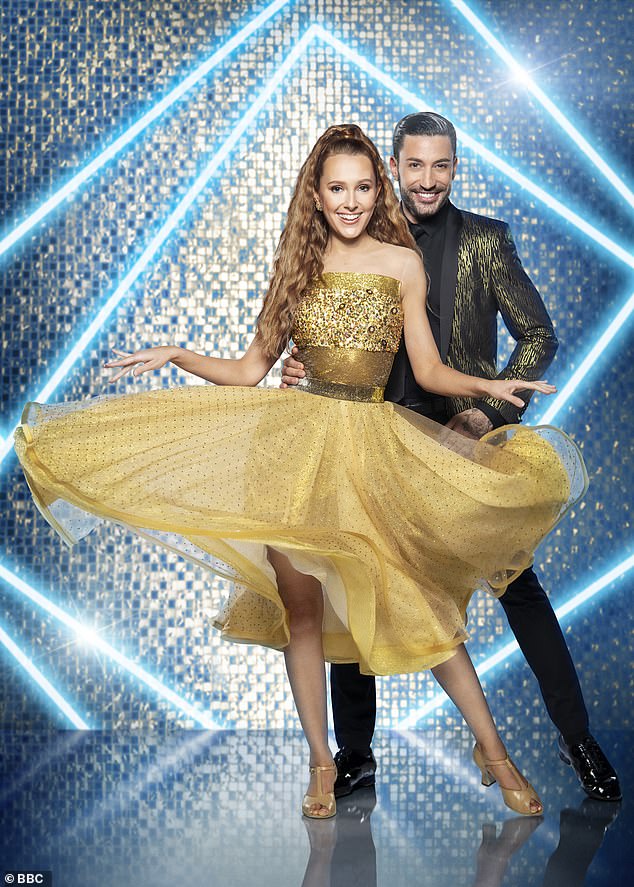 The soap star will be the first ever deaf, sign language user to compete in the series.

In a tweet earlier today, the BBC revealed that Saturday’s first live show will see Giovanni and teammate Rose jive to Shake It off by Taylor Swift.

The 19th series of Strictly Come Dancing will continue on Saturday 25 at 7:45 with its first live show. This follows from last weeks prerecorded pairing episode.