Apple could use ultra-strong titanium to build its iPhone 14 – but will likely continue to make the screen and device back with glass,’ analyst says JPMorgan Chase said the 2022 iPhone will have titanium alloy on its chassisThis mixture is both stronger and more resistant to scratches than current iPhone modelsThe high-end iPhone 12 … Read more

Camila Cabello has come under fire after including an overly spray-tanned dancer in the premiere performance of her single Don’t Go Yet on Jimmy Fallon, which aired Friday. And the 24-year-old Cuban-American singer addressed the growing backlash by sharing a message with her Twitter following, which was composed on the notes app on her iPhone, on Saturday … Read more

As the father of three young children, Muhammed Murtaza knows only too well how precious even the odd minute or two of peace and quiet can be in a busy day. So when his seven-year-old son Ashaz asked to play a game on his iPhone, he was happy to oblige. What he only discovered later … Read more

Apple refuses to deliver iPhones to bemused residents in rural village because it thinks they live in a post office box Celine Driscoll, 43, was trying to buy an Apple iPhone from their websiteBut tech giant refused to accept her Boxted address, thinking it was a PO BOXThe 1,400 residents of the village near Colchester … Read more

The purported release date for the iPhone 13 is just three months away, and rumors about its various features are swirling even faster: the latest is that Apple’s next-gen smartphone will pair with a larger wireless charging coil. EverythingApplePro‘s Max Weinbach reported Sunday that the phone will have a stronger array of magnets in the … Read more

A father was forced to sell his family car after his seven-year-old son unwittingly ran up a bill of nearly £1,300 while playing on a game on his iPhone. Muhammad Mutaza, 41, from Colwyn Bay, North Wales, was handed the £1,289.70 Apple iTunes bill after his son Ashaz made a series of in-app purchases while … Read more

Apple warns to keep their products away from medical devices like pacemakers after test found iPhone 12 was able to STOP device responsible for regulating heartbeat Apple has updated the list of products that could interfere with medical devices Included in the update are versions of AirPods, Apple Watch, HomePod, iPad, iPhone 12, various Macs and Beats … Read more

iPhone users who have installed Apple’s new software update, iOS 14.6, are complaining that it’s draining their entire battery within hours.  Apple’s Community Forum is littered with complaints about the update, which Apple released to users on May 24.  One user on the forum posted the message: ‘My battery life on iOS 14.6 is terrible what … Read more 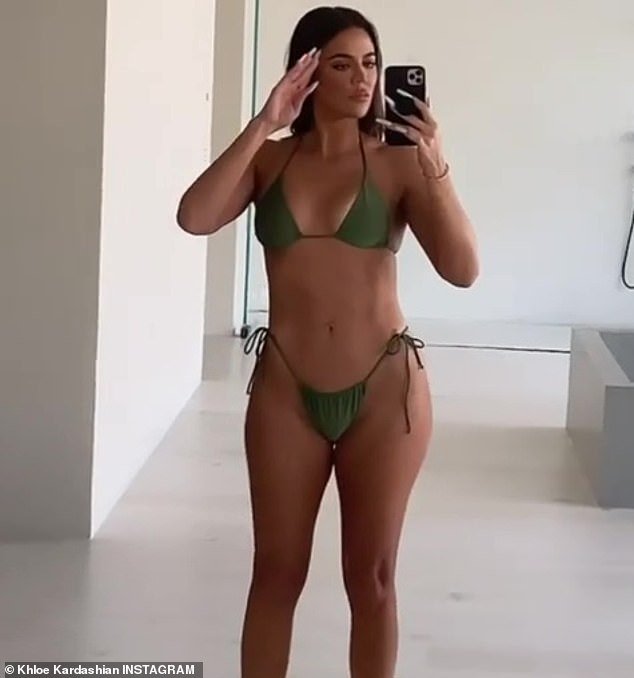 She may be in the middle of yet another drama with her on-again beau Tristan Thompson, but Khloe Kardashian is carrying on as normal when it comes to her social media presence.  On Tuesday, the Keeping Up with the Kardashian star showed off her flawless body in a olive green string bikini set, which appeared … Read more