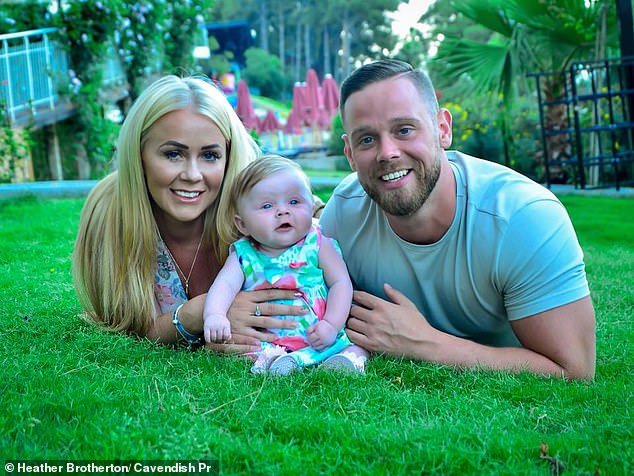 A fit and healthy baby died mysteriously during a family sleepover whilst her parents were attending a concert by the rock star Ed Sheeran.

Five-month-old Esme Brotherton was found unresponsive by her aunt after the infant fell asleep in her arms on a sofa.

The baby was later pronounced dead in hospital despite efforts by her aunt and paramedics to revive her. Tests were unable to establish a cause of death.

An inquest heard Esme, from Middleton, Greater Manchester, had been born 19 days early by emergency C-section but after being treated for jaundice was allowed home and got into a regular pattern of feeding and eating.

The tragedy occurred in May 2018 after her parents Shaun and Heather Brotherton got tickets to see Sheeran at the Etihad stadium. The infant’s aunt Danielle offered to look after the child at her home in Northern Moor.

Mrs Brotherton, an office manager told the Manchester hearing: ‘Myself, Esme’s father and his mum were going to the concert and it was due to start around 5-6 pm.

Esme Brotherton, a healthy five-month-old, died mysteriously in the arms of her aunt who was babysitting while parents Heather and Shaun (pictured with Esme) were at Ed Sheeran gig 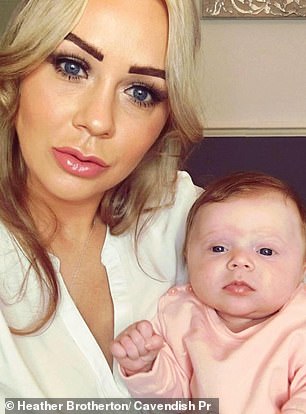 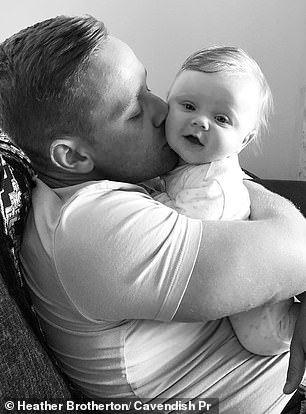 Inquest heard Esme’s aunt Danielle was babysitting and had fallen asleep with the baby in her arms and when she woke up, Esme (pictured with mother and father) was found unresponsive

‘Danielle was looking after Esme overnight for the first time but she had two older children of her own and I arranged a travel cot in another room.

‘Our intention was just to go to the concert, then go to home but we went to a local pub before returning with my mother-in-law.

‘She and Shaun carried on drinking downstairs and I went to sleep, knowing I was picking Esme up the next day.

‘Shaun then received a phone call from Danielle to say Esme wasn’t breathing, and we had to go to Wythenshawe hospital as soon as possible.. I couldn’t think straight.’

‘We got straight into the car and drove to Wythenshawe hospital A&E. In the car, I phoned Danielle asking her to tell me what happened but I couldn’t understand what Danielle was saying.

‘All I could gather was that she and Esme had fallen asleep on the couch, but I didn’t know any more than that, and now it seemed Danielle wouldn’t talk to me or Shaun. 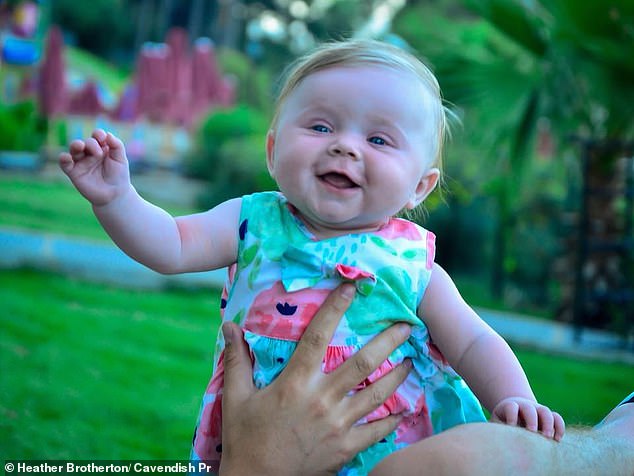 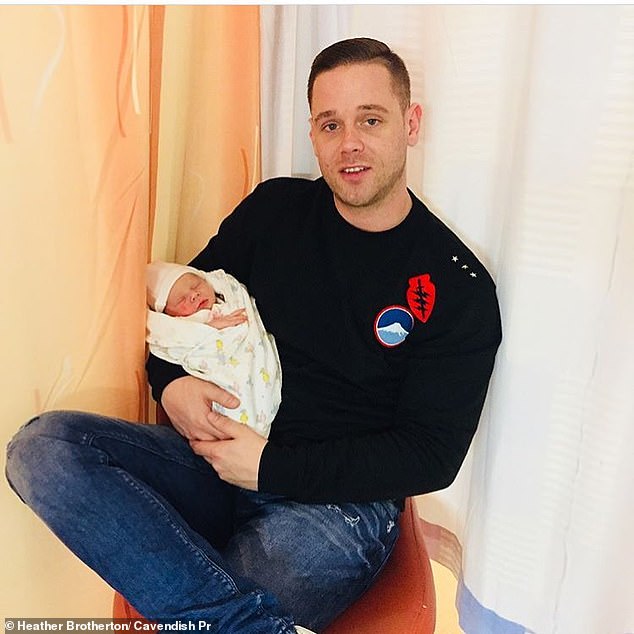