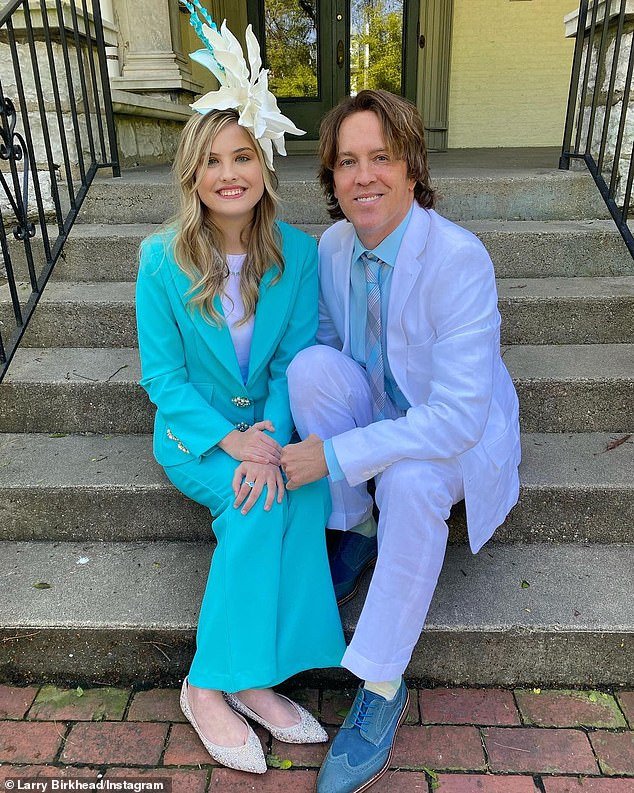 The 14-year-old daughter of the late model  —who died from an accidental overdose in 2007 — beamed with excitement as she and her dad, 48, geared up for a day of horse racing at Churchill Downs.

The pair posted a trio of photos on their joint Instagram account accompanied by a lengthy caption with details on the weekend, as Larry joked that Dannielynn’s striking teal pant suit ‘finished first.’

The daddy-daughter duo posed on a stoop in one photo before sharing snaps from the race track, one of which featured the blonde teenager in a studded face mask to match her outfit.

‘It’s that time of year again. The @kentuckyderby weekend is here! Even though our favorite event The Barnstable-Brown Party won’t be back until next year, we decided to head out on this beautiful day to Churchill Downs racetrack in preparation for The Kentucky Derby,’ they wrote.

Dannielynn looked very grown up in a bright Jovani pantsuit adorned with pearl buttons in the shape of flowers.

And she continued to dazzle in a pair of studded flats while additionally going all out with the derby theme as she sported a white flowered fascinator. 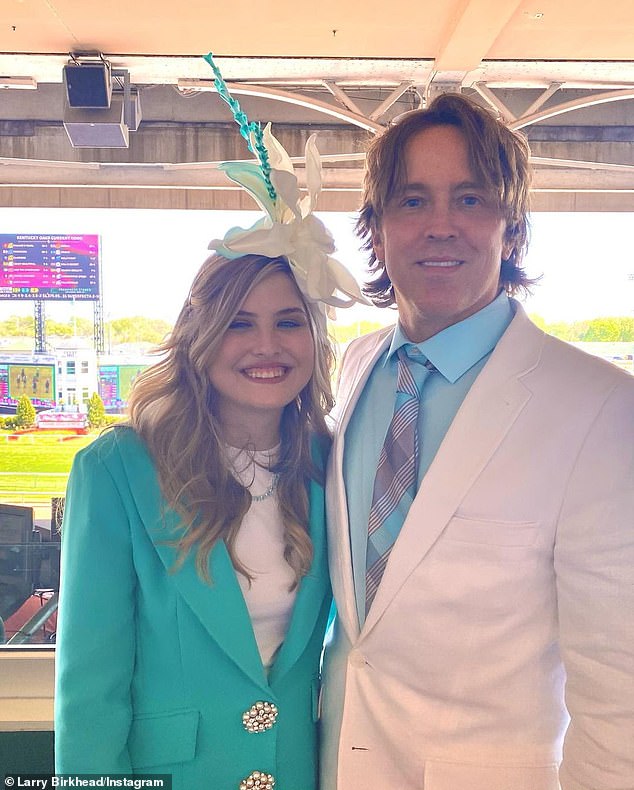 Annual outing: ‘It’s that time of year again. The @kentuckyderby weekend is here!,’ a snippet of the caption read, as they shared photos of their look for the annual race at Churchill Downs 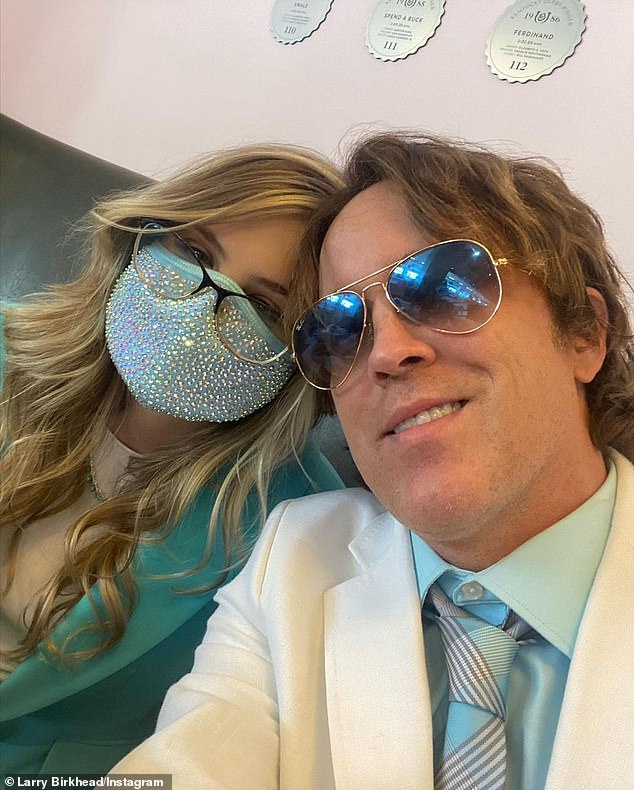 Racing puns: ‘Dannielynn “finished first” in her pant suit and a beautiful white flowered fascinator,’ he wrote, continuing to say she was certainly growing into a teenager with many opinions 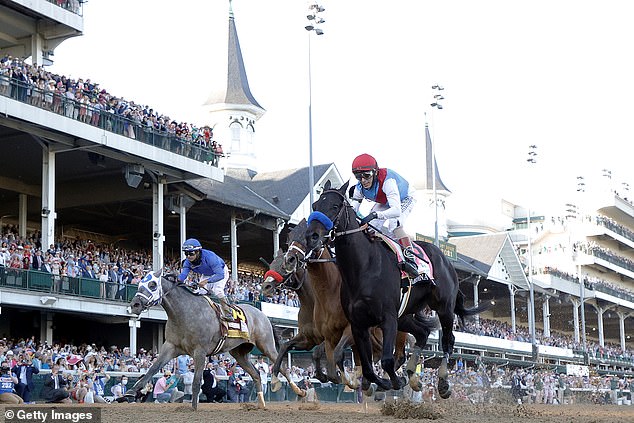 147 years: The Derby was back in action with many celebrities coming out to watch the race take place in Kentucky for the 147th year; pictured May 1