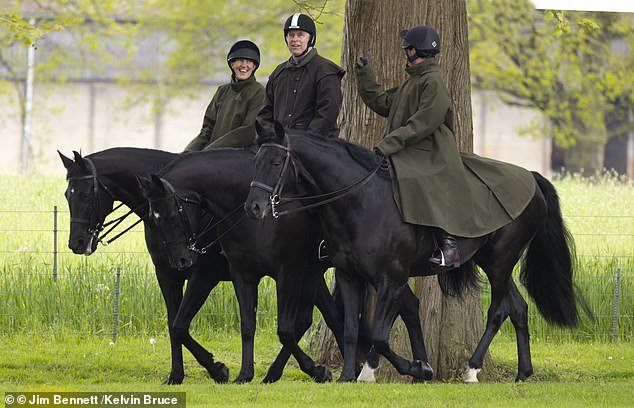 By Bhvishya Patel For Mailonline

Prince Andrew appeared at ease as he was spotted taking an early morning ride on his horse in the grounds of Windsor Castle today.

The Duke of York, 61, who sported a black jacket and a riding hat, appeared relaxed as he enjoyed a horse ride at his mother’s home along with his two grooms.

The royal was later spotted driving away from the castle grounds in his personalised Range Rover.

The scenes came as the royal’s daughter Princess Beatrice and his former wife Sarah Ferguson were also seen driving away from Windsor Castle after a visit earlier today. 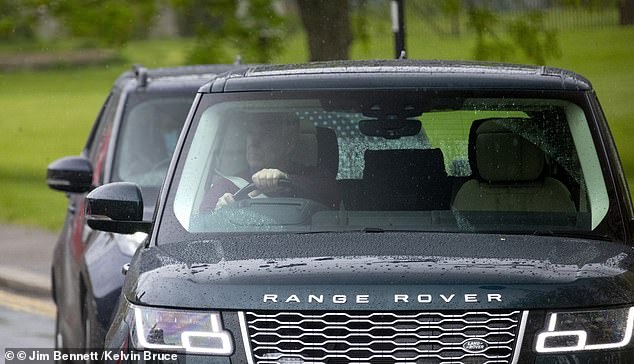 Last month it was reported that Prince Andrew gifted his mother with two puppies to help her cope when her late husband was in hospital.

Her Majesty was given the dogs in February to keep her company in Windsor while the Duke of Edinburgh was recovering from heart surgery.

It later emerged that the pups were ‘bought by Prince Andrew’ in a bid to cheer his 94-year-old mother up.

The reports came as royal experts predicted the Duke of York was ‘trying to rehabilitate himself’ and get back into the royal fold – despite his brother Prince Charles pushing plans for a slimmed-down monarchy.

The Queen has turned to her dogs for comfort in the aftermath of her husband’s death.

The day before Prince Philip’s funeral, she drove her two puppies from the castle towards Frogmore Gardens for a walk.

The Queen named the corgi Fergus, after her maternal uncle Fergus Bowes-Lyon, who died in France during World War I.

She named the second, a corgi, Muick – pronounced Mick – after Loch Muick, a lake on the Balmoral Estate in Scotland

A source told The Sun: ‘The Queen did not plan on getting any new dogs as she feared she was getting too old. 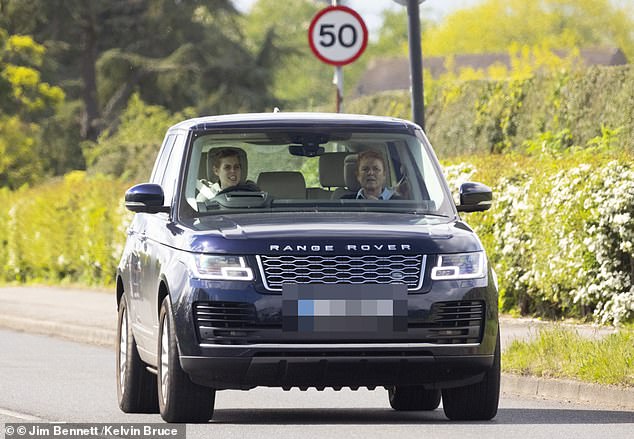 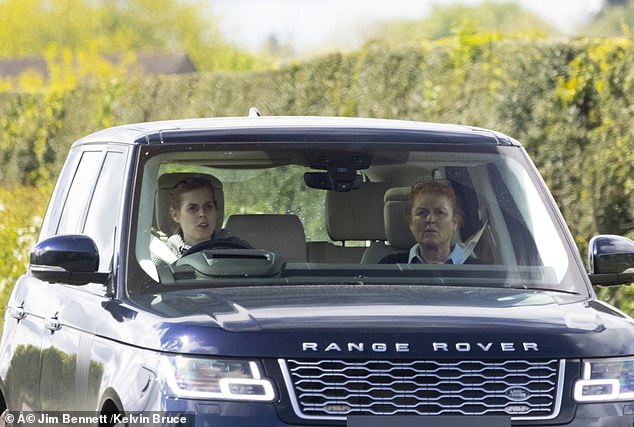 ‘But it was Andrew who surprised his mum with two new puppies when she felt down and alone in the Castle after the Duke was taken to hospital.’

Prince Andrew stepped down from royal duty in November 2019 following a disastrous interview with Newsnight and scrutiny over his friendship with the convicted paedophile Jeffrey Epstein.

However his latest appearance comes after it was suggested Prince Charles is planning to slim down the monarchy in the wake of his father’s death and after Prince Harry and Meghan Markle decided to trade in royal life for LA.

Last month, the Duke of York sat next to the Queen at his father’s funeral before leaving in his new £220,000 Bentley.

On April 11, he also spoke to television cameras outside the Royal Chapel of All Saints at the Royal Lodge in Windsor, two days after his father’s death.

That appearance, where he paid tribute to the Duke of Edinburgh, was the first time he had directly addressed cameras since his car crash interview about his friendship with Epstein.