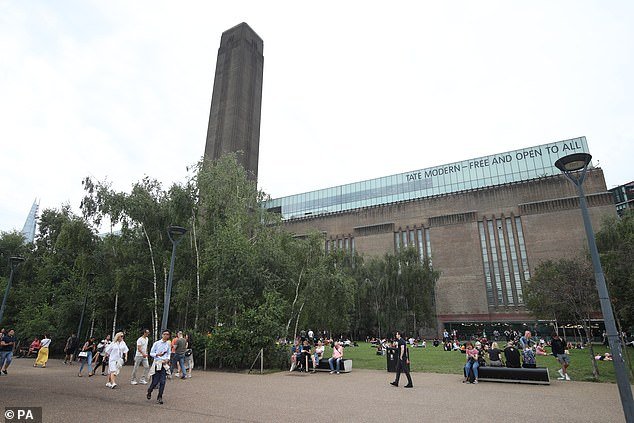 Tourism chiefs are calling for an additional day off in September in a bid to boost visitor numbers to attractions hard hit by the pandemic.

Attractions such as museums, theme parks, galleries and stately home struggled in 2020 as coronavirus restrictions forced them to close overnight.

Tightening restrictions, a sharp fall in foreign visitors and various lockdowns have also hampered their recovery over the course of the year, leaving many struggling to survive.

Bernard Donoghue, head of the Association of Leading Visitor Attractions, called it an ‘extraordinarily tough year for the tourism sector’.

He said: ‘We continue to ask the Government to introduce a new Bank Holiday for 2021 at the end of September to thank the NHS and key workers and help the tourism industry repair our balance sheets.’

Tourism chiefs are calling for an additional day off in September after visitor numbers and revenues plummeted due to Covid. Pictured: Tate Modern, the most visited attraction in the UK in 2020 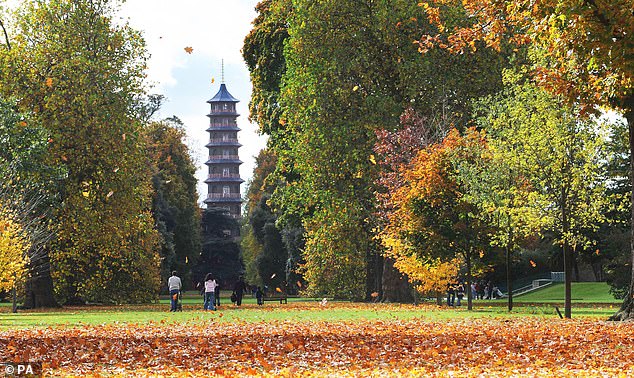 Attractions such as museums, theme parks, galleries and stately home struggled in 2020 as coronavirus restrictions forced them to close overnight. But those with outdoor space had more visitors. Pictured: Royal Botanic Gardens at Kew, London 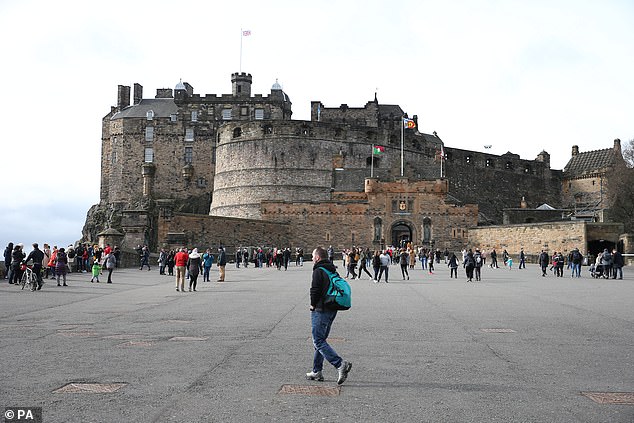 Figures released by the ALVA today show that there ws a 70% drop in visitor numbers last year on 2019, with attractions like Edinburgh castle recording a significant drop in visitors

Art galleries, museums, and gardens: Visitor numbers for some of Britain’s top attractions

Figures released by the ALVA today show that there ws a 70% drop in visitor numbers last year on 2019.

The figures, which are distorted as they include the first three months of 2020 before the virus took hold, show 45.4million people visited the top attractions in the UK during 2020, a significantly lower number than the 151.3 million the year before.

Despite lockdown restricitons easing, attractions will also miss out on the revenue from the upcoming May Bank Holiday weekend as most businesses will remain closed to comply with Government guidelines.

It has prompted calls from tourism chiefs for another Bank Holiday later this year to make up for the shortfall.

Mr Donoghue said: ‘The tourism sector was the first to be hit by coronavirus, it has been hit the hardest and it will take the longest to recover.

‘However, people have been cooped up for so long that they are desperate to get out and enjoy what is often on their doorsteps.

‘It may well take another 18 months for tourism to recover, especially as there will not be any overseas tourists for the foreseeable future.

‘But if there is ever a summer to get out and enjoy attractions, it is this year.

‘This is the summer to enjoy culture, heritage and the arts without the queues.’

He urged Ministers to consider an additional day off saying that it would help leading attractions recover from the blow suffered as a result of Covid.

‘Our annual figures for 2020 reflect what a devastatingly hard year the Attractions sector and the wider visitor economy faced,’ Mr Donoghue added.

‘Tourism is the UK’s 5th biggest industry and, as these figures show, was hit first, hit hardest and will take the longest to recover. 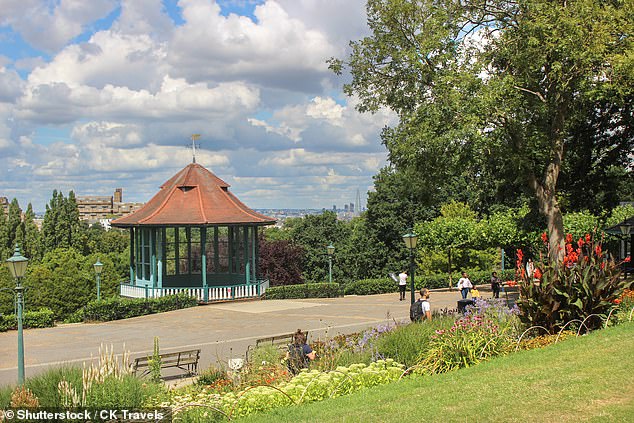 The Horniman museum and gardens in south London saw an increase in visitors in 2020. Tourism chiefs are calling for an additional day off so people can enjoy Britain’s attractions and boost revenues for struggling businesses

‘As we approach Easter, one of the economically important times for our members, we continue to question the Government’s decision to open non-essential retail but not indoor attractions, who will also miss the May Bank Holiday as well.

‘In the past 14 months, most of our members have been closed for every Bank Holiday.’

He welcomed the Chancellor’s extension of the Furlough Scheme, which has helped support hard-hit industries like tourism and retail stay afloat, and his announcement that VAT would remain at 5% until the end of September.

But he also urged people to visit British attractions when restrictions are eased as their support will be a lifeline to struggling businesses. 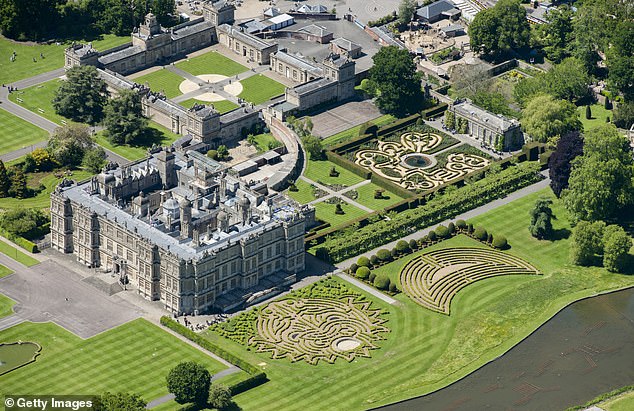 ALVA chief Mr Donoghue encouraged people to visit British attractions (pictured, Longleat stately home) when restrictions are eased as their support will be a lifeline to struggling businesses

Mr Donoghue highlighted how it is also an excellent time to visit the attractions as they will be operating at reduced capacity in line with Covid guidelines.

He said: ‘When the attractions were open, they were open with much reduced capacity and the public’s feedback was that they were not only Covid-safe but the visitor experience was superb.

‘This will continue when they reopen in April, May and June, so we urge you to visit them – whether they are in the city or in the country, you are likely to never see them so quiet again and be able to get so close to wonderful art, animals and performances.

‘Our museums and galleries, historic houses and gardens, cathedrals and palaces, castles and zoos, safari parks and heritage sites, theme parks and churches need your support more than ever before.’ 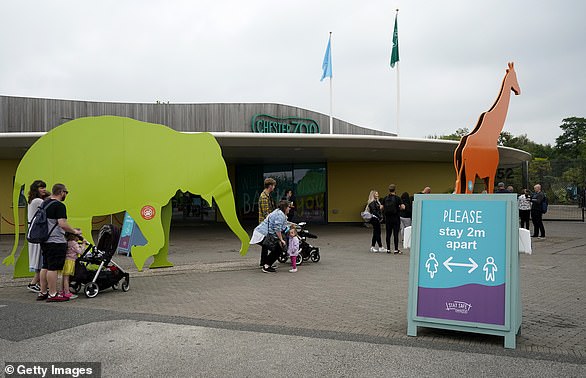 Leading attractions have seen a huge slump in visitor numbers since the virus hit a year ago – but people have been flocking to the great outdoors instead.

But attractions which have offered visitors the chance to explore gardens or parklands have fared far better, ALVA’s figures show.

And the ALVA say that unlike previous years, not all the Top 10 most visited attractions were in London.

The most visited attraction in the UK was Tate Modern with 1,431,704 visits.

The most visited attraction outside London was Chester Zoo, which moved 8 places to 6th with 1,182,652 visits.

Significant increases were seen by some of the top 20 attractions and for the first time, the most visited attraction in Scotland was Royal Botanic Garden Edinburgh which moved up 20 places to 17th and saw 452,479 visits.

The  ALVA report said: ‘Other notable increases in the top 20 reflected the important role some attractions have played in providing people with access to safe and well-managed outdoor spaces during the pandemic.

‘In Northern Ireland, Titanic Belfast remained the most visited attraction with 159,044 visits and Mount Stewart (National Trust) was the 2nd most visited moving up 46 places and welcoming 155,928 visits.

‘Two notable examples that would normally be among the most visited attractions were Royal Museums Greenwich which saw a 96% decline, with 111,263 visits and moved from 9th to 130th place on the table.

‘Edinburgh Castle, which is normally the most-visited paid for attraction in Scotland saw an 87% drop to 276,950 visits and went down 31 places to 44th.’