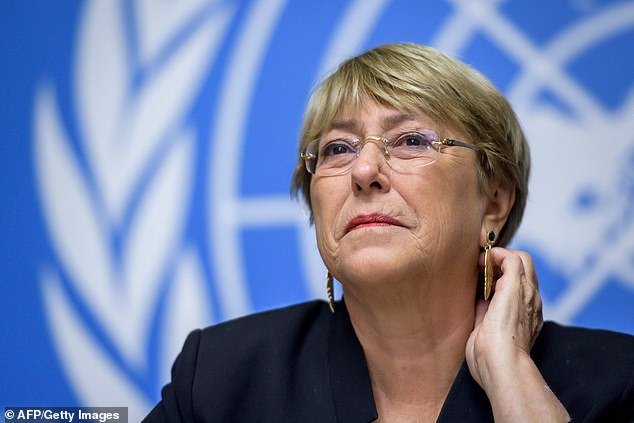 By Henry Martin For Mailonline

The Overseas Operations Bill, which is entering the final stages of the legislative process, would introduce a ‘presumption against prosecution’ for British personnel accused of historical war crimes.

According to ex-military chiefs and legal critics, this would damage the UK’s international reputation for integrity.

The Bill has also been criticised for recommending that requests for financial support brought by troops suffering from degenerative conditions such post-traumatic stress disorder should be ‘timed out’ after six years.

The Ministry of Defence would not be liable to pay compensation after this period.

Now, ahead of a crucial House of Lords debate on the Bill, the UN has joined those calling for it to be amended.

‘The prohibition of torture in international law is both clear and absolute: No exceptional circumstances whatsoever may be invoked as a justification of torture.’

Last night ex-Nato chief and former UK defence secretary Lord Robertson also highlighted adverse consequences for the UK from the passing of this legislation. He told the Financial Times: ‘It proposes a ‘presumption against prosecution’ of torture and other grave crimes after five years barring exceptional circumstances, thus risking the creation of de facto immunity after that time.

Former Parachute Regiment officer Dan Jarvis, now a senior Labour MP, has warned that any attempt to give immunity to soldiers would harm their reputation and Britain’s standing in the world

‘The Bill claims to support British troops but their reputation will be tarnished if they are no longer held to high legal standards.’

After five years any claims against UK soldiers would be required to provide ‘exceptional evidence’ of guilt and Britain’s attorney general would have to approve any prosecution.

Experts say these provisions breach international law and could give the green light to rogue states to declare themselves not guilty of human rights abuses after a given time period.

The MoD strongly denies claims the Bill amounts to an amnesty for British troops.

It said it is intended to block vexatious prosecutions based on bogus evidence and testimonies – such as those which caused distress to hundreds of UK veterans of the Iraq War.

Almost 1,000 compensation claims for unlawful detention were brought by Iraqis as well as 1,400 applications for judicial reviews into allegations of human rights abuses – the vast majority of which were dismissed.

Veterans minister Johnny Mercer insisted the legislation was not to put troops above the law but ‘protect them from lawyers intent on rewriting history to line their own pockets’.

But former Parachute Regiment officer Dan Jarvis, now a senior Labour MP, has warned that any attempt to give immunity to soldiers would harm their reputation and Britain’s standing in the world.

Compensation claims made by UK troops suffering from conditions such as PTSD and hearing loss would be timed out after six years under the Bill.

The MoD said most are already brought within six years.

But the Law Society said it would be a ‘gross injustice’ to veterans if they were denied the opportunity to claim for injuries. David Greene, from the society, said last year: ‘Only the Ministry of Defence stands to gain from the proposed time limit on compensation claims, as it would avoid having to pay court-awarded damages and costs.’