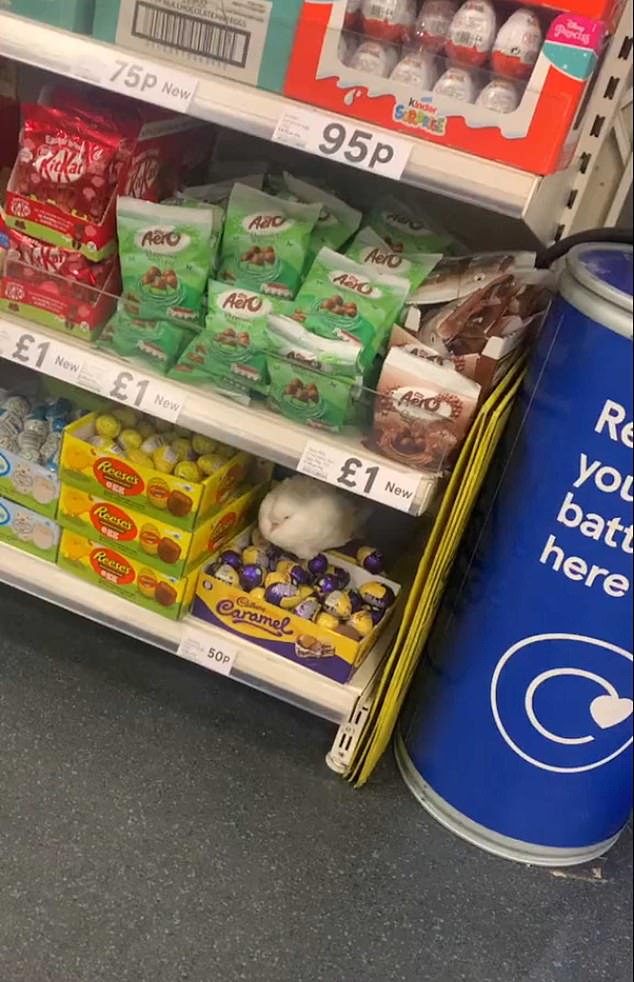 Simply the NEST! Heartwarming moment a lonely pigeon sits on a box of Cadbury caramel eggs inside a Tesco supermarket

This is the adorable moment a ‘mother pigeon’ sneaked into a Tesco store to guard a box of Cadbury chocolate eggs.

The protective bird is apparently a ‘regular’ at the branch in Enfield, North London where she was spotted nesting on top of the snacks. 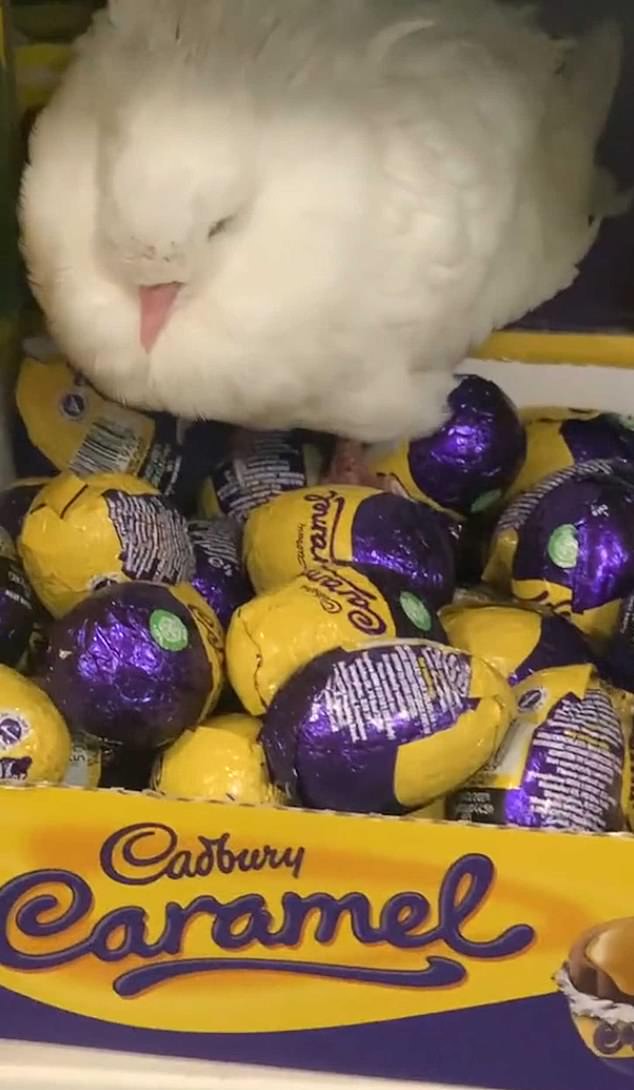 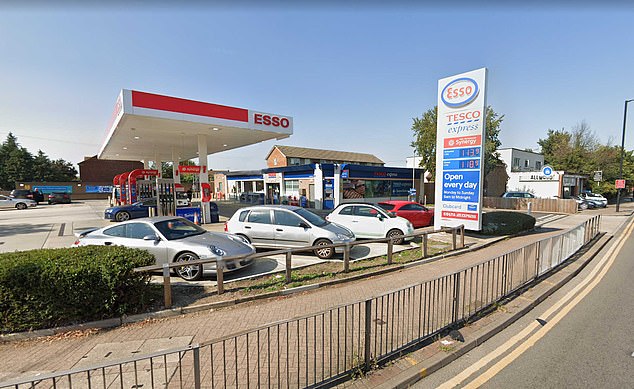 The incident happened inside  a Tesco store in Enfield, north east London

The video shows the white female pigeon tucked away on the bottom shelf of a confectionery display.

Under her feet is a box of Cadbury caramel eggs, which she carefully guards with her feathers puffed out.

The bird remains unfazed as Ms Blackman bends down to get a closer look, zooming in to show her talons embedded in the tray of chocolate treats.

Ms Blackman shared the moment on TikTok with the caption: ‘Female pigeon sneaks into Tesco to protect the chocolate eggs.’

The heartwarming video has since been viewed more than 187,000 times

One viewer wrote: ‘Okay, this is actually the sweetest thing ever. She’s protecting the chocolate eggs.’

Another added: ‘Is she laying Cadbury’s?’ One person replied: ‘Not me bawling my eyes out over a pigeon who thinks chocolate eggs are her babies.’

And another said: ‘Aww she is so cute, I wish you could keep her.’

Ms Blackman, who owns her own business explained: ‘The security said the pigeons are locals. The security guard keeps an eye on them.

‘I’ve been there a couple of times and they tend to fly in and stay near the door.

‘When I saw it I went back to my car to get my phone and thought, “wow the irony”.

‘I’m surprised it’s had such an impact, but all the TikTokers comments have been funny’.