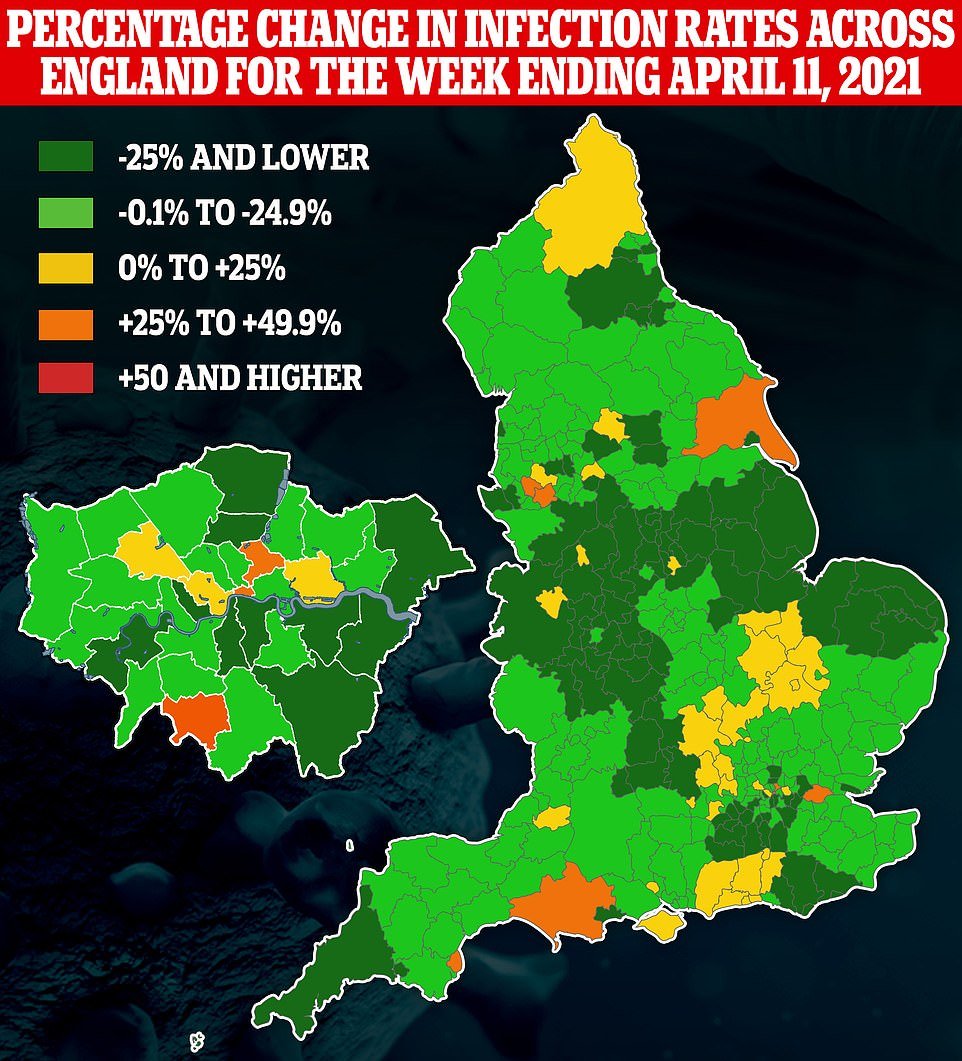 England’s coronavirus outbreak is still fizzling out in the wake of a successful vaccination drive, a raft of official statistics revealed today. Public Health England data shows the proportion of tests coming back positive has now slumped to record lows, with fewer than one in 500 swabs picking up the disease in parts of the … Read more 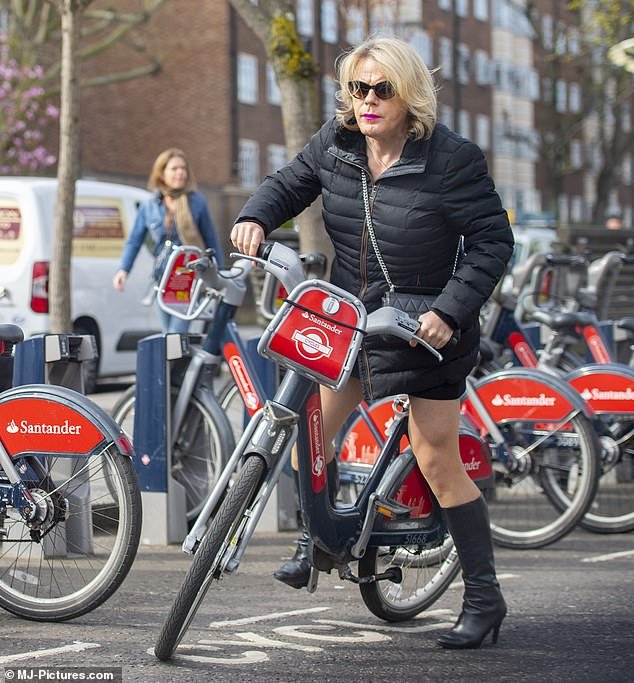 Eddie Izzard styles a mini-skirt with stiletto boots as she rides through London on a bike after revealing her gender is ‘elastic’ The trans comedian, 59, maintained her impressive fitness regime as she rode through London on a Santander bike on Thursday morning She recently completed 32 marathons on a treadmill in 31 days to raise … Read more 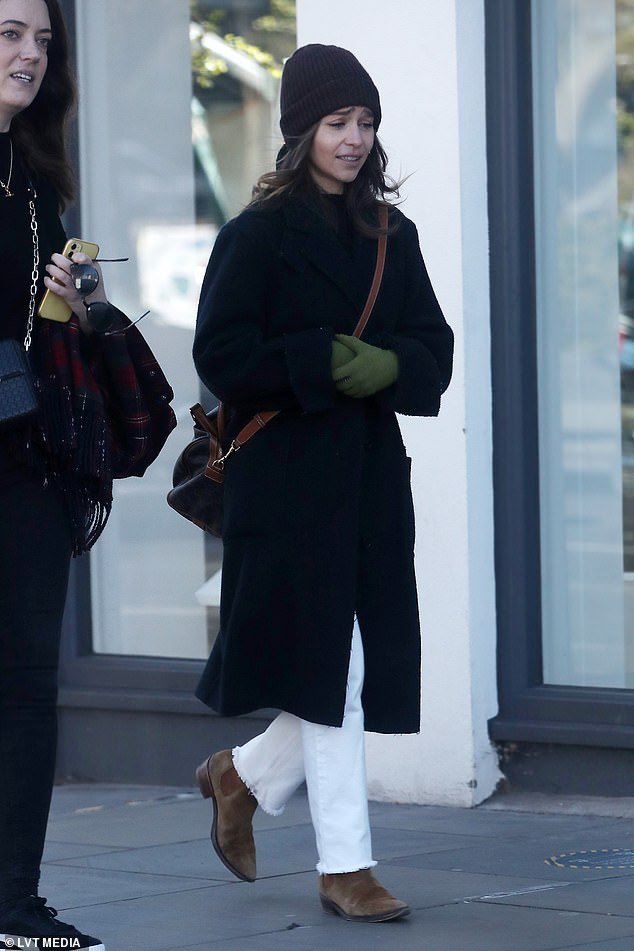 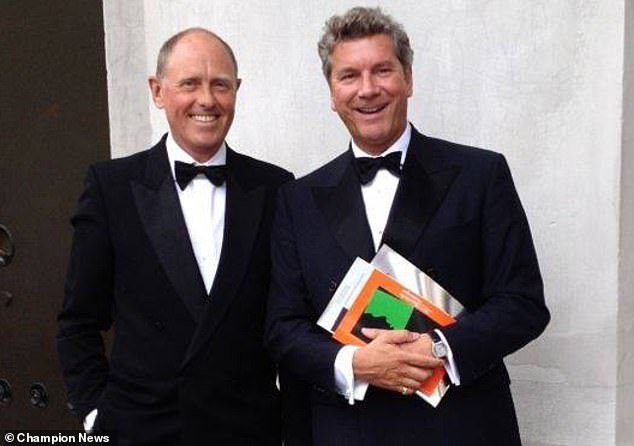 A millionaire couple have lost a £100,000 court fight after accusing their US business tycoon neighbour of ruining their soft furnishings with the smell of his cigars. PR boss Nick Boakes, 65, and his husband Harald Denker sued Jonathan Hagmaier and his wife, Mary, after accusing them of polluting the luxury London flat with smoke … Read more 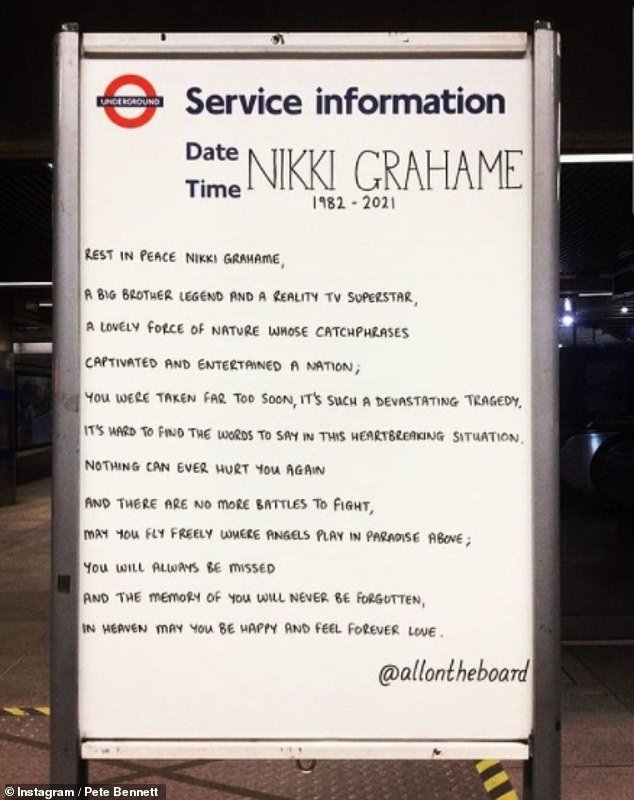 Nikki Grahame’s Big Brother ex Pete Bennett shared a touching London Underground tribute to Instagram on Thursday following her tragic death aged 38 last week. The reality star, 39, captioned the post with a broken-hearted emoji as he highlighted the heartfelt message by All on the Board – known for plastering inspirational quotes on boards all over … Read more 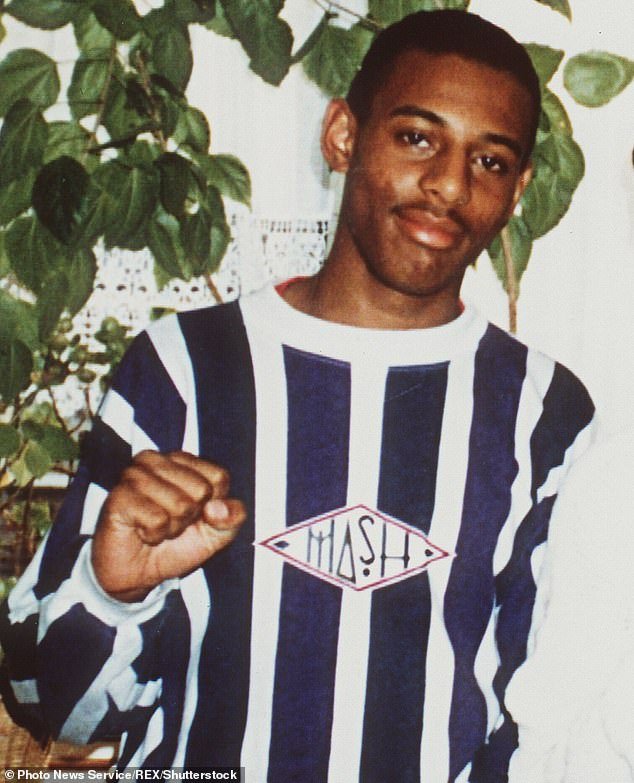 The mother of Stephen Lawrence said today that reliving his murder through the new ITV drama will be ‘very difficult’, but the next generation need to learn about the impact his death made on Britain. Baroness Doreen Lawrence, 71, was discussing the upcoming ITV drama Stephen, which stars Steve Coogan as DCI Clive Driscoll, joined by … Read more 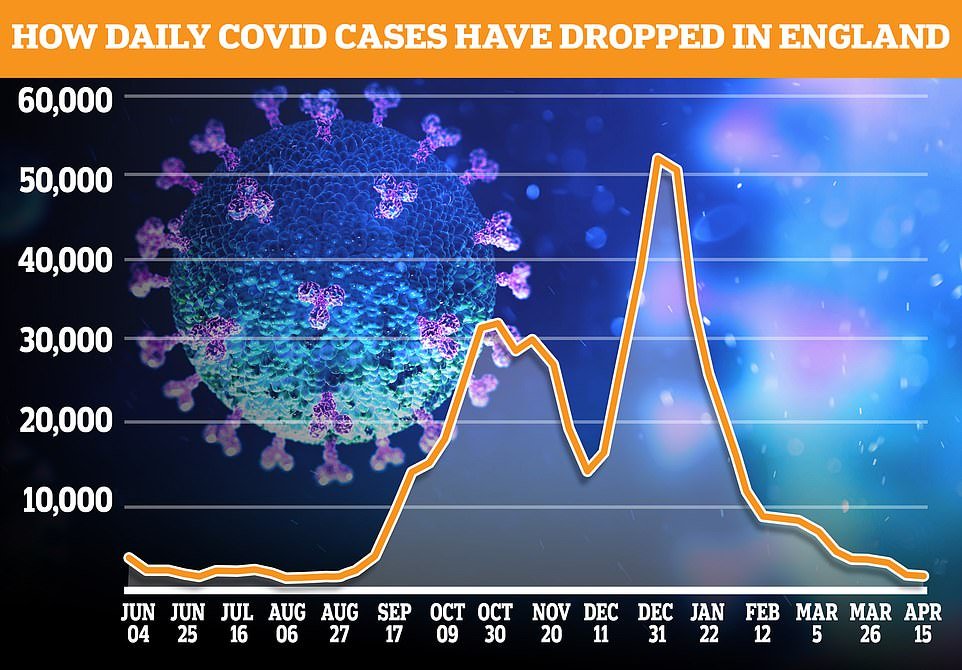 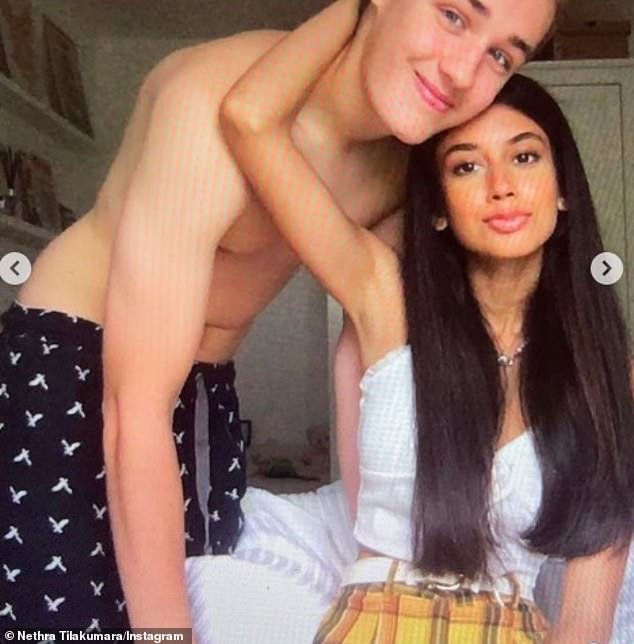 Archie Lyndhurst’s grieving girlfriend has paid tribute to her late beau on what would have been their second anniversary. Nethra Tilakumara, who starred with Archie in the CBBC show So Awkward, shared a heartfelt message and selection of snaps to Instagram to mark the sad date. The young actor, who is the son of Only Fools and … Read more 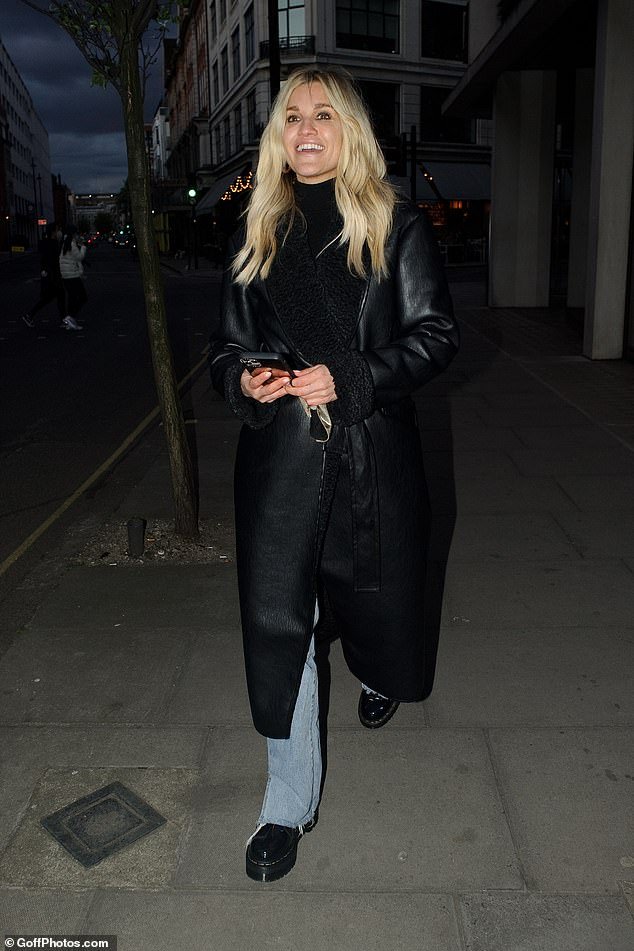 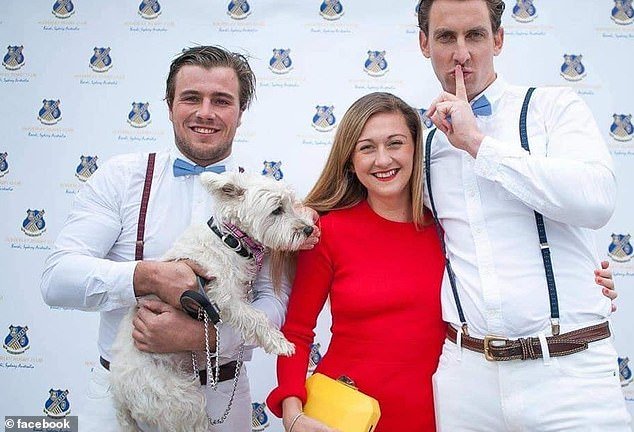 A talented rugby player and former soldier who was struggling with his mental health and the social isolation of Covid has left his partner and friends in deep shock after taking his own life.   Scott Sarson passed away last week, with his devastated partner of seven years Grace Clueit revealing he had been battling demons … Read more